Trigger’d: The Revival a Safe Space for Comedy 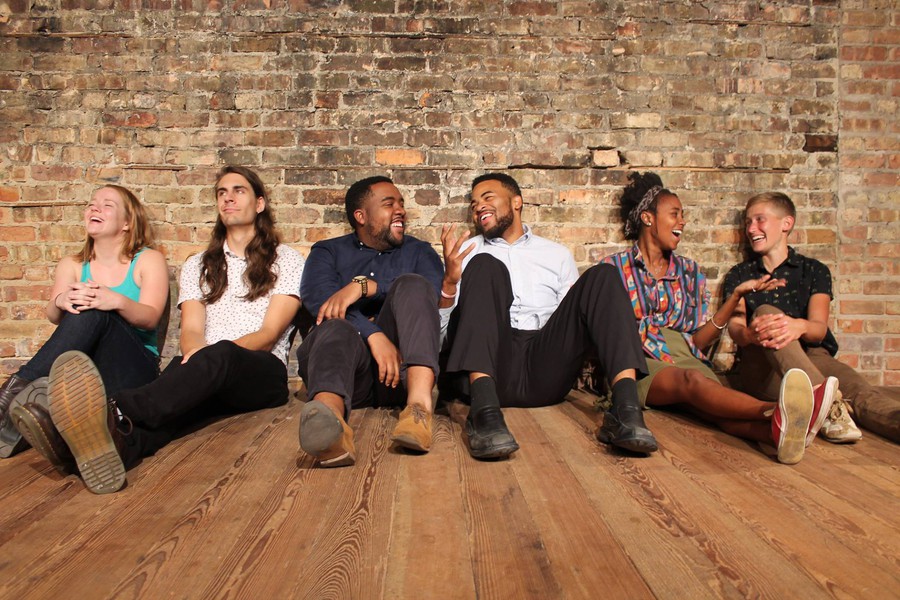 Courtesy of The Revival

It was only fitting that a comedy show called Trigger started with not one, but two trigger warnings. Coming amid a heated debate over trigger warnings and their place on campus, Trigger was The Revival’s first sketch comedy revue. Written by an ensemble cast and directed by Cassie Ahiers, it thoughtfully and hilariously tackled the issues that elicit our strongest reactions.

The first trigger warning was a recorded announcement that lasted more than a minute, warning the audience of potentially “triggering triggers” throughout the show. The second was a musical number in which cast members accused each other of triggering them with their speech. While this start was slightly heavy-handed, the show quickly jumped into a string of thoughtful and nuanced sketches.

A live jazz band, the Cam Cunningham Trio, played as the audience took their seats and dotted the performance with accompaniment and sound effects. While there were brief instances of improvisation, the sketches were by and large rehearsed and delivered with ease. In a cozy venue like The Revival where most students, myself included, have only seen UChicago improv groups, Trigger made for a professional and reliable 90 minutes of comedy.

One strength of Trigger was the diversity of the ensemble, given the highly collaborative process of writing a sketch revue. The show benefited from a variety of race and gender perspectives, which ultimately lent it greater depth and a broader reach.

“We all made a pretty concerted effort to stay aware and conscientious of how our jokes might be interpreted by different people, and I think our group is diverse enough to keep a lot of different perspectives on the front lines of a writing session,” said Sam Taylor, one of the six performers and a recent graduate of the University.

The sketches were almost entirely political but never exhausting, touching on everything from the election to Rahm Emanuel to Family Feud. Some of the one-liner endings got lost in laughter and audience response, but this was of little consequence. Most engaging of all was the sincerity of writing and execution.

“I think a big goal of ours was to not slant our opinions, especially with such a diverse point of view in our cast,” said Aadam Keeley, another performer in the show. “[We tried] to boil [the issues] down to unequivocal truths.”

Indeed, the performances felt truthful, like the actors knew what they were talking about even if they were just reciting their lines. An example of this was a sketch in which three white boys (played by a mixed-race group of women) listened to experiences of discrimination from female audience members and related them to their experiences of playing lacrosse and going to Starbucks. The audience laughed at the sketch certainly because the actors are funny and charismatic, but also because they recognized it as true.

This truth also came through in their portrayal of both sides of every issue. No one is perfect or safe from caricature, which made for an enjoyable and generous experience. In this way, Trigger was not a partisan show.

However, Trigger ultimately took a political stand. The show ended with the cast onstage holding protest posters, gathered around one sign that read, “Don’t be on the wrong side of history.” Despite the show’s political nature, this came as a surprise—comedy about politics need not be political, and often is not. But the stance left an impression, perhaps because of the cast’s careful and intentional treatment of issues, or perhaps because of the cast’s sincerity.

“I would love for the audience to take away the importance of knowing our history, embracing and moving forward as smarter more influential Americans. Our strong political ending emphasizes this idea without us saying a word,” said Wanjiku Kairu, another member of the ensemble.

Trigger was not simply a comedic project. Its cast and director feel strongly about the issues at hand: not just the greater, more abstract problems facing the country, but also the palpable questions of community and responsibility right here in Chicago.

“The word ‘trigger’ evokes a particular sentiment for the University of Chicago community at this point in time, but it hearkens to a very different conflict plaguing neighborhoods only a stone’s throw away. I think our theater sits at the intersection of these communities, and the word ‘trigger’ is aptly perched in the center,” Taylor said.

For an entertaining and thought-provoking hour and a half, Trigger was well worth the five bucks.

Trigger runs every Saturday at 8 p.m. through November 5 at The Revival. Tickets are $10 ($5 for students).

Race, Pain, and Laughter at The Revival

Dave Jeff brings humor and insight to The Revival through "Word Play," challenging social injustices through media such as hip-hop, spoken word, and stand-up.