A Jury of Peers

A disciplinary system devoted to dissent is essential, as is student representation among those deciding punishments. 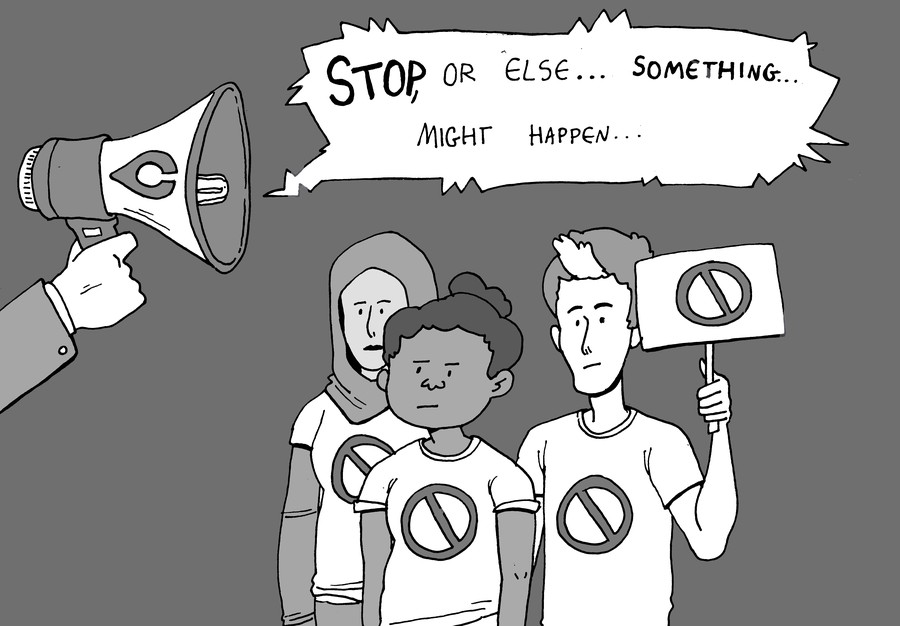 In June, then-Provost Eric Isaacs announced the creation of a faculty committee tasked with recommending how and when the administration should punish protesters who disrupt University activities. On the committee’s to-do list is reevaluating a disciplinary system for disruptive protests that hasn’t been used since 1974 due to unspecified “cumbersome procedures.” While the committee should simplify and re-introduce this system, it should also include students in the disciplinary process to prevent disproportionate and uninformed punishments. The fact that fewer than 10 students attended the committee’s one and only forum for student input and feedback on Thursday is disappointing given the context of the committee’s creation, but it should not deter the committee from including student voices in whatever system it ultimately recommends.

Isaacs created the Faculty Committee on University Discipline for Disruptive Conduct shortly after IIRON’s (UChicago Student Action) May 19 “Rally to Democratize the University,” which included a sit-in in Levi Hall in protest of administrators’ unwillingness to meet with student activists. All 34 of the protesters left the building after an administrator told them that they would “face the real possible consequence of discipline…up to and including suspension or expulsion.” The sit-in topped off a year of contentious demonstrations that fueled debate about how and when to enforce punishments for disruptive behavior at a private institution whose commitment to First Amendment rights implies protecting the right to protest.

The University’s current statute governing punishment for disciplinary action reads, “Conduct of members of the University disruptive of the operations of the University, including interference with instruction, research, administrative operations, freedom of association, and meetings as protected by University regulations, is prohibited and is subject to disciplinary action.” A faculty committee created in the wake of trauma center protests unanimously found in 2014 that the “[statute], taken literally, is too broad” because all protest is disruptive by nature. This year proved the need for clearer cut definitions of what is and what is not punishable disruption, as well as concrete disciplinary policies to accompany lofty institutional ideals.

The faculty committee answers this call. Its objectives are to make recommendations to revise or replace the procedures and standards initially set forth in the 1970s and to consider the range of disciplinary sanctions that may be imposed and under what circumstances. The defunct system from the ’70s, known as the All-Disciplinary System, emerged after 42 students were expelled for a sit-in in protest of the Vietnam War. The procedures at the time of the sit-in were controversial and drawn-out, thus exacerbating the anger of the student body. Foreseeing more protests at the scale of the 1969 sit-in, the new system was designed to address disruptive conduct that that put disciplinary decisions up to a committee comprised of president-appointed faculty, undergraduate Student Government (SG) members, and division-appointed graduate students. The system was able to process a large number of students at once and included student representation, but the process of convening committees was laborious. The All-University Disciplinary System largely fell by the wayside as years went by due to its complexity and the infrequent need for large-scale discipline.

Reintroducing a revised All-University Disciplinary System or building a similar system from the ground up seems like an essential first step to finding a balance between rightful protesting and disruptive behavior. It would have been valuable to have had a functioning disciplinary committee focused exclusively on disruptive conduct last year to determine thoughtfully how to address the Anita Alvarez and Bassem Eid events and the May sit-in. Disruptive behavior deserves unique attention—particularly at a school that claims to lead the national dialogue on free inquiry and expression—because it differs enormously from more common disciplinary violations like plagiarism, physical violence, and drug and alcohol abuse.

While a disciplinary system devoted to dissent is necessary, a cumbersome administrative structure is not. Furthermore, simplifying the All-University Disciplinary System does not have to mean getting rid of student representation. The student perspective is essential in judging instances of disruptive conduct on campus because so often these instances reflect the mood and dialogue of the student body. Having a voice, or multiple voices, that understands the context of the disruptions in question would help mitigate tensions between administrators and student activists and result in balanced judgments.