Trump’s vision of whiteness only perpetuates an exclusionary view of America. 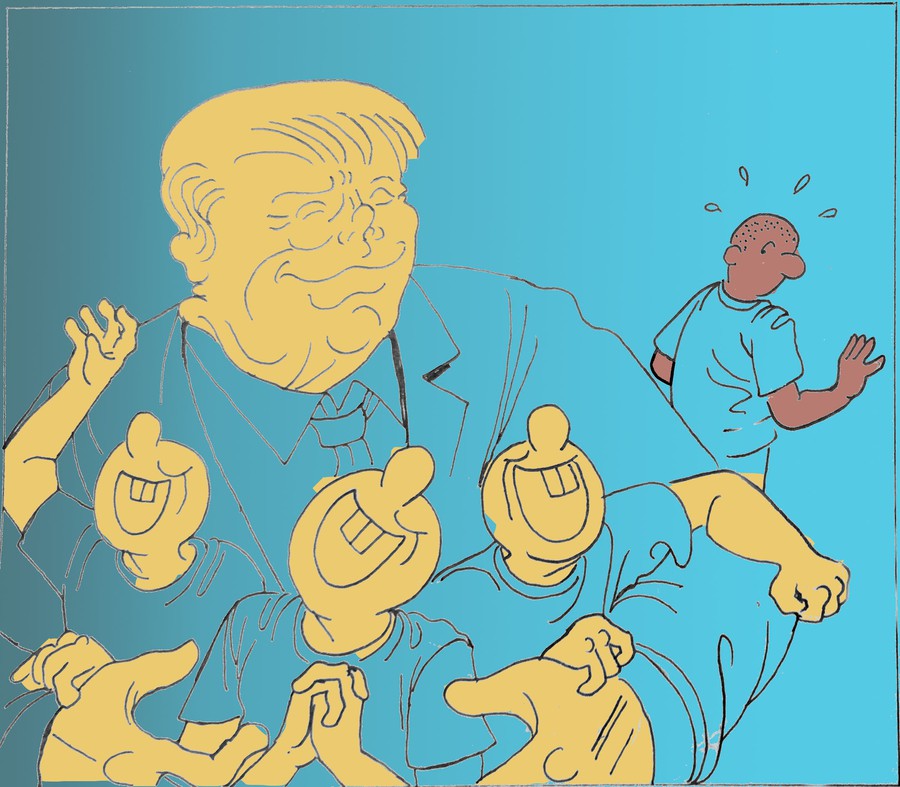 While identity politics is usually perceived as pertaining to more marginalized communities, this election cycle has proven otherwise. Donald Trump emphasizes what he believes will attract white voters by positing that they have been the losers in America, a radical departure from a traditional reading of American history. Trump has explicitly created a new perception of “white identity” as part of his campaign, but his rhetoric is reductive, oversimplifying a more nuanced understanding of whiteness. In order to understand what the white identity is, we must first try and understand where it comes from.

Historically speaking, white culture and American culture are thoroughly enmeshed. White people were complicit in erasing the role of other racial groups in this initial construction of American identity. The history and culture of marginalized groups were either ignored or subsumed as being a part of white culture. The Civil Rights era most prominently questioned the prevailing narrative of America of that time. It redefined society’s perceptions of American history, deconstructing the notion that American identity and white identity were synonymous. As a response to this, a distinctly white identity comes into consciousness.  For perhaps the first time, white people started to become aware of their own whiteness, and this has only continued to this day in the era of Trump.

To an extent, the development of an identity then involves a sense that you are only one part of a broader culture and that you are in fact, sometimes, the “other.”  Minorities and marginalized groups deal with this othering all the time. Fetishization of cultures, cultural appropriation, racism, sexism, and other forms of domination all represent different forms of this othering process. White people hardly face these more overt manifestations of the othering process, thus muddling any simple explanation as to why they have so passionately embraced this white identity. To explain the othering that caused the rise and development of a white identity is thus more complicated.

Many white people, namely Trump supporters, still see a truly “American” identity as inextricably connected to whiteness.  Their cries to “Make America Great Again” mirror the perceptions of many white Americans before the Civil Rights Movement and its challenge of a white-centric American identity. This is relevant in contemporary discourse about immigration and the need for assimilation into an “American” culture. This culture that white people allude to is merely the one that they know. And this culture, is in fact, white culture. For example, food illustrates how white culture is often perpetuated at the expense of other, more diverse cultures. The concept of “American” food is really derived from the European tradition, with foods that fall out of this European tradition labeled as ethnic. White culture, therefore, seems to be derived from some sense of European tradition, but more notably from an absence of any other ethnic traditions.

It is not inherently wrong for a culture to form its own identity. Where this becomes troublesome is when that identity becomes a norm. When American culture is solely perceived as an offshoot of white culture, other identities are erased and diminished.