The UCPU hosted a debate on Dean Ellison's stance on safe spaces and trigger warnings. 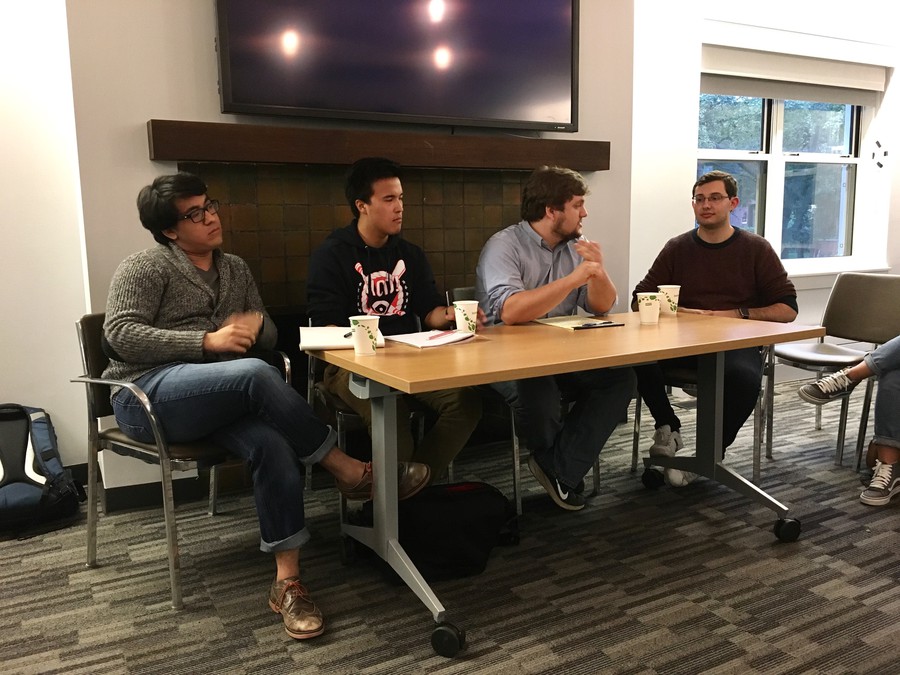 From left to right: Second-year Anil Sindhwani, second-year Patrick Lou, and third-year Mike Dewar participate in a debate moderated by fourth-year David Abraham on trigger warnings and safe spaces sparked by a letter sent out to the Class of 2020.

“The thing about trigger warnings and safe spaces is that they each sort of address a different need in supporting marginalized groups in an academic setting,” second-year panelist Patrick Lou said.

A member of the audience asked Lou, “Why do you believe the University should have the power to create these rules that are either pervasive or that people can take advantage of?” Lou responded that the University’s support of safe spaces would improve the wellbeing of marginalized groups.

Third-year Matthew Foldi, president of College Republicans and an outspoken supporter of the letter, weighed in after the debate.

“It was interesting just to see the diversity of thought within UChicago with this issue or really any given issue,” Foldi said. “We come from a community filled with people who spend their days thinking and it’s great getting to kind of see the fruits of people’s thoughts. It was a discussion where people who have thought about this issue said what was on their minds in a way that was entirely productive.”

“We had some very nice discussion. It did not get overheated,” fourth-year UCPU member David Abraham said. “Everyone who wanted to speak got to speak.”

“We do not support so-called ‘trigger warnings,’ we do not cancel invited speakers because their topics might prove controversial, and we do not condone the creation of intellectual ‘safe spaces.'”