CEP has teamed up with UChicago Student Action and Graduate Students United. 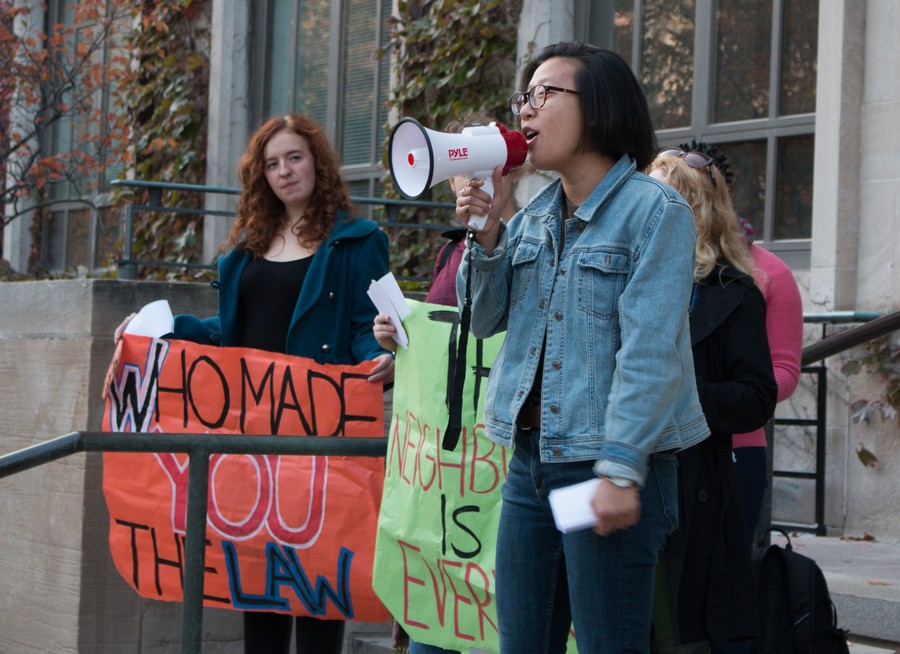 The Campaign for Equitable Policing (CEP) announced on Tuesday that it will be joining the Coalition for a Just University, a collection of campus activist groups and unions.

CEP said the merger will help them push toward their goals in the face of University opposition.

CEP’s mission is to ensure just treatment within the jurisdiction of the University of Chicago Police Department (UCPD). “Since 2013, Campaign for Equitable Policing (CEP) has put pressure on the University of Chicago through legislation, direct action, community pressure, and public shaming to fight racial profiling and unaccountable policing in the UCPD,” the CEP said in its announcement.

“Time and time again, the University of Chicago administration has pushed back against our efforts,” the announcement read. The release cites the University’s decision to appoint students to the UCPD’s Independent Review Committee instead of allowing Student Government to do so and its opposition to legislation that would subject the UCPD to Freedom of Information Act requests as examples of the University’s intransigence.

“The administration's constant attempts to undermine our organizing has led us to rethink our strategies, and to come together, as a coalition, to better and more effectively build power to fight for a more just University and community,” the CEP said.

According to the statement, the Coalition for a Just University was created last spring in order to “democratize the University.” Other organizations within the coalition are Faculty Forward Chicago, UChicago Student Action, Teamsters Local 743, Graduate Students United, and the University of Chicago’s chapter of the American Association of University Professors.

“We believe this merge will make us stronger and help us build with and alongside community partners to more effectively fight the root causes of racist policing in our communities,” the statement said.

They also had a personal message for the University’s administrators and Board of Trustees. “To President Zimmer, Provost Diermeier, Vice President Fithian and Isaacs, CFO Rowan Miranda, Board of Trustee member Ken Griffin, Joseph Neubauer, Thomas J. Pritzker: we are watching you, you are not above scrutiny, you have treated this University and city community wrongly, and we and all our allies are organizing to fight back.”