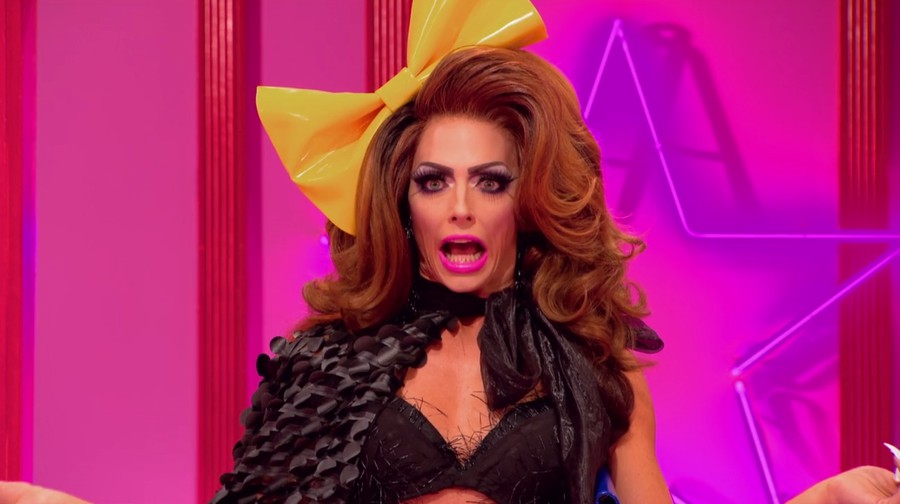 In All Stars 2, queens who couldn't make it to the top in RuPaul's Drag Race are given their shot at redemption.

Courtesy of World of Wonder

“Gentlemen, start your engines…and may the best woman win!”

Thus RuPaul decrees unto his queens, handpicked from the nation’s premier drag covens; thus he subjects them to our voyeuristic gaze—and, separately, to us voyeuristic gays. Heather. Booger. Glamor. Camp. Thus they are deconstructed to the cameras, radical queerness neatly filed into sanitized cabinets which, somehow, remain too scandalous for primetime. Tooth and acrylic nail, she emerges: America’s Next Drag Superstar.

But All Stars 2 is not RuPaul’s Drag Race. Where Drag Race, now coming to its ninth season, celebrates victory, the All Stars franchise highlights redemption (or rudemption, to borrow one of the show’s unceasing puns). Having lost their respective seasons, the returning queens have nonetheless built a legacy that merits another crack at the crown. These are some of the industry’s most recognizable names: dancing diva Alyssa Edwards, former American Idol contestant Adore Delano, and alt-queen Alaska Thunderfuck, just to name a few.

Already a series known for self-reference and caricature, All Stars 2 sinks fake-boob-deep in meta from the first episode with no respite for the casual viewer. The producers splice together a buffet of characterisms and inside jokes: first to enter the Werk Room, Katya (Season 7’s Russian hooker with a heart of gold), wishes the girls “Happy Hunger Games”...in Russian. It’s a double nod to her original season’s entrance as well as that of All Stars 1 winner Chad Michaels. This show, like a queen’s makeup, has layers.

Not that the first-time viewer needs to brush up on Drag Race herstory to enjoy All Stars 2. The producers flesh out the queens’ storylines with clips, talking heads, and montages—it doesn’t take Nancy Drew to deduce that Phi Phi O’Hara and Roxxxy Andrews both want to get rid of the “mean girl” reps they built their respective seasons, or that Tatianna’s out to prove that a Season 2 queen’s still got it, or that Alyssa’s out to give face and spit catchphrases. The main challenges are zany enough to be wildly entertaining at the surface level, from the long-running Snatch Game (think Match Game with queens impersonating off-brand she-lebrities) to RuPaul’s Fish Tank (in which the queens hawk merch to a panel of investors).

Even Drag Race’s immortal “Lip Sync for Your Life” segment (a concept poorly pirated by Lip Sync Battle for hetero late-night) gets an extra twist. Typically the bottom two queens fight to sashay another day, but on All Stars the top two duke it out for 10 grand cash and the right to send a girl home. RuPaul also ups the ante on music—’70s classic “Got to Be Real,” Rihanna’s “Shut up & Drive,” and even “Shake It Off,” which is an…interesting song choice for men in wigs to say the least. It’s made for some of the strongest lip syncs of any season so far.

As for the editing, All Stars 2 boasts two of the most cohesive parallel storylines ever stitched together for reality TV. Season 5’s Roxxxy seems to have made a genuine turnaround—ever ready to laugh at herself, she comes off as warm, enthusiastic, and fun. Her talking heads effuse with energy: on the topic of her two-in-one runway look, she gushes, “Anybody knows anything about a reveal? She! Me! Her! She does!" I am a little concerned about Roxxxy jabbing herself in the eye, but damn if she isn’t the cutest thing ever.

Phi Phi, on the other hand, seems so bent on redemption she forgets to enjoy the competition. She gives the producers plenty of shit to splice into a Bitter Betty edit, from a guardedness that can read as crafty with the right sound effect to an inability to move on from one queen’s elimination. Editing may have excised her vulnerable moments—Phi Phi helps another queen with last-minute costume alterations—but her stiffness becomes something a little more malicious by her elimination. I’d argue that Phi Phi’s exit disqualifies her from all but a failed redemption arc…but you’d have to watch All Stars to find out.

Drag Race is mainstream now—there’s no denying that fact. The queens backed up Miley at the VMAs; RuPaul has an Emmy. Though I’m grateful for the dialogue the show has opened between pop culture and gender expression, Drag Race has its problems. For all its celebration of authenticity, the judges seem to enforce heavily heteronormative ideals of glamour and beauty. Queens of color succeed most when performing racial caricature in comedy or acting challenges. A Season 6 mini-challenge smacked of transphobia and inspired outrage from trans activists.

“We’re all born naked, and the rest is drag.”