'Roons Ready to Rebound vs. Rochester 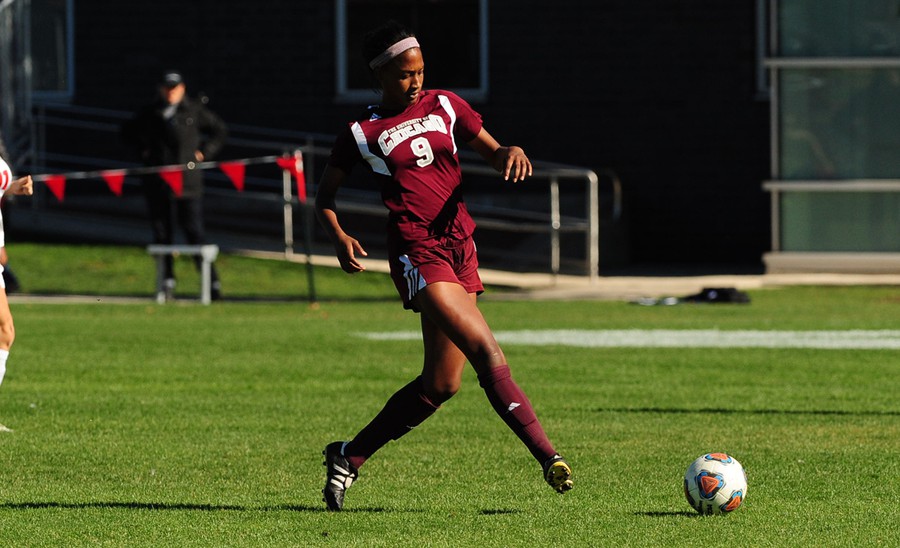 Third-year defender Kaitlin Price passes a ball up the field.

The No. 6 women’s soccer squad will look to bounce back from last week’s loss at the hands of Emory as it takes the field against Rochester this Saturday at home.

Last week’s defeat was the first of the season for the South Siders, who now sit at an impressive 9–1 record (0–1 UAA), and boast a top 10 national ranking.

Third-year midfielder Mia Calamari, who holds the record for career assists at Chicago, has noticed a positive shift in the team’s focus and work ethic this week in response to last weekend’s results. “Following our disappointing loss to Emory this past weekend, our practices this week were designed by our coaches to promote constant competition. We looked to challenge each other in every drill in order to build fitness and create game-like situations in practice,” she said.

Third-year defender Whitley Cargile echoed her classmate’s sentiments. “Last week’s loss was motivation to increase our intensity in practice and refocus our attention going into the rest of UAA’s,” she said. “We understand even better now that it’s a tough conference and no game can be taken for granted.”

Such a realization is important to come to early in conference play, especially considering the very young players Chicago fields. First-years Katie Donovan, Hanna Watkins, Adrianna Vera, and Mackenzie Peebles are all regulars in the rotation, and experiencing their first career loss could serve as extra motivation to return to the winning ways to which they’re accustomed.

While Chicago is coming off its first loss of the season, Rochester comes to Chicago on the other end of the spectrum. The Yellowjackets just earned their first win of the season, a 3–1 upset against No. 12 Wash U, putting them at 1–4–4 for the season (1–0 UAA).

In the two teams’ previous meeting in 2015, Rochester defeated Chicago 1–0.

“Rochester is always a battle,” Cargile said. “They are an emotional team who comes full force. They also play very heavy ball side. We must work to control their emotion to use in our favor and switch the point of attack to relieve pressure.”

Calamari is optimistic that a week of focused training will bode well for the Maroons on Saturday. “When we take the field against Rochester, we hope our week of training will translate to faster speed of play and more success on the transition from defense to offense.”

The match is the first UAA competition of the season to take place on Chicago’s home field and will kick off on Saturday at 11 a.m.