Target Will Likely Be Granted Liquor License Amidst Community Protests

Alderman Sophia King and the Nichols Park Advisory Council have been contesting the license application due to Target's proximity to Murray Elementary School and Nichols Park. 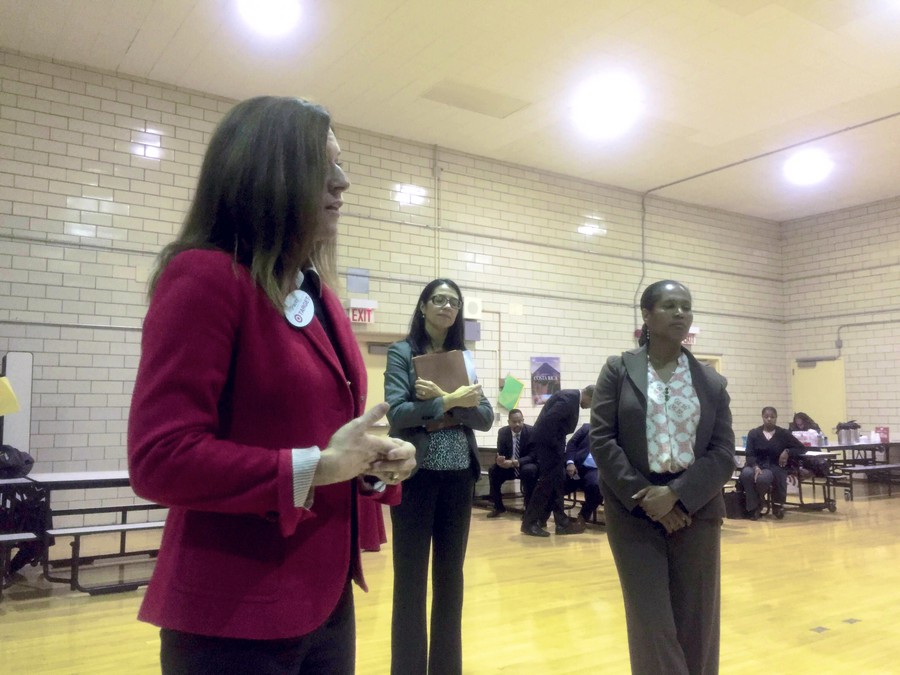 A city liquor commissioner told community members Wednesday that she plans to grant Target’s application for a liquor license on Friday, despite objections from the community.

Commissioner Maria Guerra Lapacek said, “denial is a high bar,” and hopes to cooperate with community members to draft a “plan of operation” that will be binding with Target’s license. The tentative plan, which will be publicized if Target’s license gets approved, currently includes policies that limit Target from selling malt liquor or single-serving units of beer or wine under five dollars, and sets specific times when alcohol can be sold.

The meeting was held at the request of Fourth Ward Alderman Sophia King, who tried to pass a liquor moratorium from Kimbark Avenue to Dorchester Avenue—the two blocks that contain the Target—but was unable to affect Target’s application, which was filed before the moratorium would take effect.

She hoped to provide a space for community members to voice their concerns and potentially add to the plan of operation. Target representatives also attended the meeting, including Hyde Park store manager Clevitta Scott and government affairs manager Tracey Hester.

Members of the Nichols Park Advisory Council (NPAC) maintained their opposition to the liquor license application, which was articulated in a letter written to King by NPAC president Stephanie Franklin. The letter, sent on October 17, asked that the application be denied due to Target’s proximity to Murray Elementary School and Nichols Park, in addition to Target’s lack of transparency in the application process.

Some individuals, registered voters within 250 feet from Target who should have been notified about the application, claimed not to have received notice. Many also complained about the lack of community input and the short notice of the community meeting held two days before the commissioner makes her decision Friday.

Franklin spoke about the safety concerns of intoxicated people who could come to Nichols Park, a common entrance route for Murray students, and also the saturation of liquor stores that already serve alcohol needs in Target’s place. The Hyde Park Target is 130 feet from Murray Elementary School, just over the 100-foot ban around schools that would disqualify the liquor application.

“The reason the Nichols Park Advisory Council objects to this liquor license so strongly is that none of these rules that you’ve listed protect the park or the students from the people sitting on the benches and drinking, leaving the cans and bottles around, sleeping on the benches when they’ve finished the whole six pack in an hour,” Franklin said to the commissioner.

Other community objections included the hours during which Target can sell alcohol, which were written in the plan of operation as 7 a.m. to 10 p.m. Monday to Friday, 8 a.m. to 11 p.m. Saturday, and 8 a.m. to 10 p.m. on Sunday, which are Target’s general operating hours. Many proposed that the hours of operation exclude school hours, which the commissioner said she would take into consideration.

Robin Kaufman, also a member of the NPAC, spoke about the Target’s proximity to Vue53, the apartment complex above Target that houses many University of Chicago students.

“We’re talking about a building that is an extension, it’s going to be inhabited by students, and all they have to do is just run downstairs,” Kaufman said. “I’ve never heard of a dormitory that sold liquor. It’s not technically a dormitory, it’s not legally a dormitory, but it functionally is a dormitory.”

The council has already been in contact with the University’s Vice President for Civic Engagement, Derek Douglas, but Kaufman said she also hoped to speak to the Title IX department about the implications of such proximate alcohol sales on issues of sexual assault.

Despite objections to the liquor license itself, many agreed that the Target itself was beneficial to the community, and gave suggestions about what Target could stock to better fit the community, including an increase in children’s clothing or art supplies.

“There are also other things that Target has in there that we really don’t need so close to us,” Franklin said. “Whereas, if that space were used for other things, we’d be much happier having more like a department store—home goods, sewing notions, yard goods, yarn, that kind of thing.”

Target will help clean nearby park.