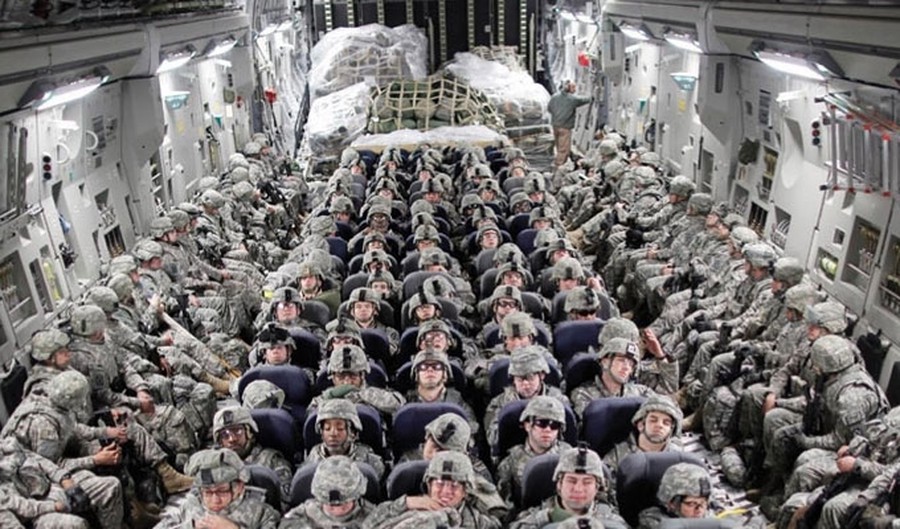 "Thank You For Your Service" provides a touching look at how PTSD affects American soldiers returning home from the Iraq war.

On Friday evening, the Maroon Veterans Alliance, a University organization based out of the Institute of Politics, screened Thank You For Your Service, a documentary chronicling Iraq War veterans’ struggles with PTSD. The film follows the healing processes of a few veterans as they reintegrate into society, find community after leaving the armed forces, and attempt to come to terms with the horrors of war.

Before the presentation, Baxter Stein of the Maroon Veterans Alliance led a discussion with former Marine and Iraq War veteran Maura Sullivan. Sullivan spoke of her own experience coming back to live in the States after her final tour. PTSD is a challenge for many veterans, but Sullivan said that for her and many others, so is loneliness. The transition from living with a close-knit group of people willing to make the ultimate sacrifice for one another, to living in a city where your closest neighbors may not know your name is a jarring one. Sullivan lauded programs like Team Red, White, and Blue and others that provide a sense of community for veterans by organizing social events.

Once the film started, it became clear that feelings of loneliness and isolation upon returning to civilian life are not unique to Sullivan’s experience. The documentary by Tom Donahue was in turns harrowing and heartwarming as it followed three Iraq War veterans through the months and years of transition to their lives back home. All suffered from some degree of post-traumatic stress. These veterans grappled with the civilian deaths they negligently committed, the constant fear of being attacked, and the nightmares that haunted their nights with the specter of war. They struggled to reconnect with their families and friends, searching for a sense of community, security, and peace.

The crux of the film was the glaring lack of mental health infrastructure in the armed forces. Blocked by stigma and limited resources, half of veterans who suffer from some degree of depression, anxiety, or PTSD do not seek treatment or help. The documentary calls on the U.S. Department of Defense to provide education on mental illness for soldiers before they ship out, mental health resources and support during their service, and continued support after they return home as veterans. It praises organizations that are providing veterans with the community they need. Perhaps most importantly, the film seeks to inform civilians of these struggles in the military and demonstrate to its veteran viewers how universal mental illness is among them.

The film succeeded in showing how pervasive the mental health crisis is in the military. It also had some beautiful cinematographic moments, connecting the South Dakota prairie to the desert surrounding Fallujah through shots of their wide, flat landscapes. The scenes were beautiful visually, but paired with an urgent score that illustrated the anxiety that soldiers and veterans feel when exposed to such an environment. This anxious moment was followed by a scene of a veterans’ group meditating on a beach, sans score, besides the crashing of the waves.

Throughout, the artistry of the documentary worked to create an emotional climate that rose and fell in accordance with the bumpy path of healing from the invisible wounds left by a war. As Sullivan said, “The civil-military divide is vast.” Documentaries like this one help to close that gap.