To Err is Human, and Also Hilarious 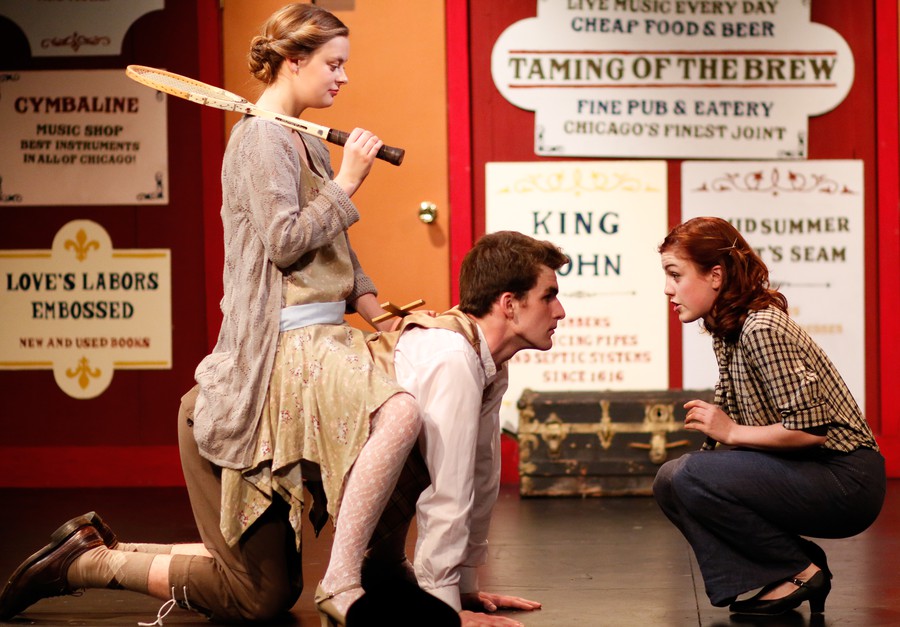 It was about halfway into The Comedy of Errors when all hell finally broke loose; underpinned by a rolling piano, the action of a manic chase scene slowly starts to spiral out—into the wings, out into the audience, out almost into the world beyond. In this short sequence alone, there’s a dizzying array of sights. Characters float on and off the stage through doors seen and not, hide amongst the audience, and burst through every door imaginable, pausing only briefly to play a card game with the audience (of course). At one point a stage hand might have even been on stage, but at this point the audience can’t really remember anymore.

That scene is merely one example of the definite streak of vaudeville and slapstick that runs through the heart of this production of The Comedy of Errors put on by UT/TAPS and The Dean’s Men last weekend. The set design was populated with puns of Shakespeare’s other titles. ‘Larry the Piano Player’ (Adam Johnson) riffed in the background, engaging with the players on stage, then finally, donning a balaclava and ever-important glasses, joining them on stage as an executioner. Musical interludes marked the gaps between acts, characters dressed in early 20th-century Americana, and a character got knocked out during a scene change before literally popping back into scene a couple of acts later. Channeling that manic, almost unrefined, energy of one of Shakespeare’s earliest and most farcical plays, University Theater brought it to life as self-aware and cheerfully self-deprecating. Think a little less Royal Shakespeare Company and little more Wes Anderson and Charlie Chaplin. 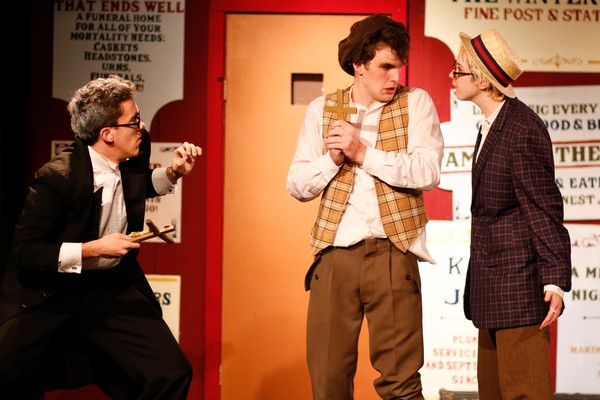 Like any real work of British comedy, the humor comes from the eternal ineptitude of class struggle: Regardless of who you are, you face misfortune as you’re trying to climb up the social ladder with society smiling as it tries to push you back down. Angelo, the perpetually poor goldsmith (Tess Gundlah), gets arrested while selling a gold chain, Dromio the slave (Ian Grant-Funck) keeps finding money and immediately gets punished for it, while the weeping Duke Solinus (Eli Harter) and the merchant Aegeon (Quinn Kane) weep in each other's arms and apologize profusely as one condemns the other to death.

Despite this, the audience can laugh with, not just at, the perpetually lovelorn Adriana (Larkin Smith) and sister Luciana (Julianne Lorndale), never without wine or snacks (or both) in hand, as the schadenfreude is tempered with empathy. 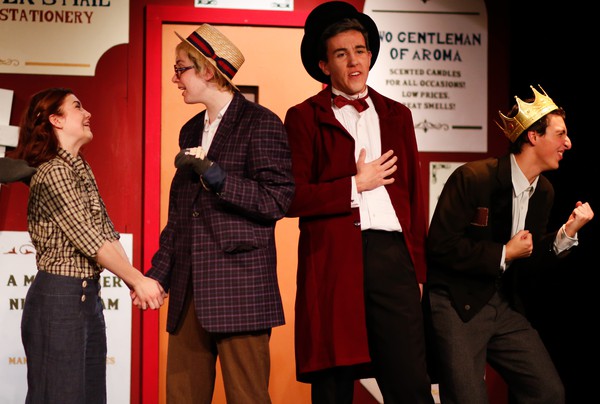 A panoply of off-beat characters join in a performance that was surreal but deeply human .

Even through all the surrealism, every break of the fourth wall, every sock-puppet twin, and every equally casual disregard for the rules of theatre—the humanity of the characters and their struggles shine through and above, lighting up the piece and engaging the audience.

Ultimately though, despite how improbable, surreal, bizarre, and offbeat farces like these allow themselves to be; they’re always puzzlingly more human than the audience might expect. Errors and failure to avoid them are surprisingly comforting. So really then, this play truly is a comedy of errors, in that although nothing of what’s happening on stage ever really seems to make a whole lot of sense, it always kind of does.