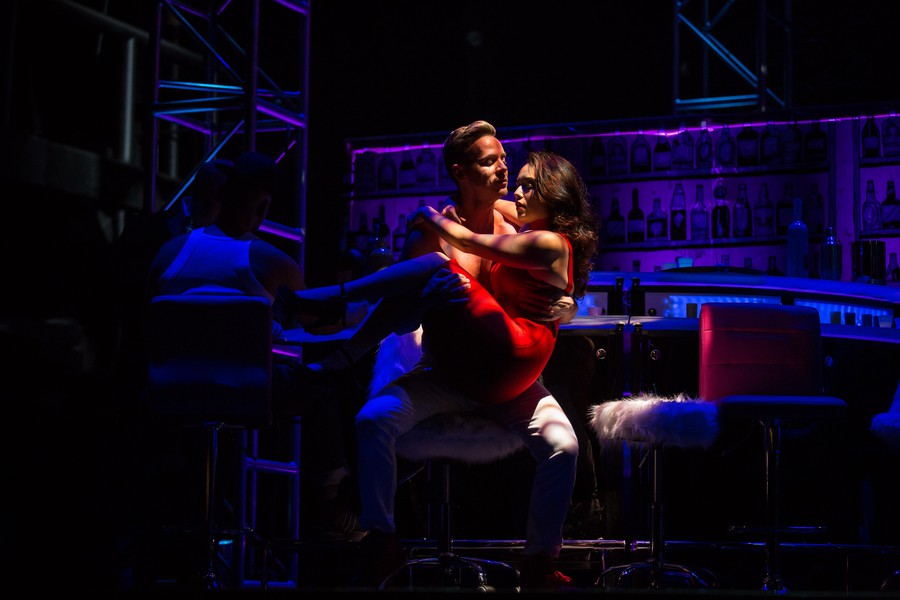 Las Vegas and the Baroque met in the recently restored 20th-century Studebaker Theater, home to a wildly entertaining adaptation of Henry Purcell’s The Fairy Queen by the Chicago Opera Theater (COT).

The production presented an over-the-top but entertaining and well-sung version of Purcell’s semi-opera, starring Marc Molomot as Puck, manager of the Club FQ in Las Vegas; Kimberly E. Jones as Tanya, the Fairy Queen; Cedric Berry as Ron, the Fairy King; and Roberto Gomez as Shakes, the Poet.

The action started with a very Brechtian encounter with Shakes, the Poet, who yelled drunken banter at the audience from a balcony. This set the tone for the spoken part of the play that wittily inserted Shakespearean verses from A Midsummer Night’s Dream, upon which Purcell originally based his work. Gomez, a baritone with over 90 roles with international and regional companies in his repertoire, delivered a powerful interpretation of “Fill up the Bowl.”

Besides sonnets, the production was plagued with racial and gender stereotypes, which ranged from a Latina strip dancer calling Ron “papi” to a mention of menopause and outdated queer characters. Nonetheless, it was definitely fun to watch Berry dance 17th-century Purcell as cha-cha-chá.

The introduction of the characters and their conflicts ended with a beautiful interpretation of “O Let Me Weep” by soprano Jones in her role as Tanya, carefully accompanied by the Haymarket Opera Orchestra (HOO), conducted by Jory Vinikour. The orchestra specializes in period music, using historically accurate instruments to reproduce the sound of the Baroque. 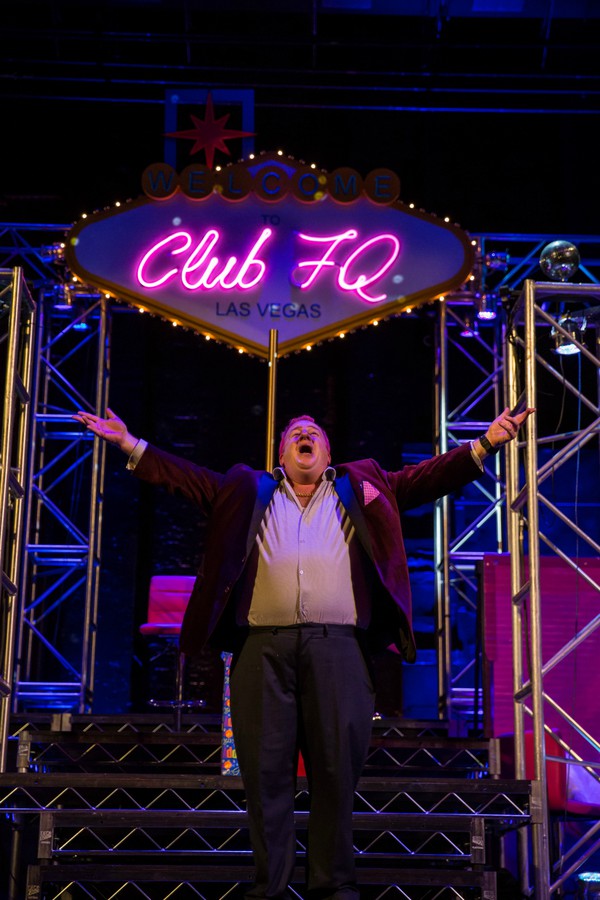 Things got really heated when pink-haired Puck gave the characters the famous love-juice, rebranded by the COT as “mecstasy.” Molomot, with a rare high-tenor voice, displayed not only command of baroque technique but great aptitude as a comic actor. In particular, his scene suggesting (not very subtly) raunchy gay sex with Shakes, the Poet, was certainly the most laughable moment of the evening.

During the drug-influenced bacchanalia, the primarily pink-colored set designed by COT general director Andreas Mitisek lit up under club lights, taking the already overloaded design to the next level. The characters became swingers—bisexual and sex-driven marauders—but also delivered arias of careful vocal technique.

The striking Zacharias Niedzwiecki appeared after the intermission, dressed—undressed might be more appropriate—in a fetish harness and (very tight) golden briefs to pole dance and receive a bondage-style whipping in front of a primarily gray-haired audience. Ryan Belongie (Lysander), a countertenor who recently debuted with the Lyric Opera of Chicago, joined the party shirtless. His interpretation of “Here’s the Summer, Sprightly, Gay” was meticulous and delicate. The characters continued the celebration among the audience, dancing and giving away neon lights.

Act V, musically speaking, was a good endnote for the very hectic masque. “Thus the Gloomy World,” by Molomot, was graciously interpreted for the delight of an audience that was taken for quite a ride in what is, no question, Chicago’s gayest and most hectic show of the week. How would Baroque Londoner Henry Purcell feel about this post-modern adaptation? That is only part of the entertainment. Certainly, not a work for the opera purists but two hours well spent for the singing, the music, and the laughter.

And, for this critic, for those golden briefs.