“It is important that we talk to each other instead of siloing ourselves off from different perspectives and befriending people with different ideas." 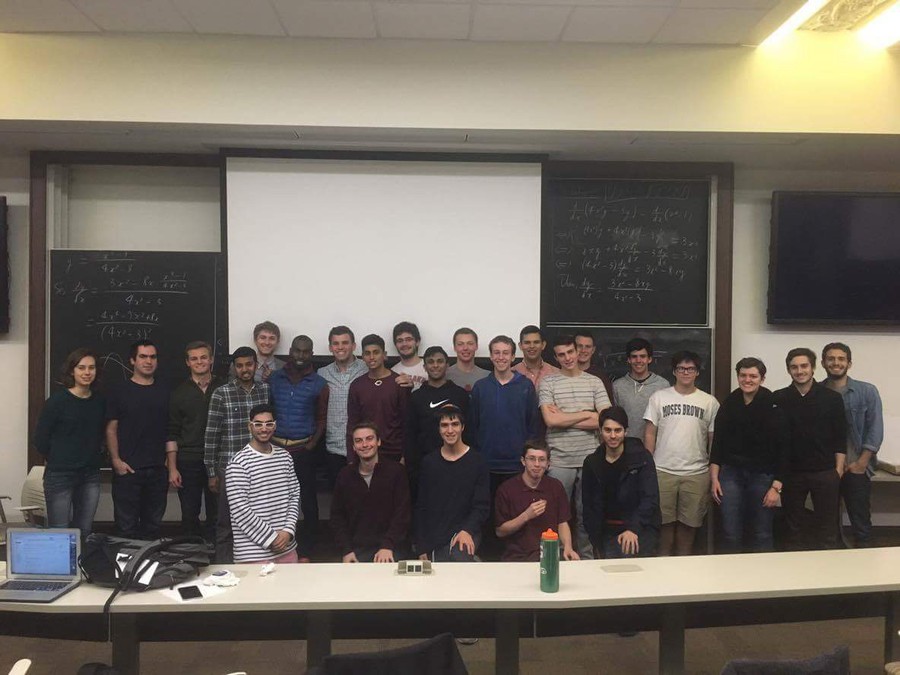 Attendees of the College Republican event pose with DeRay Mckesson.

Mckesson, a fellow at the Institute of Politics (IOP), answered questions from a politically mixed crowd of 30 University students.

He said this is the first time he has spoken to a chapter of CR.

CR president Matthew Foldi kicked off the Q&A session by asking, “What do you view as the future of working together with Republicans? Are there things we can agree on?”

Mckesson said that building coalitions based on shared interests and identities will be important for both liberals and conservatives in the years to come.

He said that people on both ends of the political spectrum tend to agree that police should not “wantonly” kill civilians—an issue which catalyzed Mckesson’s activism during the 2015 St. Louis and Baltimore protests.

Mckesson said many differences in opinion result from misinformation. He said that the popular belief that there is a correlation between violence in cities and police violence is not supported by data.

Police killings of civilians are not officially counted because the government receives its data exclusively from newspaper reports, Mckesson said. FBI Director James Comey has said that starting in 2017, the federal government will begin to collect data independently, with the first data analysis due in 2019.

The latter half of the discussion focused on Mckesson’s thoughts about Donald Trump and the ramifications of his election.

“I don’t blame the Republicans for Trump,” Mckesson said. “I blame a lot of people for enabling him, from the Left and the Right. I think about Trump and conservatives as very different things.”

Mckesson then addressed Trump’s most immediate task: selecting top White House aides and Cabinet members. He said he “understands” Reince Priebus as the pick for Chief of Staff, but that he is alarmed by the prospect of “creationist” Ben Carson becoming Secretary of Education.

Mckesson said that Trump has a responsibility to “temper” racist attitudes, and that appointing Stephen Bannon, who is “crazier than Karl Rove,” as chief strategist would belie this duty.

“What do you expect to see from the Left going forward? What do you hope to see?” second-year student Santi Ruiz asked.

Mckesson said the Democratic Party needs to figure out why 40 million voters stayed at home on Election Day and continue to rely on celebrity engagement as a tool to inspire young voters. The party also faces the threat of “implosion” as it tries to unify members with beliefs ranging from big government proponents to anarchists, he said.

“The Left has a tendency to eat itself,” Mckesson said.

This was the last University event for Mckesson, who returns to his position as Chief of Human Capital for the Baltimore Public Schools today.

“It is important that we talk to each other instead of siloing ourselves off from different perspectives and befriending people with different ideas,” Foldi said. “This is an important learning experience for all of us, regardless of political affiliation.”