Professor Discusses Increase in Conspiracy Theories in the U.S. 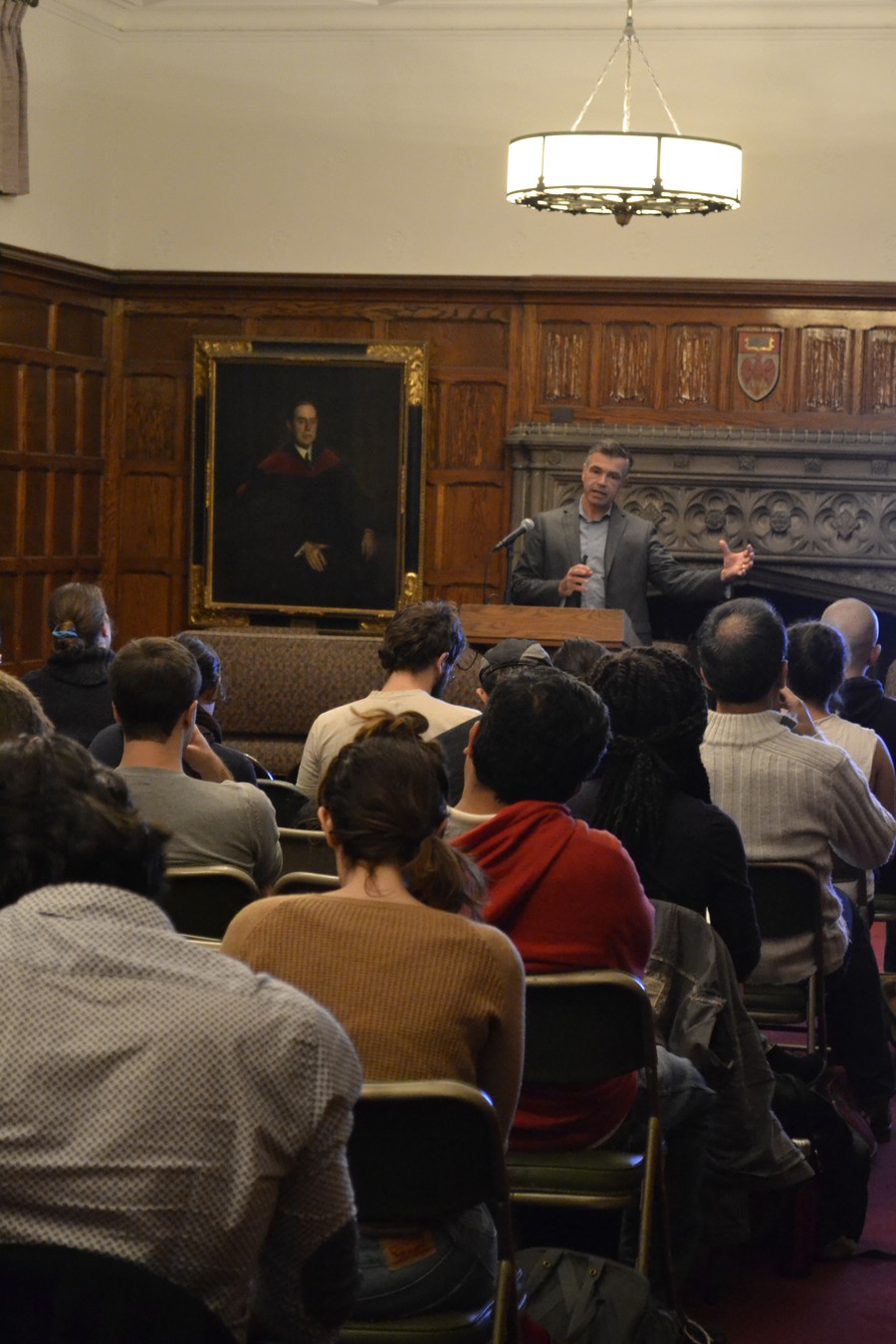 The Chicago Center for Contemporary Theory hosts Timothy Melley, Professor of English and Director of the Humanities Center at Miami University in Oxford, Ohio, in Swift Hall on Thursday, November 10.

According to Miami University professor Timothy Melley, belief in conspiracy theories is on the rise in the United States.

Melley, a professor of English and the director of the Miami University Humanities Center, led a discussion on Thursday in Swift Hall entitled Conspiracy Narrative and the Epistemology of Security Society.

According to Melley, president-elect Donald Trump took advantage of the public’s mistrust of the government. Melley described Trump’s success as a reflection of widespread skepticism and fear of conspiracy. In two sentences, he summarized Trump’s message to the public: “Faced with a rigged system, as corrupt as that in any Hollywood thriller, there was only one way out. Trump would pour his personal fortune into the tireless work of reforming the corrupt public sphere, correcting injustice, and revealing conspiracy wherever it hid.”

Melley further examined how a culture rife with conspiracy theories is possible in a democratic society: “On the one hand, modern liberal societies laud the ideals of the public spheres: transparency…openness, free speech…On the other, they are increasingly organized around the bio-political regulation of life, mitigation of threats to public health and safety, and the restriction of liberties as a way of securing liberty itself.”

This paradoxical relationship between maintaining security and maintaining bureaucratic transparency, he said, is what ultimately “provides fertile ground for conspiracy narratives and conspiracy thinking.” Melley said that citizens are aware that concealed information exists, but cannot know exactly what that information is. This affects the way people think and how they respond to knowledge given to them. “We are all aware of the things that we cannot be aware of. And that is a very strange and powerful thing to know and be obsessed with,” he said.

According to Melley, the media is also responsible for the development of this paranoid culture. He referred to popular television shows, such as Scandal and House of Cards, as examples in media that portray the state as conspiratorial. He explained that such shows paint the state as a “god-like and technologically miraculous structure that’s both comforting and terrifying.”

Melley closed by commenting once more on Trump’s contribution to the existing conspiracy culture in the nation. He stated that Trump’s use of conspiracy theories to generate panic and suspicion proved him to be a “rumormonger” whose actions were motivated by a “wounded narcissism.”