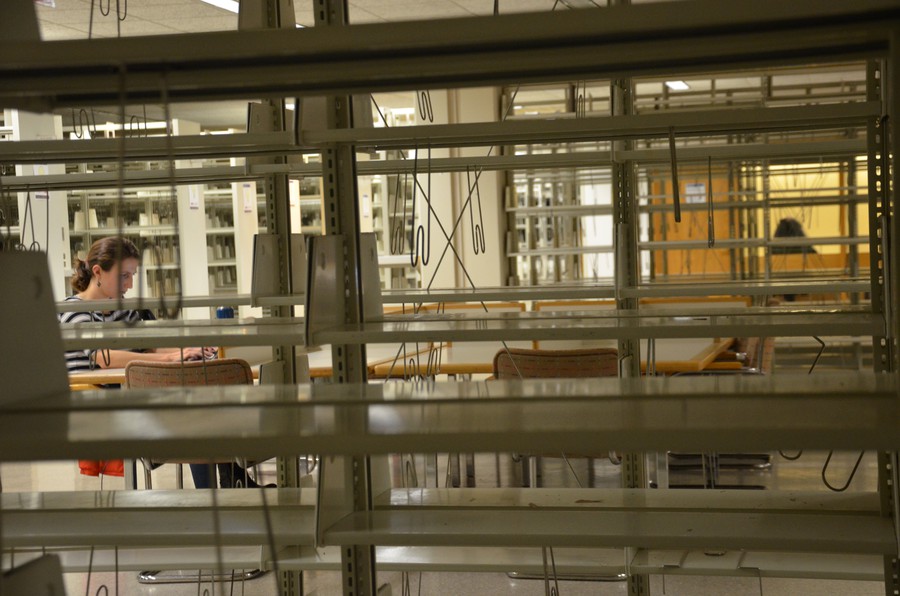 The Computer Science department is in the process of moving into Crerar library, where some bookshelves have been emptied to make space.

Renovations are underway that will allow the Computation Institute and the Department of Computer Science to move onto the second and third floors of John Crerar Library.

“This move is yet another step toward the division’s goal of having every department in new or renovated space by 2022,” said Edward “Rocky” Kolb, dean of the Physical Sciences Division.

The Computation Institute is a joint initiative between the University and Argonne National Laboratory that advances scientific research through computational methods.

Currently, the Department of Computer Science is located in Ryerson, and the Computation Institute is based in Searle Chemistry Laboratory.

Senior lecturer in the computer science department Adam Shaw said that he supports the idea of moving the department to one space.

“The other institutions I have been at have always had their computer labs, classrooms, and offices in one space, and our department is splintered that way, and it would be nice if we were all together—it would be very productive for working and for learning,” Shaw said.

The first and lower floors of Crerar will have “critical library space with associated research support services and selected collections, public and study spaces, and teaching/seminar spaces. These floors will also serve as a home for innovative programs around data science and data-driven discovery that will support faculty and students across the University,” the University library announced in September.

The move will deal with the lack of space in Ryerson, accommodate growth in faculty and students, and house the University’s computational and computer science initiatives in one place.

The University has been planning since at least January to expand computer science research and education on campus.

“It’s going to be wonderful,” Computation Institute Director Ian Foster said. “First, we don’t have enough space at the moment. Secondly, the Department of Computer Science and the Computation Institute are not co-located, with one in Ryerson and the other in Searle. And finally, it gives us the opportunity to design a more modern space, as Ryerson is pretty old.”

John Crerar, an American industrialist, provided for the creation of a public library in his will (which included a provision that “dirty French novels and all skeptical trash and works of questionable moral tone shall never be found in this library”). The library opened in 1894. After a period of independence and some time on the campus of the Illinois Institute of Technology, the library merged with the University, on the condition it would remain free to the public.

The Push to Be World Class: A New Direction For the Computer Science Department

"What is the smallest size a really world class CS department can be?"