What a Trump Administration Means for Graduate Student Unionization Efforts

After winning the right to unionize earlier this year, graduate students at private universities like the University of Chicago may see those gains reversed under a Trump presidency. 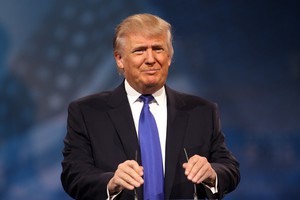 As president, Trump would have the authority to nominate new members of the National Labor Relations Board (NLRB), the government agency charged with adjudicating collective bargaining disputes. Currently, the five-member board is made up of two Democrats and one Republican, with two unfilled vacancies. Opposition from a Republican-controlled Congress has prevented the Obama administration from filling those vacancies; Trump’s nominees would presumably shift the board to a Republican majority.

One of the many issues that may be affected by the changing party majority on the board is graduate student unionization. In August, the NLRB’s Democratic majority ruled in a 3–1 decision that graduate students working as teaching and research assistants at Columbia University are employees and therefore able to unionize.

Graduate students have been down this road before. August’s ruling reversed the Bush-era NLRB’s 2004 decision in a similar case at Brown University and stated that the Brown decision “deprived an entire category of workers of the protections of the [National Labor Relations] Act.” That Brown decision had, in turn, reversed the pro-union decision of the Clinton-era NLRB in a 2000 case involving New York University students.

James Whitehead, a senior counsel at Sidley Austin LLP and a lecturer at the Law School, said it’s very likely that a new case concerning graduate student unionization would come up in the near future and be decided by Trump appointees.

“He would have to nominate individuals to fill those two [vacant] slots, they would have to be confirmed by the Senate, and then they would have to await another case. The labor board actually decides cases that are brought to it; it doesn’t simply make pronouncements in a vacuum, so a board filled with his appointments would have to await a new case involving presumably a different college or university to come up before it. I think you can be pretty certain that would happen fairly soon.”

In addition to the two vacancies that he could fill immediately, Trump would also have the right to choose the replacements of the two Democratic board members whose terms expire in 2018 and 2019, and the Republican board member whose term expires next year. Each member of the NLRB serves for five years.

“During his four-year term, assuming he’s not reelected after that, [Trump] could pretty much remake the NLRB membership. All five of the positions…during his term would come open, and he would be able to appoint whomever he wanted,” Whitehead said.

Whitehead also spoke about the possibility that a Trump presidency would lead to more anti-labor views represented among U.S. Court of Appeals judges, making it more difficult for pro-unionization activists to challenge NLRB decisions. In theory, Republicans in Congress and the Trump administration could propose an amendment to the National Labor Relations Act that would redefine “employee” in a way that explicitly excludes graduate student assistants.

“I don’t view that as a high likelihood because [though] this is a very important issue for colleges and universities, but it may not be sufficiently important to the world generally for Congress to want to expend its scarce resources on legislating in this area. But because there were a number of other NLRB decisions that were particularly controversial, I suppose it’s not inconceivable that a Republican Congress might propose a bill that would affect the National Labor Relations Act in a number of different ways to deal with a number of these decisions, and the Columbia University decision could simply get lumped in,” Whitehead said.

Laura Weinrib, an assistant professor at the Law School, said that the NLRB appointments are Trump’s most likely and easiest method of impacting graduate student unionization.

“We can expect that, with President Trump making nominations, there are going to be some strongly anti-labor views represented on the board…. I would say there’s a good chance that the board will end up reversing itself,” Weinrib said.

In the case of such a reversal, Weinrib suggests that graduate students focus on persuading universities that it’s in their best interest to recognize unions voluntarily, as New York University agreed to do in 2013, preempting a legal challenge.

The University has said that it does not support graduate students’ efforts to unionize. President Robert J. Zimmer and Provost Daniel Diermeier released a statement in August following the NLRB ruling warning of their perceived possible negative effects of unionization. In the statement, Zimmer and Diermeier stated that they think a union might come between students and faculty in crucial academic and professional decisions.

“These decisions could range from which classes students teach, to how best to collaborate with scholars in other departments, to the steps students can take to further their long-term career development. Ceding the power to bargain over some or all of these decisions to a union, which by design focuses on the collective interests of members while they are in the union in the short-term, could make it more difficult for students to reach their individual educational goals,” the statement read.

The University News Office did not respond to a request for comment as of the time of publication.

After the NLRB ruling in August, Graduate Students United (GSU), a graduate student organization in the University, has stated that it plans to push for unionization on campus. The group subsequently told the Maroon that it hoped to hold a vote in March or April.

Juliana Locke, a second year master’s student in the Divinity School and member of GSU, said that Trump wouldn’t change the group’s plans for organizing on campus. “Obviously, that is a concern. It is not directly impacting our plans in any concrete way other than affirming our need to form a strong union that can protect student workers and all marginalized students and members of our community as soon as possible. Any kind of national-level appointments will take a while to go into effect and obviously we would prefer a pro-union NLRB board, [but] it is not changing any of our strategy except for solidifying our mission.”

Currently, GSU is organizing a card campaign to assess support for a union among graduate student workers on campus, and hopes to hold a vote by the end of the school year. Most of the students voting on the unionization issue would be teaching assistants or research assistants, and if sufficient students are in favor of a union, GSU will put forth a petition to the administration.

Locke emphasized that GSU’s work on campus will continue even in the anti-union environment of a Trump administration. “We prefer not to think in apocalyptic ‘what if’ situations. Graduate Students United has been organizing for about a decade on campus and accomplishing, not as a student union but just as a student group, supporting the rights of any student who feels that they are experiencing injustice or not having their voices heard.”

This is the first in a series of articles looking at the impact of a Trump administration on the University of Chicago community.

This article has been edited to clarify the legal situation for graduate student unionization after this summer's NLRB ruling.