Race, Pain, and Laughter at The Revival 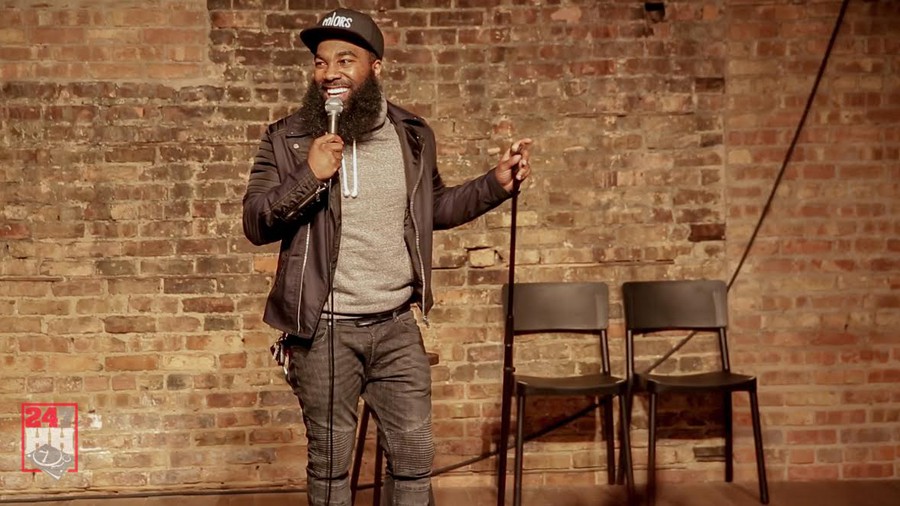 Comedian T Murph has appeared in shows like "Chicago Fire" and "Key & Peele.

‘‘Happiness isn’t something that’s meant to last forever in a world this messed up.’’

Local politician, philanthropist, and hip-hop artist Rhymefest put it eloquently during a speech on letting go of the small losses in life and learning to be happy by abstracting the everyday injustices experienced in modern society.

It’s exactly these injustices, and the consequent ability to both acknowledge and laugh them off, that “Word Play” challenges every month. Curated by Dave Jeff, founder of local creative consultancy PHLI, and hosted by Leon Rogers, local comedian and co-host of Chicago Morning Takeover on 107.5 WGCI, the show brings together and shows off some of Chicago’s local talent. From up-and-coming artists to Grammy winners, their aim is to “incite laughter, cheers, and tears” while providing an insight into some of the realities of modern-day America.

The show’s chosen media—hip-hop, spoken word, and stand-up—are as endemic as any of the issues the show addresses. At the grassroots level, these art forms provide viewpoints into the daily reality of what it’s like to be not-white and unfairly represented in a country that seems both obsessed with, and lackadaisical about, shaking off centuries of cultural hangover. Yet, at the mainstream level, they are commodified and marketed to exactly the audience that isolated these artists in the first place. It’s only recently that this expectation in mainstream entertainment has been challenged by recent shows like Donald Glover’s Atlanta and the work of up-and-coming artists like Vince Staples and Chance the Rapper, who all remain staunchly uncompromising. It’s through shows and cultural movements like “Word Play” that this positive trend can continue.

From Rogers laughing at the struggles of modern fatherhood, to 66 and Smitty B describing the experience of being young and a minority in Chicago, we can hear what life can be like for a true range of people minus the filter of the modern media cycle.

Voices like these are important because they can cut through this bias—imaginary or not, conscious or not. They provide a reality check, reminding us that not everyone has forgotten the ills of the life of minorities in Chicago.

Maybe that’s why it’s important that we learn how to laugh when we hear T Murph describe having to get a “designated passenger” just to drive around Hyde Park without fear of getting stopped by the police—partly because they’re funny stories well told, and partly because we’ve run out of ways to cry at a system so obviously biased against some, with no clear exit.

At one point during his time on stage, Rhymefest recalled a time when, shortly after he won his Grammy, he was having dinner with a reverend who, having heard the news, turned to him and asked, “OK, that was yesterday, what are you going to today?” He pointed out that even in our times of greatest success, modern life forces us to keep looking forward.

Perhaps the key word in the description is “incite,” from the Latin “to urge” or “to stir up.” These shows aren’t important just because they’re raw, real voices of modern life, but because they need to be heard if we want to acknowledge, process, and move onward.

What are you going to do today?

Body of Artists Tackles Campus Issues at The Revival

The show was unapologetic in its approach to today’s issues: spoken word pieces on sexual assault and eating disorders and a slam poem on fraternity culture expressed hot topics on campus.

Trigger’d: The Revival a Safe Space for Comedy