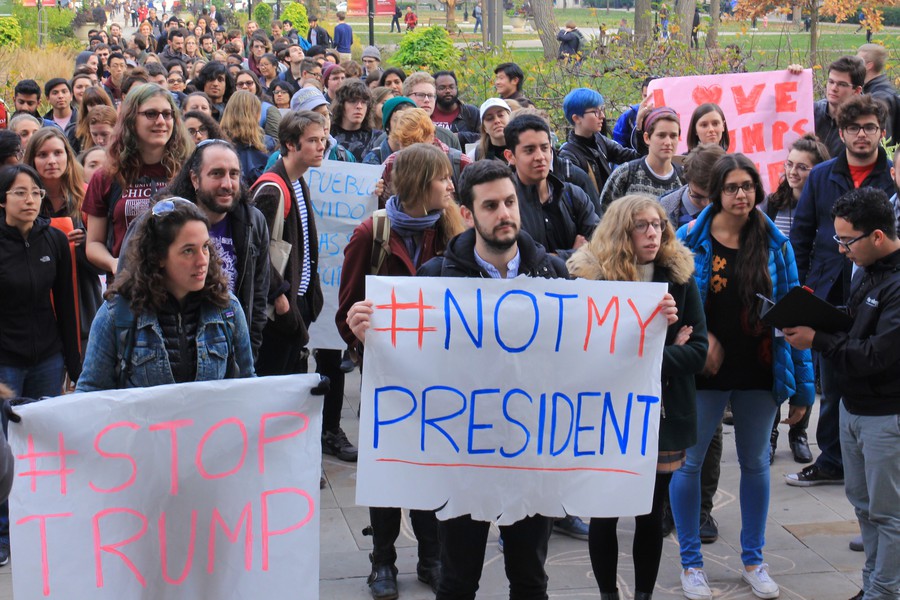 When asked if the University of Chicago is a “sanctuary campus,” a University spokesperson avoided the phrase but said several administrative offices are examining how a change in national immigration policies could affect the University and the community.

Since Donald Trump’s election to the presidency, several universities have declared themselves so-called “sanctuary campuses,” which means they will limit cooperation with federal immigration authorities in order to protect undocumented students from deportation.

Trump has promised to repeal President Obama’s Deferred Action for Childhood Arrivals (DACA) executive action. Repealing DACA would eliminate work permits and protection from deportation for young people who were brought to the United States as children.

University spokesperson Jeremy Manier wrote in an e-mail that there is some disagreement about what exactly “sanctuary campus” means. When asked specifically if the University would cooperate with immigration enforcement officials seeking to deport students if DACA were terminated, Manier said in a statement, “The Provost has instructed several administrative offices to examine how potential changes to immigration policies could affect our university and the community, especially in relation to our students and staff who currently benefit from DACA.”

Under DACA, children and young adults who entered the United States illegally and meet certain conditions are protected from deportation and may receive work permits. Obama issued the executive order in 2012 after the failure of the DREAM Act, which would have provided a path to legal status for the people protected by DACA. University President Robert J. Zimmer resisted pressure to join other college presidents who supported the DREAM Act when it was being considered by Congress. Zimmer recently signed a letter in support of DACA.

Pressed again for an answer on whether the University is a “sanctuary campus” for undocumented students, University spokesperson Jeremy Manier chose not to use the phrase specifically, and referred the Maroon back to the above statement.

“The administration has been in continued weekly communication over the past weeks and we hope that the new senior-level administrator task force continues to work with UCCIR as we get closer towards inauguration and beyond,” Moises Rodriguez Cruz, a representative of UChicago Coalition for Immigrant Rights (UCCIR), said.

According to Manier, University personnel from the Office of Campus and Student Life, the University of Chicago Police Department, and the Office of Legal Counsel have been in contact with students to discuss concerns relevant to undocumented or “DACAmented” students.

Dean of Students in the University Michele Rasmussen and Executive Vice Provost Sian Beilock plan to meet with students from UCCIR to discuss issues that the University should evaluate.

“I personally applaud how responsive the administration is being, and I am glad to see the direct involvement of students that are going to be directly impacted,” Rodriguez Cruz said.

Last week, Student Government announced it would vote on two resolutions on January 3. The first resolution urges the administration to support undocumented, “DACAmented,” and international students through the creation of a task force. The second pushes the University not to cooperate with immigration officials and calls for an emergency financial aid fund and free legal counseling to be made available for students in danger of deportation. Rodriguez Cruz, who helped draft the resolutions, suggested to the Maroon last week that the resolutions together were a call to make the University a “sanctuary campus.”

In recent weeks, several universities and colleges have put out statements in support of or opposition to becoming a “sanctuary campus.” Drew G. Faust, president of Harvard University, recently said she is worried about calling Harvard a “sanctuary campus,” and that the term has no legal significance. The University of Pennsylvania has declared itself a “sanctuary campus,” while Princeton has opted out: President Christopher Eisgruber sent out a campus-wide e-mail saying the idea has “no basis in law.”

Protesters Walk Out of Classes, Rally Against Trump