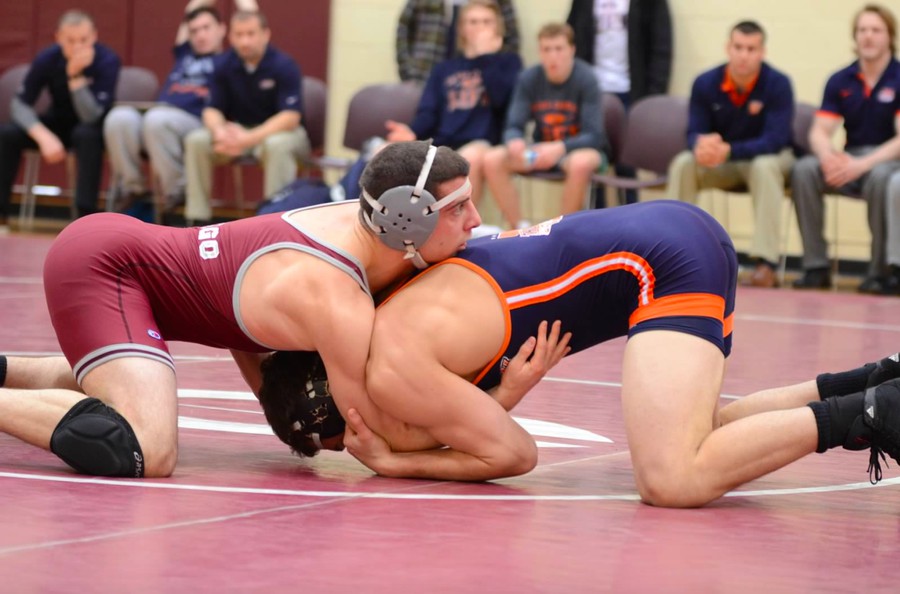 Chicago capped off a very competitive weekend at the UAA championship meet with a strong second-place finish after a close final match with NYU. Four Chicago wrestlers earned UAA championships individually on Saturday: second-year Devan Richter (125 lb.), first-year Mason Williams (141 lb.), second-year Nick Ferraro (165 lb.), and fourth-year Ryan Walsh (197 lb.) all finished first in their respective weight classes. As a team, the Maroons finished the dual meet portion of their schedule with a 5–10 record and a 1–1 record in the UAA.

The UAA championship meet opened up with Case Western dropping its first match against the top-seeded NYU 36–12. The Maroons were next up as they took on Case in the second match of the day. The squad came out strong as it took the first four matches against Case with Richter, first-year Louis DeMarco, and Williams all winning their respective matches. Despite third-year Justin Klein dropping his match 17–0 at 157 pounds, the Maroons were able to resume their streak, winning their next four matches. The Maroons would conclude their match over Case with a 36–11 win and the chance to compete against NYU for the UAA championship.

The South Siders went into the match looking to dethrone the Violets as NYU came into the day as the four-time defending UAA champions. The matches between the two teams were hard fought as each team was battling for every inch to claim a UAA championship for its squad. Both teams traded off pins to start off the match as Richter pinned third-year Wayne Yuan of NYU but third-year Nathan Pike of NYU pinned DeMarco. With the score knotted at 6–6, Williams provided a huge spark as he came from behind to win his match 4–3 with a takedown with 12 seconds left. The matches would go back and forth as the Maroons went into the 197- and 285-pound matches down 19–13. Walsh won decisively 4–3 at 197 pounds to cut NYU’s lead down but first-year Santino Pelusi of NYU clinched a NYU victory by defeating first-year Patrick Mulkerin 5–2.

While the Maroons suffered a tough defeat to the Violets, there were many positive takeaways from the meet for the South Siders. Walsh came away with his first individual crown after he had many key wins for the Maroons in the both of the meets this weekend.

“I am happy with my performance, winning the individual crown and extending our chances of defeating NYU to the final match. Even though we did not pull out the team title, I could not be more proud of how our team wrestled,” Walsh said.

The Maroons will look to continue their success at the NCAA Midwest Regional at Wabash on February 27. They will face a slew of teams that they have already competed against this season, including Wheaton, Elmhurst, North Central, Trine, and Wabash. The wrestlers will look to repeat or best their past performances.