The biological sciences division received the most funding, followed by the physical and social sciences. 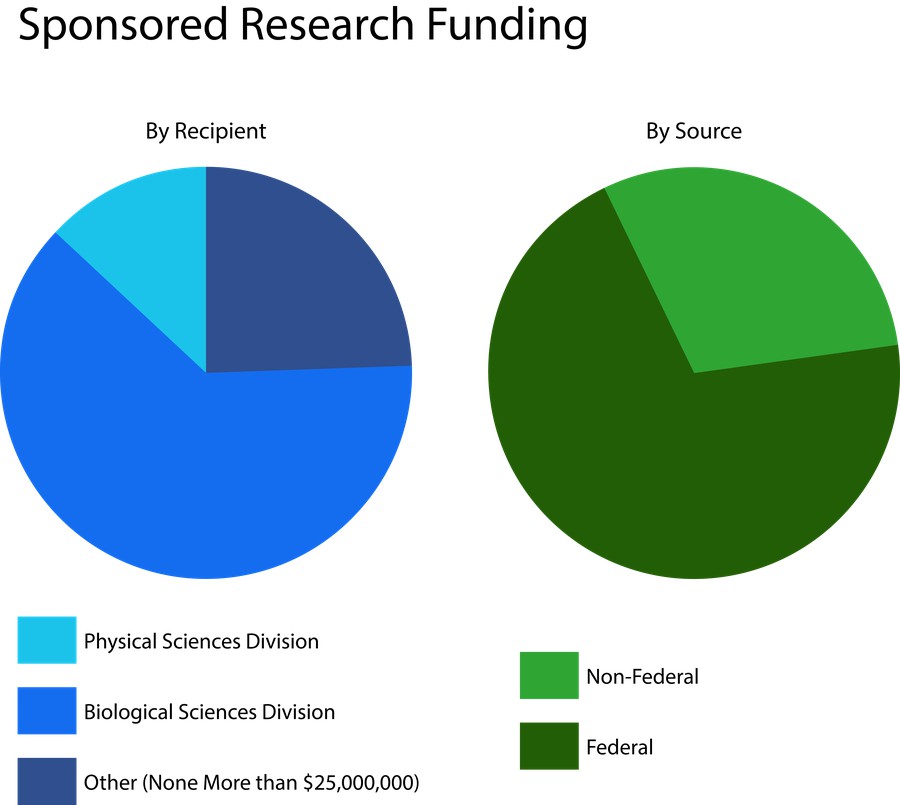 The University of Chicago received $469 million in sponsored research funding in 2015, marking a slight increase from $451 million in 2014, according to a summary released by the University News Office.

University researchers and faculty members put together funding proposals for their research projects, which the University then submits to various funding organizations. Decisions are made by a peer review system wherein experts in the field judge the viability and impact of the proposed research.

One of the NIH award recipients was Andrezej Joachimiak, a senior fellow at the Institute for Genomics and Systems Biology and Computation Institute. He received $6.2 million on research that aims to develop more advanced methods for determining protein structures.

James Heckman, a professor of economics, received $2.1 million from the Pritzker Family Foundation for research on early childhood development. The research aims to find the most influential intervention program to maximize human potential in the first five years of life.

The federal government granted most of University of Chicago’s peer institutions the bulk of their funding. It sponsored approximately 81 percent of research at Stanford, amounting to $988 million during 2015-2016. 82.5 percent of Princeton’s research funding came from federal agencies, amounting to $242 million in 2014. The NIH and National Science Foundations were the largest federal sponsors at both institutions.