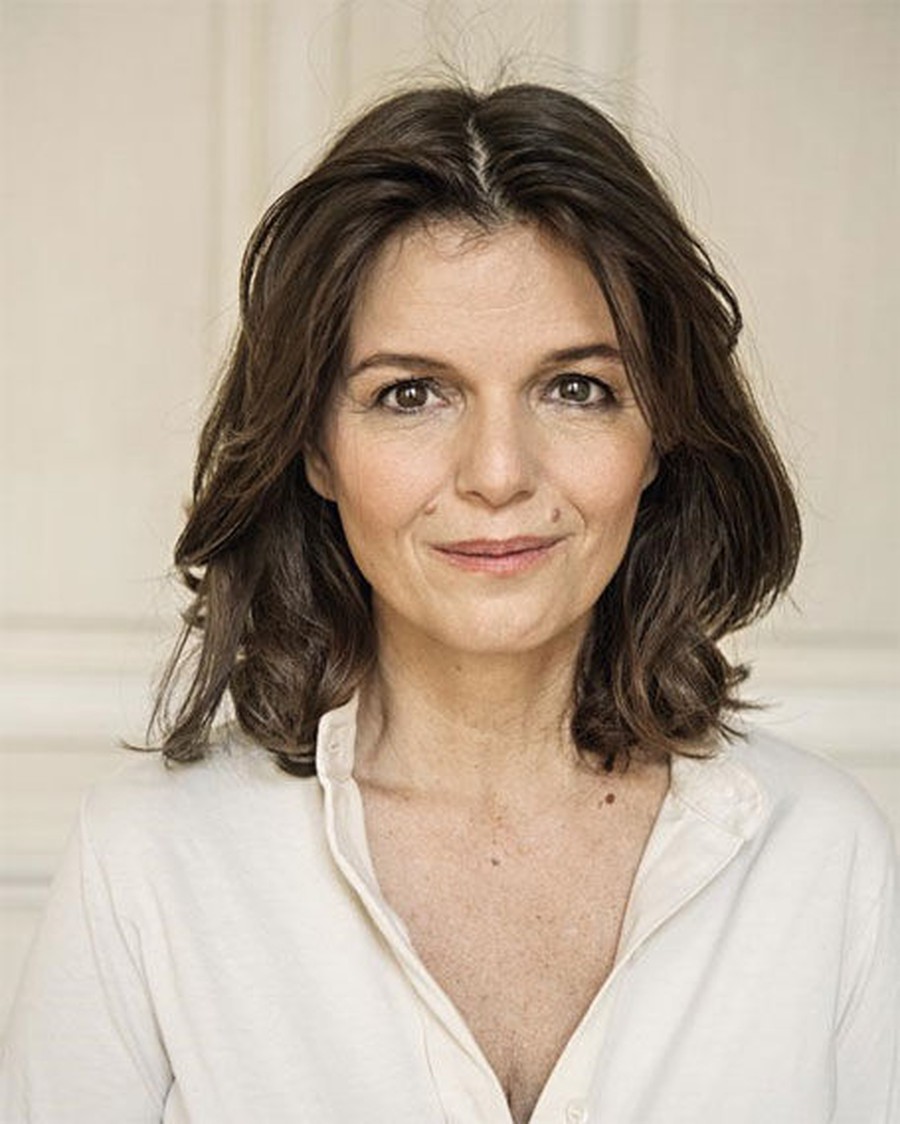 Author Maylis de Kerangel discussed the importance of time and language in writing last Thursday at the Sem Co-Op.

Courtesy of French Embassy in the United States

“Writing for me is breaking time as we know it. It’s not just a continuum of time, but a sedimentation of experiences,” Maylis de Kerangal said with the warm, rounded lilt of a French accent. Her hands moved animatedly, fluttering like butterflies as she paused to translate her thought into English. When it eluded her grasp, the audience—many francophone, some not—offered up suggestions.

This past Thursday, the Seminary Co-Op partnered with the Cultural Services of the French Embassy, the France Chicago Center, and the University of Chicago’s Department of Romance Languages to host French author de Kerangal. As the windows facing the street of the Seminary Co-Op glowed softly with white Christmas lights, rows of red chairs filled with 20 or so people, mostly middle-aged, in various states of outerwear undress, reflected in the glass. De Kerangal held court in the cozy arrangement to read excerpts of her critically acclaimed novel The Heart, recently printed in the U.S., before engaging in a post-reading discussion with professor Irina Ruvinsky of the School of the Art Institute of Chicago who received her Ph.D. here at the University.

Time is a central element of de Kerangal’s latest novel, which has been alternately translated into English as Mend the Living. The original title, Réparer les vivants, derives from a line of Anton Checkhov’s Platonov, which reads to “bury the dead and mend the living.” A story of grief, loss and the marvels of science, The Heart takes place in the span of 24 hours—the length of time that an organ remains viable for transplant. During that time, a team of nurses and doctors try to salvage the heart of a comatose, brain-dead young man in order to transplant it to a woman on the brink of death—all against the backdrop of grieving parents coming to terms with unexpected loss.

De Kerangal read two passages in French while Ruvinsky read the corresponding translations. In its original form, de Kerangal’s prose is tense, disjointed, and melancholic, capturing the slow-motion shattering of lives as a woman grapples with how to tell her husband that their son is dead. However, the English translation, combined with Ruvinsky’s meek voice, blunted the immediate potency of the text.

The ensuing discussion centered on the importance of time and language in writing. Language often fails during tragedy, which creates an abyss between the past and present that words cannot articulate.

“Manipulating language is manipulating time. Break a sentence and there is a hole of memory,” de Kerangal said.

The tension between de Kerangal’s precise language—she often employs hospital jargon and zeroes in on microscopic moments—and the gasping-for-breath-sucker-punch-to-the-gut emotion creates a time distortion. It is a malleable, multi-layered thing. In the 24 hours between the violent rupture of a life and the start of a new one, de Kerangal plays on the full scope of human emotion—and moment.

As the author of almost a dozen novels, de Kerangal also discussed her writing process. She writes and researches her works simultaneously, describing the process as a bridge: she begins with an endpoint in mind but must write her way across the chasm to reach it. For The Heart, she employs medical language to draw readers into the operating room. To prepare, she met with specialists who determine organ compatibility and even observed a live transplant—a process that helped her understand the instantaneous impacts of time. Since heart transplants often occur unexpectedly, de Kerangal awaited the call from the hospital only to miss the first operation while on a trip to Russia, and the second operation, when a heart was rejected during surgery, as she rode in a taxi to the hospital.

As broad in scope as it is precise in language, The Heart looks at the dual nature of the organ as a vital muscle and as, according to de Kerangal, a “blackbox archive of sentimental affects.” The novel is currently being adapted for the stage in two different French productions as well as a film set for release this fall.