And the Oscar Goes to, Part I: The Depth of Animation 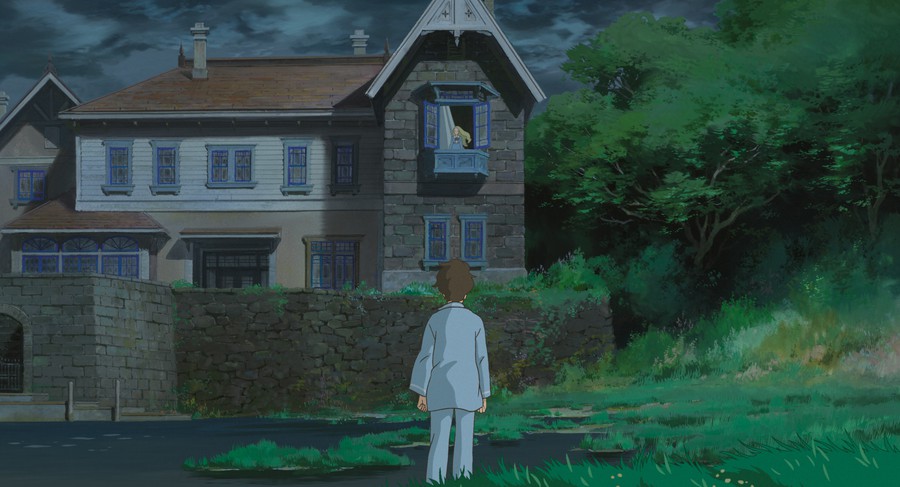 The 88th Academy Awards, which will be held on February 28, have generated a lot of attention, both positive and negative. Will Leonardo DiCaprio finally win Best Actor? Will Academy president Cheryl Boone Isaacs successfully implement change in the nomination process in order to more accurately reflect the diverse talent in the film industry? Will the ceremony feature even more self-referential humor regarding the predominantly white and male Academy, as well as the film industry at large? And will that even be funny this time?

I invite maroon readers to take a step with me away from the frustrations we may be experiencing toward the Oscars, and momentarily set aside the heavy social and cultural implications attached to this historic ceremony. For just a few minutes, I would like to shift our attention to one of the categories that has not received much of the Oscars’ spotlight this year but which consists of five masterful works of art that vary hugely in technique, theme, style, and place of origin.

In the first installment of a three-part Oscars analysis, let’s talk about the nominees for the Best Animated Feature Film Oscar.

The first film on the ballot, Paramount Pictures’ Anomalisa, is a stop-motion adult drama written by Charlie Kaufman and directed and produced by Kaufman and Duke Johnson. Anomalisa is, in many ways, not the kind of film one would expect to see in the Animated Film category, though for fans of Kaufman’s dark, witty, surreal work (he wrote Being John Malkovich and Eternal Sunshine of the Spotless Mind) this comes as no surprise.

The film revolves around a one-night stand between Michael, a self-help author who suffers from the delusion that everyone in the world is actually the same person in different bodies, and Lisa, who appears to be “not like the others,” possessing her own distinct voice (courtesy of the talented Jennifer Jason Leigh). What begins as a gloomy tale, punctuated by dreary backdrops and monotonous pacing, devolves into a manic sequence of travesties as the protagonist progressively loses his mind.

Produced with uncomfortably realistic 3-D printed puppets and funded entirely on Kickstarter, Anomalisa is a painstakingly animated, painfully depressing surrealist chef-d’oeuvre that reaffirms Kaufman’s reputation as one of the most original and wickedly smart filmmakers of our time. So much about this film is simply unforgettable, including the most fascinating (and hopefully the last) hyper-realistic puppet sex scene I’ve ever watched.

The second film, Boy & the World, is a whirlwind of color, music, emotion, and nostalgia hailing from Brazil. At 80 minutes, this brief, mostly-silent 2013 film makes a lasting impression. Combining traditional hand-drawn animation with computer-generated shapes and patterns, Boy & the World distinguishes itself from its fellow nominees by its varied use of contrast. Director Alê Abreu juxtaposes explosions of vibrant colors with oppressive hues of industrial smog, freewheeling dots and strokes with concentric shapes and rigid geometry, Basquiat-esque scribbles, and arrangements of collaged propaganda reminiscent of the Russian avant-garde. All are united to tell the story of a rural farm boy exploring a Brazilian industrial complex in search of his father.

While the film’s narrative is often subordinated to its not-so-subtle sociopolitical themes, most of the film’s brilliance actually stems from its youthful energy and its nostalgic study of childlike innocence and joie de vivre. Boy & the World is the kind of film that, if viewed by the right person at the right age, can incite a deeply emotional passion for art and creativity, possibly for the rest of their life.

I won’t spend too much time talking about the one film in this category everyone seems to be familiar with: Pixar Animation Studios’ Inside Out. The consensus seems to be that this gorgeously rendered family film is yet another iconic tour de force from arguably the best feature film animation studio of our time. Its intelligent and nuanced screenplay goes beyond what is required for a successful Pixar film, while its charming characters and impressive voice casting provide the hearts to complement the brains.

The last two films on the ballot are the U.K.’s Shaun the Sheep Movie and Japan’s When Marnie was There. As Anomalisa inhabits one end of the stop-motion film spectrum, Shaun the Sheep Movie dances sweetly on the opposite end, providing the kind of harmless humor and top-form family entertainment that could only come from Aardman Animations (the creators of Wallace & Gromit). Silly yet humble, this film does not strive to be anything more that what it wants to be: wholesome kid-friendly claymation with a big beating heart.

When Marnie Was There, Studio Ghibli’s  fifth Animated Feature Film nominee, is a delicate emotional exploration of a friendship between a recently relocated, socially anxious teenager and the ghost of a girl whose aristocratic family once owned a nearby abandoned mansion. This film, although tame compared to the past achievements of Studio Ghibli, is essential viewing for anyone interested in animation because it does justice to the elusive theme of female adolescent friendship in a way that only a few other films, animated or real, have been able to do. It’s not just about girls discovering their interest in boys; it’s a cinematic manifestation of girls embodying girlhood together, which is a refreshing phenomenon to watch.

I’m fairly certain Inside Out will take home the Oscar in this category, partly due to Pixar’s reputation but also because, despite the strengths of the other films in this category, Inside Out achieves a unique, universally enjoyable charm without sacrificing any of the components that make it an extraordinary feat of filmmaking. It is a crowd-pleaser in the highest sense of the word. But I’m open to surprises, and I would be happy to see any of these diverse works of art take home an Oscar on the 28th.