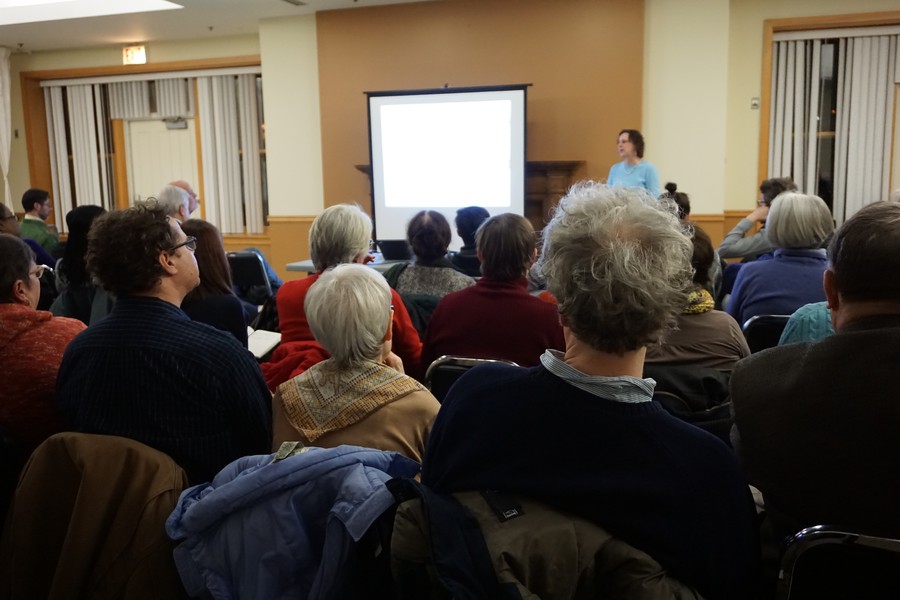 Hyde Park locals reconvened at the Washington Park Refectory on Monday evening to continue talks concerning upgrades to Jackson and Washington Parks. Either Jackson Park or Washington Park will be selected as the site for the Barack Obama presidential library.

The open dialogue was prefaced by community activist Timuel Black (A.M. ’54), who celebrated his 97th birthday this past December. He emphasized the importance of maintaining the social values that neighborhood parks afford to the surrounding community; these values, Mr. Black argued, are integral to the cultural biography of the South Side parks system.

Patricia O’Donnell, the landscape architect overseeing the South Side parks project, led the remainder of the workshop in conjunction with Robert Karr, president of Project 120 Chicago. This nonprofit organization works to “promote ecology and community vitality” through the development of improved landscapes and infrastructure in Chicago’s South Side. Project 120 Chicago, which is considering a name change to “South Parks Alliance” for transparency, is responsible for spearheading the South Side parks project in cooperation with the Chicago Park District.

The project’s main objectives in Washington Park include optimizing pedestrian and biking paths in addition to slowing traffic on the Morgan Drive thoroughfare. Community members generally agreed with the proposed changes. Attendees were especially concerned with the safety hazards raised by drivers using Morgan Drive as a shortcut through the park. O’Donnell plans to address these hazards through the construction of guardrails, speed tables, and proper bus stop spaces.

“This is a park, not a highway,” O’Donnell said. The applause that followed her words exemplified the sentiments of many Washington Park area residents and regulars.

The latter half of the meeting discussed plans for Jackson Park. O’Donnell also addressed improper drainage and flooding at the east end of the Midway, which would ideally be remedied through the Project 120 Chicago framework.

There was dispute in regards to the plans for a Jackson Park “Phoenix Pavilion and Music Court,” a small amphitheater that would act as a music venue and community center. Current plans place this structure just south of the Museum of Science and Industry. Several attendees voiced their concerns that this project would both contribute to noise pollution in the park and negatively impact Chicagoans who wish to enjoy the natural beauty that Jackson Park has to offer.

The Jackson Park component of this plan alone is a $13 million undertaking. These funds are to be raised through both private and public channels. Project 120 Chicago, in cooperation with the Chicago Park District, has negotiated federal funding to match private fundraising at a 35 percent to 65 percent ratio, wherein 65 percent will come from federal funding. As of now, $7 million of these funds have been activated, but further private fundraising is needed in order to increase public backing. Washington Park, however, has not yet received any funding.