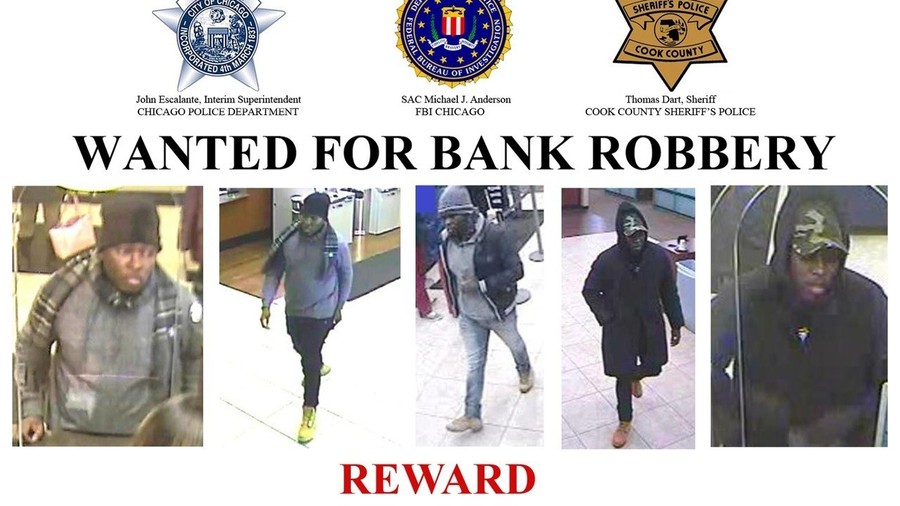 An FBI poster offering a reward for information leading to the arrest of the individual above, wanted for five bank robberies.

The FBI has released new information regarding the activities of the bank robber they are calling the “Pinball Bandit.” So named for the frequency and relative proximity of his crimes, the Pinball Bandit committed a reported five robberies between January 13 and February 2, including two at a Chase bank in Hyde Park.

The FBI recently identified the perpetrator of the five robberies as the same individual. Although previous statements from the FBI and a Maroon article published on February 5 described the two Hyde Park robberies as unrelated, new information released by the FBI suggests that the Pinball Bandit is in fact responsible for all five robberies.

An individual matching the suspect’s description entered the MB Financial Bank on Broadway Street and Chase banks on Taylor Street, Division Street, and 53rd Street and threateningly demanded money from bank employees. The suspect robbed the 53rd Street bank twice. While no weapon was used or displayed during any of the five robberies, the suspect is believed to be armed and dangerous.

The FBI is offering a reward for any information leading to the suspect’s arrest. According to the official report by Special Agent Garret Croon, “the Pinball Bandit is described by witnesses as a male, black, 25 to 35 years old, 5’8” to 6’1” tall with a slim to medium build, and brown eyes.” The suspect, who has been spotted in dark, hooded clothing with tan boots and some form of head coverage, is still on the loose.

During last Tuesday’s robbery, the suspect entered the 53rd Street bank about 20 minutes before its 6 p.m. closing time and demanded money from the teller. The incident was captured on the bank’s surveillance camera. Less than three weeks prior, the same bank was robbed at 5:50 p.m. In both cases, the amount of money taken was not made public.

Anyone who recognizes the Bandit or possesses information about his whereabouts is advised to call the Chicago FBI Field Office at (312) 421–6700 or the local police.