In the middle of controversy over racism, the Oscars promote tone-deaf Asian stereotypes. 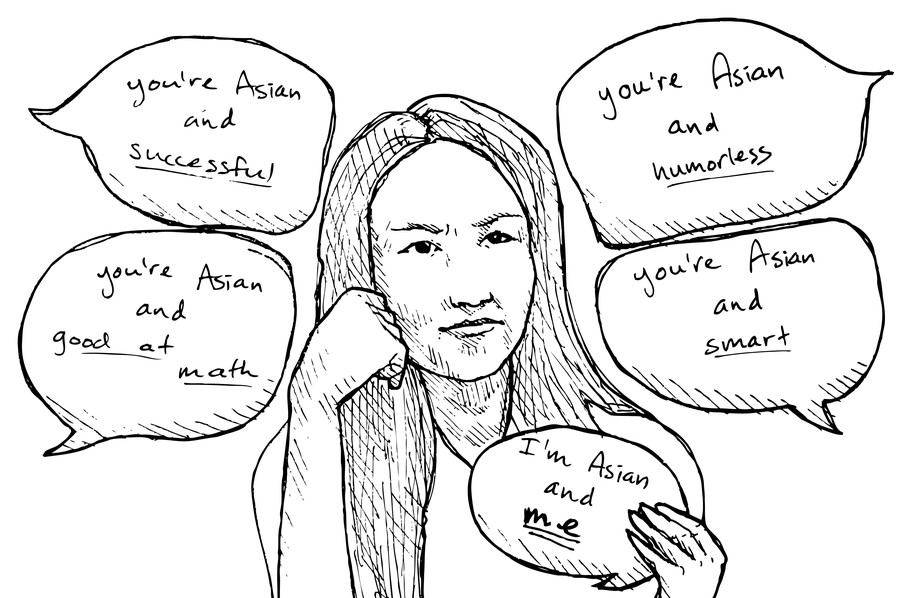 I remember bursting out of physics class that morning and heading to the school buses that would take us to the auditorium for the assembly to induct the seniors with the highest grades. The autumn wind swirled menacingly around my dress as I struggled toward the bus stop. It also carried toward me the voices of two boys walking a few steps ahead.

“Time to go watch the Asians get all the awards,” one guy snorted. “Fuck them.”

Somehow the air grew even chillier. His bitterness toward my race stung more than the wind did. I felt a surge of shame. Everything that I had worked hard for during the past four years suddenly seemed undeserved and invalidated. I spent the bus ride over to the auditorium in silence, hoping they wouldn’t notice me just a few seats from them. During the actual ceremony, I looked in the crowd for the boy who had said those things, watching him sneer at me and the several other Asians and Asian Americans that stood on stage with our flimsy certificates. I felt small and despised, yet I couldn’t look away.

That boy couldn’t have known that morning who would be inducted, yet he had assumed that many of them would be his Asian and Asian-American classmates. He hated us because the success of some of us seemed to have something to do with our intrinsic Asian-ness rather than any real merit—as if being born Asian naturally made us good at school and thus undeserving of this recognition.

This past Sunday during the Academy Awards, when Chris Rock called to the stage three Asian American children who were supposedly the Academy’s accountants from the prestigious firm PricewaterhouseCoopers, he was attacking my race in a similar manner as that kid from my high school who should have known better. Rock, a grown man, really should have known better. There were numerous problematic ways that the Oscars marginalized Asians that night, including Rock giving two of these kids meaningless ethnic names which perpetuated a sense of foreignness, to Sacha Baron Cohen’s comparison of Asians to “little yellow” Minions with poor physical endowments.

These kids’ ages were another troubling factor. Whether intentional or not, their youthfulness was a statement about the supposed intrinsic abilities of Asians. Apparently, even at a young age, we can be accountants at a Big Four auditor firm without trying. Maybe the morons who approved all of these Asian jokes for the Oscars thought this would be a cute reprieve from their more obvious attacks on my race, but in reality, they just invalidated any Asian’s success in an extremely competitive job like working at PricewaterhouseCoopers. Oh, you managed to slog through years of schooling and pass the Certified Public Accountant exam? Well, it’s naturally easy for you since you’re Asian. Such sentiments are not uncommon, and, thanks to the Oscars, will continue to be perpetuated far beyond high school racism on a windy October day.

After chuckling at the grim faces of these three kids, Chris Rock told America to lighten up if we couldn’t take some harmless humor: “If anybody’s upset about that joke, just tweet about it on your phone that was also made by these kids.”

By mocking those who would be offended, he asserts that we aren’t supposed to be, even though a tasteless joke on black stereotypes would have been unacceptable during this hosting gig in which he hypocritically defended diversity and inclusion. Not only are we as Asian Americans supposed to be content with only academic awards rather than Academy Awards, but we now also have to laugh along with stereotypes that dismiss the weight of our achievements. Otherwise we’re viewed as humorless, antisocial immigrants who can’t take a joke—the way this country wants to see us anyway.

I refused to watch the Academy Awards live this year because I wanted to protest—in solidarity with a fellow minority—its snubbing of black actors. Except, I forgot that nobody really cares about my opinions as an Asian. Scratch that. Nobody really cares about my opinions unless I’m giving them a tax break as their prepubescent accountant. Maybe one day someone will award me a tiny yellow Oscar statuette for great auditing work as a tiny yellow—apparently Minion-like—Asian. But I doubt it. They won’t believe that I’ve earned it.

Sophia Chen is a second-year in the College double majoring in political science and economics.