Anatomy of a Trump Supporter

Obama’s policies didn’t create future Trump fans, but his presidency pushed them over the edge. 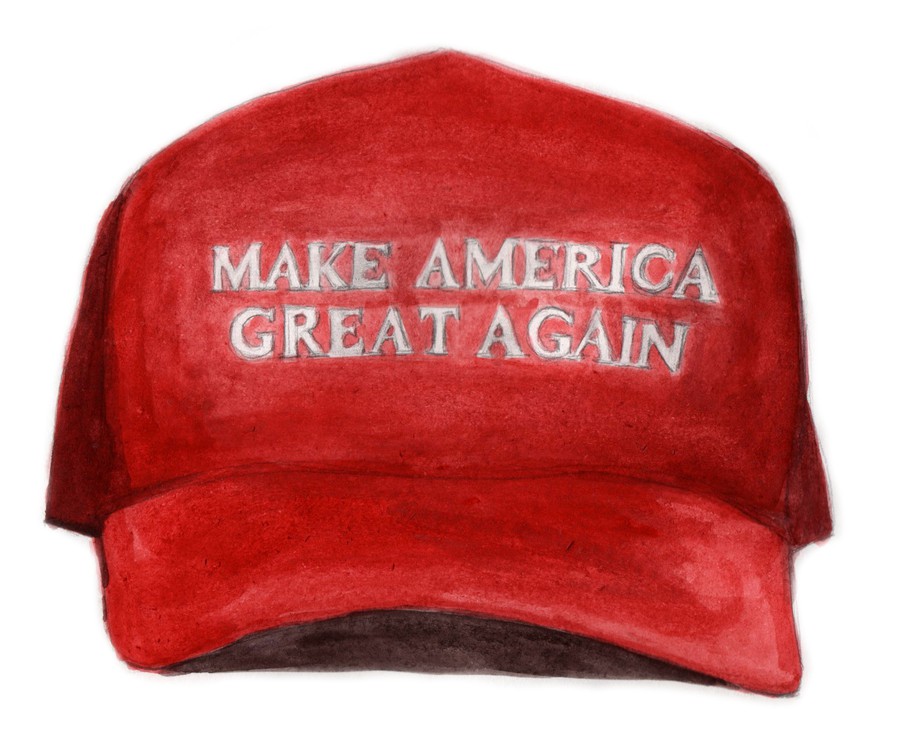 As it becomes increasingly likely that Donald Trump will be the Republican presidential nominee, people have begun to play the Trump blame game. The astonishing support that Trump has won for himself does demand an explanation—how could someone like Trump, a blatant sexist, racist, and shameless provocateur, maintain such a punishing lead for so long? During a recent press conference, President Obama sharply rebutted accusations that he was responsible for Trump’s support. In one sense, Obama is right—his policies didn’t create the Donald Trump phenomenon. But the color of his skin certainly didn’t help. Indeed, the simple fact of Obama’s election as the nation’s first black president was the final straw for future Trump supporters.

The astonishing success of Obama’s 2008 campaign was what, paradoxically, set the stage for the rise of a far-right demagogue. With Obama’s soaring speeches, historic candidacy, and devoted supporters, general election turnout would prove to be shockingly high, with Democrats taking the highest percentage of the vote since 1964. Faced with such an enthusiastic liberal base, it’s hardly surprising that Republicans did what they could to increase conservative turnout.

What is surprising is that those efforts included incendiary, racist rhetoric. “Birthers” questioned the legality of Obama’s campaign with the farcical claim that he was born not in Hawaii, but in Kenya—a claim that not only flew in the face of reason but also would never have gained traction if Obama were white (and thus, by their logic, demonstrably American). The birther movement against Obama gained far more support than any challenge to either John McCain’s or Ted Cruz’s legitimacy (neither was born in the mainland U.S.). Other conspiracy theorists accused Obama of secretly being Muslim. This was a claim that no one made in earnest against any white candidates—apparently, only the black presidential candidate would lie about his faith.

Obama’s racial identity drove a huge swath of voters to question his credentials, his honesty, and his basic American-ness. That these race-based challenges were not dismissed but repeated on “mainstream” news sources and by prominent public figures validated the paranoid fear that a black presidency could only come at the expense of white America, popularizing and legitimizing the demand for a white, demonstrably devout Christian president.

Efforts to agitate voters against a black presidential candidate were born of a cynical desire to whip up the conservative vote at all costs. When certain parts of the GOP acquiesced to the inflammatory racial rhetoric creeping into the presidential campaign, it was because they believed that they had simply brought indifferent voters back into the Republican fold. Instead, they sped up the creation of a new class of voters utterly uninterested in working within any existing political framework. The voters who were told that their paranoid distrust of all things Obama was legitimate believed that they’d been vindicated. Angry, white, and middle-class, it was easy for this newly energized class of voters to blame all their troubles on the political “establishment”—meaning, first and foremost, Obama but also all of their political representatives, including the GOP.

And this is not at all surprising. The white, American middle-class has felt under siege for quite some time; according to a Pew poll, the American middle-class is shrinking steadily, and the share of white people in the middle class has dropped. Middle-class men are making fewer socioeconomic gains than women. The incomes of people with only a high school diploma have also plunged. The result: a demographic comprised largely of working class white men that feels endangered. The rhetoric of the 2008 presidential campaign not only validated this sense of victimhood, but also gave angry voters multiple targets; they felt betrayed by previous politicians (like George W. Bush), and they were certain that they would continue to be betrayed by future ones (especially Obama).

A black president was the final blow for voters whose fury had been fermenting for years. And when middle-class wages remained stagnant and the economic recovery came slowly during the Obama administration, enraged white voters believed they’d been proven right. Now a substantial segment of white, middle-class America saw themselves not only as victims, but as victims who’d been exploited and beaten down by the rest of America (anyone who didn’t belong to their demographic).

The two-term presidency of a black liberal didn’t make these voters, but it was the last in a series of events that created them. Obama wasn’t the only enemy for these voters—anyone who represented political moderation or the old Republican Party was also a threat. The idea of working with the establishment is repugnant to these voters for obvious reasons; the establishment is not entirely averse to compromise, and any compromise whatsoever is intolerable to people who are convinced that it can only come at their expense.

Unable to accept Obama or even someone like Mitt Romney as their representative, the new class of conservative voters demanded someone who actually represents their concerns, someone who isn’t a member of the “establishment,” someone willing to accept their vision of the world in terms of “us” versus “them.” Donald Trump, with his xenophobia, racism, and misogyny is perfect for the role; Trump is the incarnation of the fury that the GOP fanned and then lost control of. What critics of Trump don’t understand is that all of his would-be flaws comprise the entirety of his appeal; Trump supporters don’t want a complete, coherent policy platform or a respectable candidate. They want only a microphone for their gripes—the louder, the better. They want someone who is willing to shout from the rooftops what they’ve been muttering for years: that white America has been screwed over by everyone else, and it’s time for revenge. Immigrants? Get rid of them. Black protestors? Attack them at rallies. Familiar Republican politicians? Make childish taunts and bizarre threats. What few actual policies Trump has articulated are tailored precisely for this crowd: protectionist tariffs to shelter them from competition, anti-immigration policies to keep out people who they fear are gunning for their jobs, and high taxes on the rich to provide relief for the middle-class.

The fact that Trump’s campaign is outrageous and bad for America is irrelevant. Outrage is Trump’s barometer for success. And when he says he’s going to “make America great again,” the America he refers to is suspiciously white, old, undereducated, and furious. So is Obama to blame for Trump? In the sense that Obama looks like everything Trump supporters hate, yes. But Trump was made possible years before Obama became a household name, during the second Bush administration, when the economy tanked and Republican voters realized they were furious with their representatives. And Trump was made inevitable in 2008, not by Obama, but by his fiercest critics.