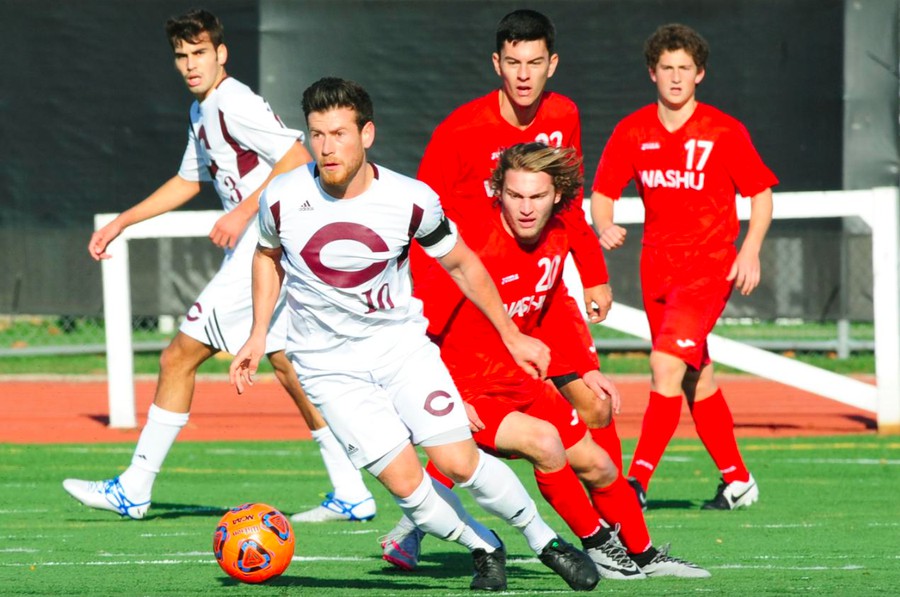 When the Maroons take to the field this coming fall, they will be missing a player that has been integral to the success of the squad for the past four years: Jorge Bilbao. This fourth-year left his mark on the team not only through his personal success, but also in the role he played in shaping the men’s soccer program into a force to be reckoned with on a national scale.

Reflecting on his dedication to the program and team, he said, “Not having anything to look forward to or prepare for has been tough. Putting on my Chicago jersey and playing soccer with my best friends is something I will miss greatly.” This realization has been a long time coming, and perhaps wasn’t something that crossed his mind as a first-year.

Entering his first year at Chicago, Bilbao immediately made himself known on the field, starting all 17 of the games that year and leading the team in scoring with nine goals and three assists. At a very minimum, he changed the outcome of two games, scoring the game-winning goal versus both Wabash and Brandeis in his collegiate debut.

This breakout performance led to two UAA recognitions: Rookie of the Year and Honorable Mention. Equally important, however, is the instant improvement the team made with Bilbao’s addition. The 2011 team ended at 9–7–2 and seventh place in the UAA, while the 2012 team had fewer wins but also fewer losses (8–4–5) and jumped up to sixth place in the UAA.

Bilbao, when asked about his advice for a first-year athlete, chose not to focus on strategies and ways to succeed in your specific sport, but emphasized seizing the moment and focusing on the bigger picture. “Time as a student-athlete at this school goes by really fast so you have to really take in every second of it and make the most of it,” he said. “Being surrounded by people that are so driven in their academics as well as athletics is not something you can experience at many other schools so I would definitely advise them to take advantage of it all.”

Although Bilbao was limited in his second-year to only 12 games, the team stayed steady, finishing at 9–6–2 and again taking sixth place in the UAA. However, the true breakthrough came during his third-year. As a third-year, he started 13 of the 17 games played and led the team to a 12–6–2 record and first place in the UAA. Again, Bilbao can be credited with the UAA Championship: he scored the lone goal in the finals win over rival Wash U.

The team also made it to the NCAA tournament, the first time it achieved this accomplishment since 2009. Bilbao also earned Second Team All-UAA and was named the UAA Offensive Player of the Week. The crowning achievement came during his fourth-year, though. In 2015, the team finished 12–5–3 and although it dropped to fourth in the UAA, it still made it to the second round of the NCAA tournament.

“Our last conference games and our two tournament games were easily our best games of the year, so ending our run playing good soccer was awesome,” he said. Although the fourth-year was honored with another Second Team All-UAA selection and a NSCAA Third Team All-Region award, he still focuses on the future of the squad. Emphasizing the potential the squad has he said, “We proved that throughout the entire season and hopefully next year the guys can make a farther run.”

Although much emphasis can be put on Bilbao’s impact on the soccer field, an equal amount of prominence can be given to his academics and future off the field. The midfielder achieved UAA All-Academic status every year that he was eligible and is also a member of the Dean’s List. “After graduation, I’m applying to medical school and hopefully doing some clinic work in Chicago.” However, it always returns to soccer for Bilbao who noted, “I am planning to stay in Chicago for my gap year, which would allow me to stay involved in the team. I’m not sure what my involvement would be, or if I would have time to really help out but I will definitely be watching as many games as I can.”

Even now, the fourth-year hasn’t quite come to terms with the fact that his time with the team has ended. “I loved being part of this team so much that when I go play indoor soccer with the younger guys, I completely forget that I’m not part of the team anymore,” he said.

It will be hard for Chicago to forget Bilbao as well. Though his time has come to hang up the cleats, the program will certainly miss his leadership for several years to come.