Criticism of Criticism: A Conversation with A.O. Scott 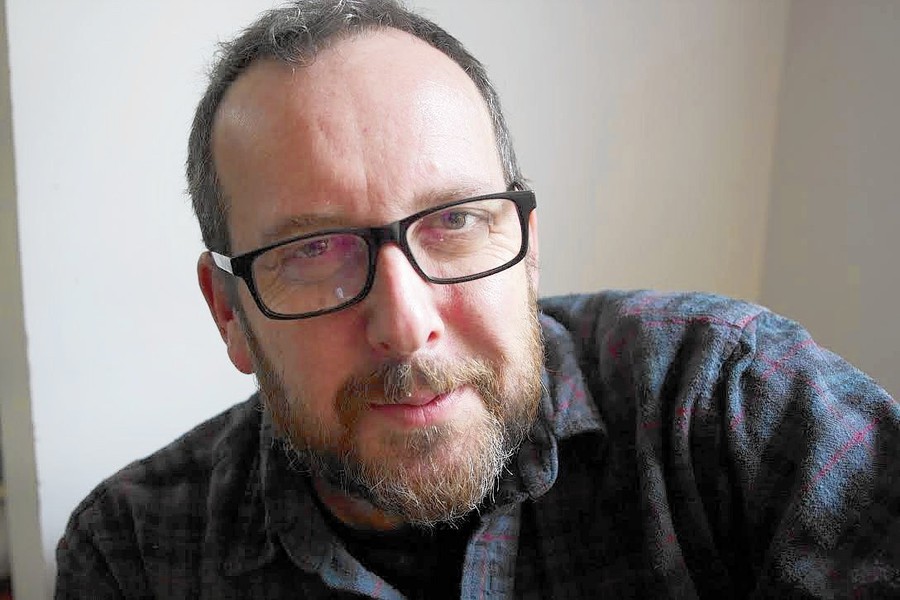 When the venerable New York Times film critic A.O. Scott released his subpar review of The Avengers in 2012, he was berated on Twitter for being a heartless critic, over-obsessed with intellectualizing the leisurely act of watching a movie.

On Saturday, when Scott walked into the Seminary Co-Op for a discussion on his new book, Better Living Through Criticism: How to Think About Art, Pleasure, Beauty, and Truth, the standing-room-only audience held its breath. The attendees waited to be greeted by an unforgiving presence reminiscent of the frightening food critic Anton Ego from Pixar’s Ratatouille—a character featured in the conclusion of Scott’s book.

“Where’s the teleprompter? I can’t talk to you without it!” Scott joked upon taking his seat. The audience laughed a sigh of relief. Unlike Ego, Scott’s presence was calm and genial. His beard was slightly unkempt, and his eyes emitted friendly warmth. With Michael Phillips, the film critic for The Chicago Tribune, Scott peppered his Sem Co-Op dialogue with jokes and humble self-deprecation—a far cry from Ego’s persona.

Although Scott admits that he greatly admires Ego’s love for food and perfection, Better Living Through Criticism seeks to dispel the notion that all critics are of the Pixar ilk. What began as a polemical text in the name of the integrity of criticism ultimately evolved into a manifesto-like praise for critical thinking as the writing progressed, Scott explained. He told the audience how his famous Twitter battle in 2012 planted the seed for a work that would uphold the integrity of the newspaper critic, but he ultimately found himself grappling with far more philosophical questions concerning taste and opinion.

This approach inspired one of the centerpieces of the book’s argument, which is that we are all, in fact, critics. We all engage with art forms, have opinions, and are ready to defend them. The newspaper critic takes their own love of art and uses it as a way to engage in critical thinking, in the hopes that readers form their own opinions.

Both Scott and Phillips, who used to chat in this manner on their (now off-air) television show, “At the Movies,” acknowledged that many people see newspaper criticism as a dying genre of journalism. In this age of “user-generated” content when print journalism is always the last on the scene, the newspaper critic is viewed as increasingly superfluous. However, both Scott and Phillips agreed that good criticism is starkly lacking in today’s age of over-zealous, under-informed bloggers and tweeters, though social media has allowed opinions on art to circulate much faster.

“Too much criticism is generalizations and bullshit,” Phillips said.

Yet Scott remains hopeful that consumers will come to realize the caveats of online reviews. If this new book is any indication, it seems that he has faith in consumers’ ability to think critically about art again. Scott jokingly called it “a foolishly optimistic book” after an audience member remarked on the book’s hopeful tone.

But for Scott, the hope nonetheless remains, and in the book he actually uses Ratatouille’s Ego to support this. In the film, the rat chef Remy and the critical Ego have a moment of intense understanding in the finale, in which Remy’s cooking transports Ego back to his happy childhood kitchen. Scott calls this a sort of “utopian dream…that the boundary between art and life—and therefore the uncomfortably aligned, sometimes antagonistic roles of creator, consumer, and critic—…dissolves.”

According to Scott, if we can learn to open our minds and engage critically, we will understand what it means for each of us to be a critic, dissolving the barrier between artist and viewer, critic and reader.

“We are capable of thinking against our own prejudices, of balancing skepticism with open-mindedness, of sharpening our dulled and glutted senses and battling the intellectual inertia that surrounds us,” Scott writes in his book. “We need to put our remarkable minds to use and to pay our own experience the honor of taking it seriously.”