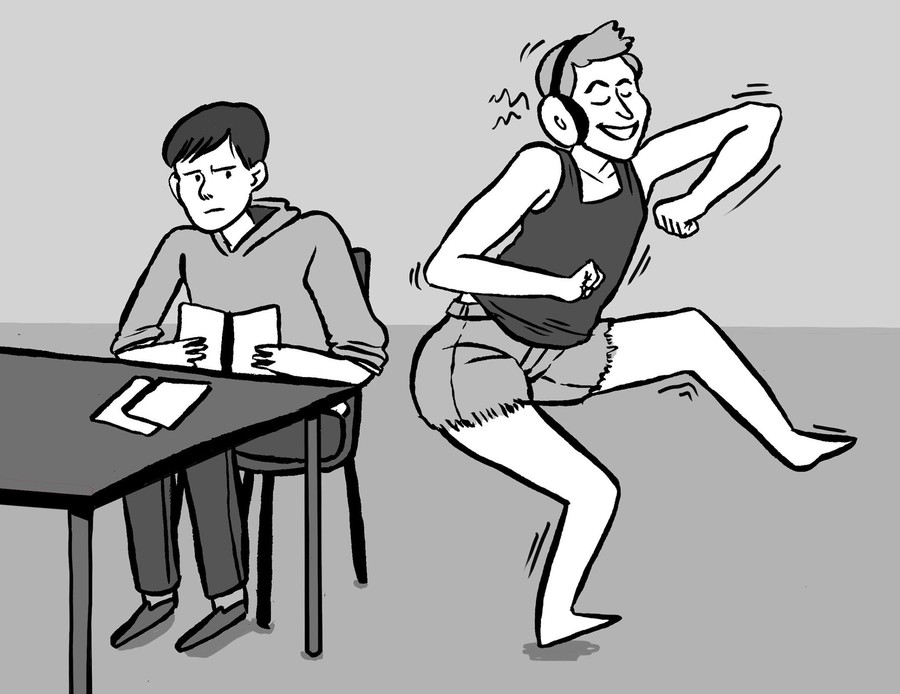 The subheading of “Marijuanarama” is “A Comedy Extrava-ganja,” which covers pretty much everything you need to know about the event. Hosted by the Eek! Theatre Company, which assures audiences that whatever it puts out will be “funny and fucked up,” the comedy spectacular features sketches, songs, and stand-up. Blaze it.

Saturday, April 23, Gorilla Tango (1919 North Milwaukee Avenue), 8 p.m. Tickets are $12 and can be found at http://www.chicagoplays.com/component/show/showdetails/1006.html.

Original plays written by UChicago students will continue to be featured as part of New Work Week until April 23. Grace McLeod’s Girls Drink For Free, Elisabeth Del Toro’s The Perfect Woman, and Cynthia Campos Costanzo’s The Exodus Summarized will be performed on Friday; Gwendolyn Wiegold’s Tower of Horn, Sophie Kennedy’s Untitled BA, and Joshua Sonny Harris’s 5 Dead Detectives will be performed on Saturday.

For its penultimate concert of the academic year, Barbara Schubert leads the UChicago Symphony Orchestra in Dvorák’s Symphony No. 7 as well as Ernest Bloch’s Schelomo: Rhapsodie Hébraïque. Second-year Andrew Molina, who won the 2016 UChicago Concerto Competition, is the featured soloist. A reception will follow.

The second event of the Seminary Co-Op’s 2016 Latinx Heritage Series, titled “Arte Popular: Narratives of Change,” features Jimmy Santiago as the Baca Keynote Lecturer. Santiago will discuss his most recent book, A Place to Stand, a memoir about his experiences before and after spending time in a maximum-security prison. He will also discuss the meaning of Latinx identity, the issues faced by Chicanx communities, and the power of narratives to shape the future. Illiterate until his incarceration at the age of 21, Santiago, winner of the prestigious International Prize in 2001 for A Place to Stand, is now considered one of the finest contemporary poets in America.

Didn’t make it to Ultra? Missed out on Mad Decent Block Party tickets for the fifth year in a row? Senior Arts Editor Ellen Rodnianski and fellow fourth-year Dani Wieder have your back—their Uncommon Fund-ed project Club Sueto is turning Mansueto into a rave near you. Club Sueto will be DJ’d by fourth-year Jonah Rabb, and is already sold out. Thanks Ellen, we love you!

Swing by the Chicago Swing Dance Society’s weekly Java Jive next Saturday, featuring Chicago-based jazz singer Nicole Kestler and her quintet. There will be an hour-long beginner East Coast swing lesson starting at 7:30 p.m., followed by open dancing to live music until 11 p.m. Free food from the Med will be served.