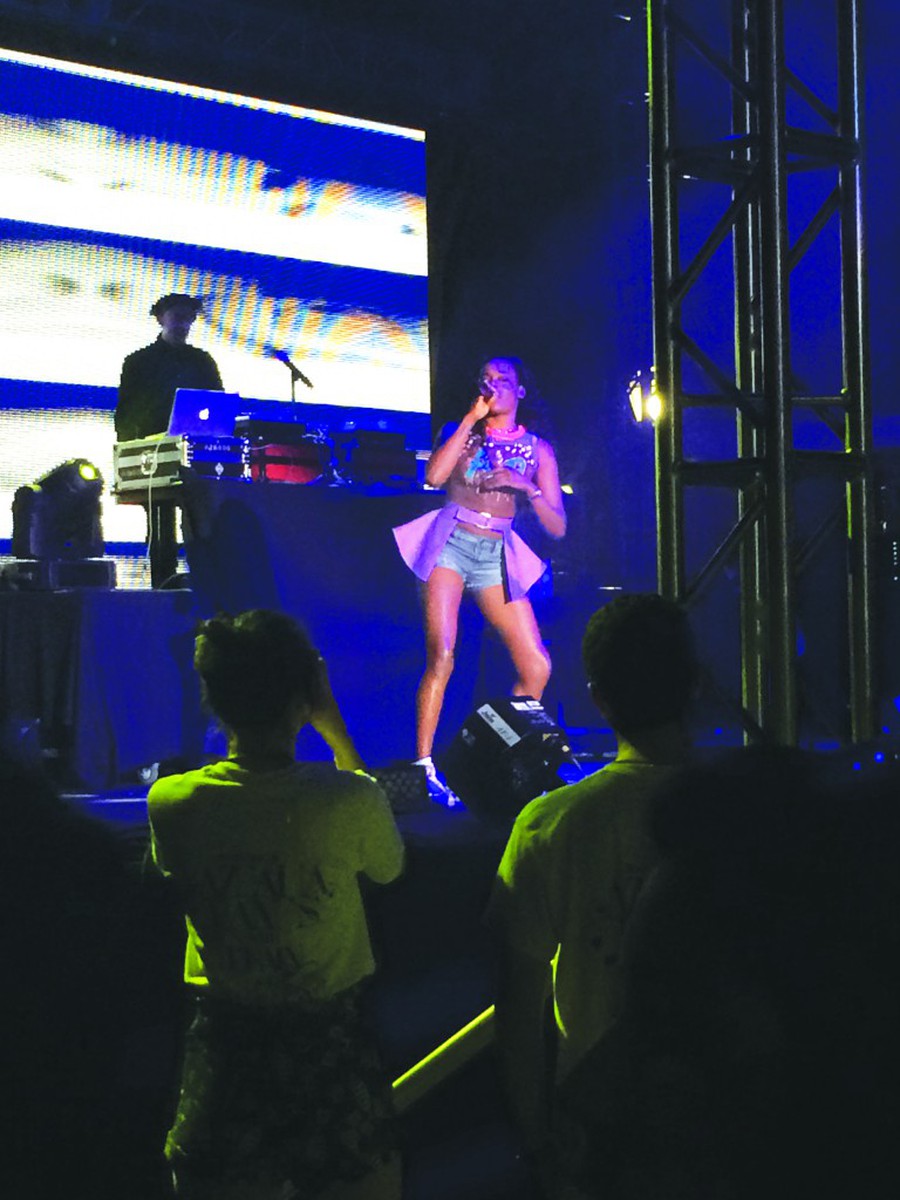 This evening, the Major Activities Board (MAB) announced on Facebook the lineup for its annual Summer Breeze concert. Jeremih, SOPHIE, and TOKiMONSTA will perform at the May 14 concert in Hutch Courtyard.

The announcement was originally scheduled for April 21 in Bartlett Quad, but was canceled due to inclement weather, according to a MAB Facebook post.

Jeremy Felton, known as Jeremih, is a singer and songwriter from the South Side of Chicago. His hit songs include “Birthday Sex” (2009), “Down on Me” (2010), and “Don’t Tell ’Em” (2014). He attended the University of Illinois before transferring to Columbia College Chicago.

Jeremih was supposed to headline 2014’s Summer Breeze concert before he dropped out due to scheduling conflicts. He was replaced by Vic Mensa.

Samuel Long is an electronic music producer from London who performs under the name SOPHIE. He established popularity with his singles “Bipp” and “Elle” (2013), and also released popular singles “Lemonade” and “Hard” in 2014. His productions typically include high-pitched female vocals and underground dance–style beats.

Jennifer Lee is a record producer and DJ from Los Angeles who goes by the stage name TOKiMONSTA. She produces in the genres of electronic, R&B, and dance, and her releases include EP Cosmic Intoxication (2009) and album Midnight Menu (2010).

Only current students will be able to purchase tickets, but students can purchase up to two tickets per UCID and non-UChicago students can attend if a ticket is purchased on their behalf.

Last year, when Azealia Banks, T-Pain, and Madeon performed, there were no online ticket sales, and students waited for hours in line to buy tickets at the Mandel Hall Box Office and in Cobb. The online Logan Box Office takes a 3 percent cut of revenue from their ticket sales, which was one reason why MAB hadn’t wanted to use it last year, then MAB Chair Natalya Samee told The Maroon Editorial Board last May. Tickets for MAB’s Fall Show were also sold in-person and online, while tickets for the Winter Comedy Show were only sold in-person.

In the case of a rainout, the event will move to Mandel Hall, but only holders of the first 800 tickets will be able to attend. The rest of the tickets will be refunded.

Doors will open at 5 p.m. and the show will start at 5:45 p.m. Doors will close at 8:30 p.m. and there will be no re-entry. The Chicago-based Half Acre Beer Company will sponsor a beer garden at the concert.

Last year, the Council on University Programming (COUP) hosted a “Carnival on the Quad” from 12–5 p.m. with free food, inflatables, a hypnotist, a dunk booth, a fraternity cook-off, and RSO performances. COUP has yet to announce whether it will host a similar event this year.