"She was a woman who wasn’t afraid to look like a woman..." 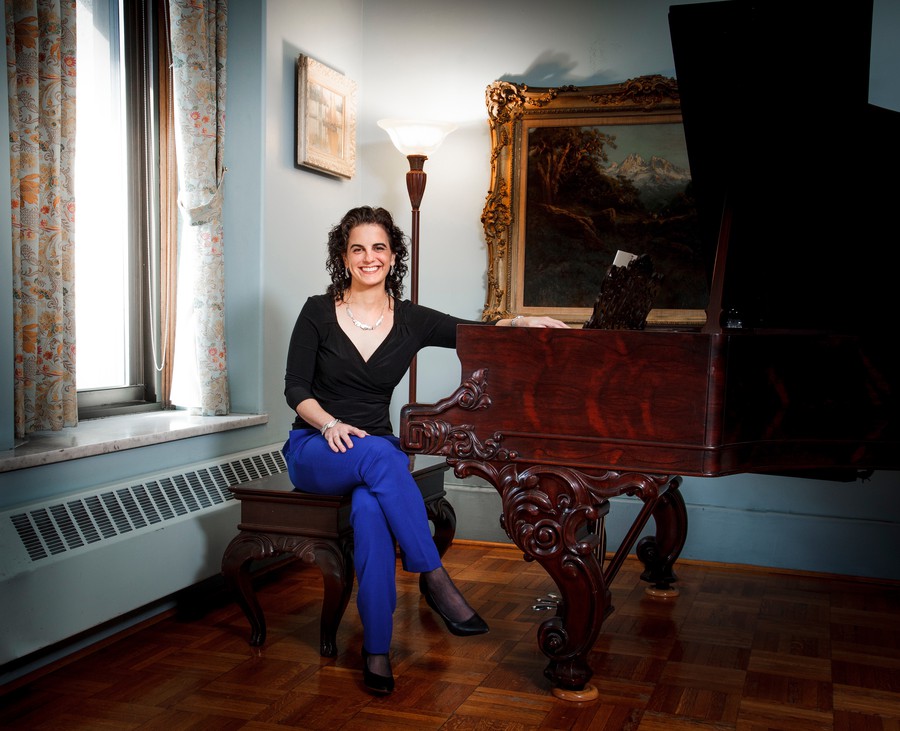 Stacy Garrop (A.M. ’95) knows a thing or two about overcoming odds: she transcended a non-musical background and male-dominated academic world to become one of Chicago’s most in-demand composers. Though Garrop is based in Chicago, her music has been commissioned by celebrated ensembles like the Minnesota Orchestra, Detroit Symphony, and San Francisco’s Chanticleer.

In an interview earlier this month, Garrop recalled her time at the University of Chicago and gave The Maroon a preview of her upcoming projects—but not before striking upon an unexpected coincidence.

Chicago Maroon: Reading your bio, I have to admit that I was pleased to see that you, too, are a San Francisco Bay Area native who relocated to the Midwest. I’m from Walnut Creek [northeast suburb of San Francisco].

Stacy Garrop: That’s where I grew up!

SG: Yeah, my elementary school days up through my junior high school days were spent in Walnut Creek.

CM: No way! That’s insane! How would you say, then, that Walnut Creek and the Bay Area nurtured you as a young composer?

SG: You know, I don’t really know if it did. I didn’t really discover composing until I was 15, when I was in an AP Music Theory class. At that point, I’d been in choirs ever since grade school and I was in marching band. One day, our teacher said, “Go home and write a piece of music,” and if he hadn’t [given us that assignment] I certainly wouldn’t have found composing—I’m pretty darn sure of that.

Suddenly, I just couldn’t stop composing, and within about six months, I found a Bay Area composer who taught at the Walden School for Young Composers, a five-week summer program in New Hampshire. He taught me during the [school] year, and I studied at the Walden School for two summers. Then I went to the University of Michigan, Ann Arbor for my bachelor’s [in composition].

SG: There was a number of us graduating [at once] at Michigan, and we had a teacher, Michael Daugherty, who got us each to apply to a different school that the others [weren’t applying to]. For me, that other school was the University of Chicago.

I was at the University of Michigan from 1988 to 1992, and at that point, all my composition and theory teachers had been male. [That] was an era when female composers and professors weren’t that common. I thought it would be important to study with a woman, so I actually auditioned at a couple schools with female faculty on purpose, just to see if I would have a different experience working with a woman. So I went to U of C to study with Shulamit Ran [Andrew MacLeish Distinguished Service Professor of Music, who retired in 2015].

SG: It was very intense, that’s for sure. I found it hard coming from a performance school like Michigan to a very theoretical school. The classes themselves were fantastic. I felt like I was learning so many new concepts; I explored ethnomusicology for the first time, and I really got excited about that. But I realized the tradeoff was that I wasn’t having any performances, and since I felt like I was coming to composing very late, I needed the practical application of working with musicians.

I figured out I needed to head back to a performance school, and that’s why I made the unusual move of taking my master’s and then leaving the program after my two years were up. But when I looked at doctoral programs, I looked for ones with ethnomusicology programs—that became my minor at the next school [Indiana University at Bloomington].

CM: What compromises did you make to work your way around the lack-of-performers dilemma?

SG: Back then, [music notation computer program] Finale had become stable enough that people could use it for playback. But it didn’t tell you anything about balance, or if people can even play what you’re writing. I tried to meet people from outside the school, but I didn’t have a car. That, in addition to my academic workload, made it very hard to reach outside of Hyde Park and meet more people in the music community.

And again, you have to put it in the era. In the 1990s in Chicago, there just weren’t that many new music groups anyway. Actually, the [class] that came in right after me said, “Hey, we need reading sessions at this school,” and that’s when groups like eighth blackbird and Pacifica Quartet started having residencies at the school. I was just in that era where they hadn’t matured the program to that point. If I’d waited just one more year, these possibilities would have started to come up!

CM: You mentioned studying with Shulamit Ran. What kind of teacher was she?

SG: At the time, she was both the composer-in-residence of the Chicago Symphony and Lyric Opera. I studied with Shulamit my first year, but ironically, she took a leave of absence my second year. Instead, they brought in Andrew Imbrie, a professor from University of California, Berkeley—also, ironically, a school I’d gotten into and considered attending. So I had a chance to study with him after all!

But Shulamit was a wonderful role model. She was a woman who wasn’t afraid to look like a woman—what I mean by that is that other female professors I met [while auditioning] would wear a drab suit, or not really any jewelry. But when [I met] Shulamit, her hair was humongous and curly, and she was wearing a red dress. It was like, “This woman is not afraid to show that she’s a woman!” That was very striking in that era.

CM: Now you’re teaching the next generation of composers [as an Associate Professor of Composition at the Chicago College of Performing Arts at Roosevelt University.] How have attitudes toward female composers changed, both inside and outside academia?

SG: Well, the difference within academia is that the old guard is retiring, so the attitudes that they had are also retiring. Some of the people I met at Michigan were simply not used to the idea of a female composer. I won a prize called the Elaine Lebenbom [Memorial] Award that was started in memory of the first woman to [study composition] at the University of Michigan. When I went out for the award, [I heard] stories about how she met a lot of pushback by people that said things like, “How dare you take this composition opportunity for a man who has to provide for his family?” Well, wait—this woman might want to provide for her family! That just wasn’t in the thinking. That kind of thinking has thankfully been leaving as that older generation retires.

Actually, it’s funny: My own program [at Roosevelt] is female [Garrop and Associate Professor and Department Head Kyong Mee Choi are the sole faculty members]. And at the University of Chicago, most of your faculty have been female for quite a while. You’ve got Shulamit, Marta Ptaszynska, Augusta Read Thomas….

So I think it’s been an interesting reversal. Sometimes I wonder if the male students at my school feel like they don’t have a role model! [Laughs]

CM: You have two world premieres coming up, both of which are nods to Helios, a piece you wrote for brass quintet in 2011 [Chariot of Helios, a wind ensemble arrangement of the work, premieres on April 28 and three additional movements of the piece will be premiered in October part of University of Chicago Professor of Composition Augusta Read Thomas’s Ear Taxi Festival]. Tell us a little about this piece and what brought you back to it, four years after its composition.

SG: Helios was originally commissioned by Gaudete Brass Quintet as a short, stand-alone piece. I was studying a lot of Greek mythology at the time, as I was in the middle of completing my Mythology Symphony, which was all based on female Greek characters. The members of Gaudete Brass Quintet liked the piece so much that they commissioned me to write three additional movements. So now the entire piece is called Legends of Olympus, and Aphrodite, Hermes, and Apollo will join Helios to complete the piece.

Chariot of Helios is my wind ensemble arrangement of the original; I’m differentiating the title to help avoid confusion when brass quintets and wind ensembles contact my publisher. I have been wanting to jump into the wind ensemble world for a while but haven’t had time to take on a completely new work. Arranging Helios has been a logical place for me to delve into this world. Eventually, I want to orchestrate all the new movements of Legends of Olympus as well, so that the piece will exist in both brass quintet and wind ensemble formats.

CM: A topic you’ve broached in previous interviews is film music. Is this something you’d be interested in trying? What other projects are you interested in that you haven’t tried yet?

SG: I think I’m at a point where I’d love the opportunity to do that. It’s awesome to have complete control over what you’re writing, but I understand the value of collaboration. For me, getting into opera and musical theatre would be great as well—they’d be interesting avenues to try.

The Chicago College of Performing Arts Wind Ensemble will give the world premiere of Chariot of Helios in Ganz Hall (430 South Michigan Avenue, Seventh Floor) this Thursday, April 28, at 7:30 p.m. Admission is free.