When Moreno’s deadline for self-deportation passed, University Church invited him to stay. 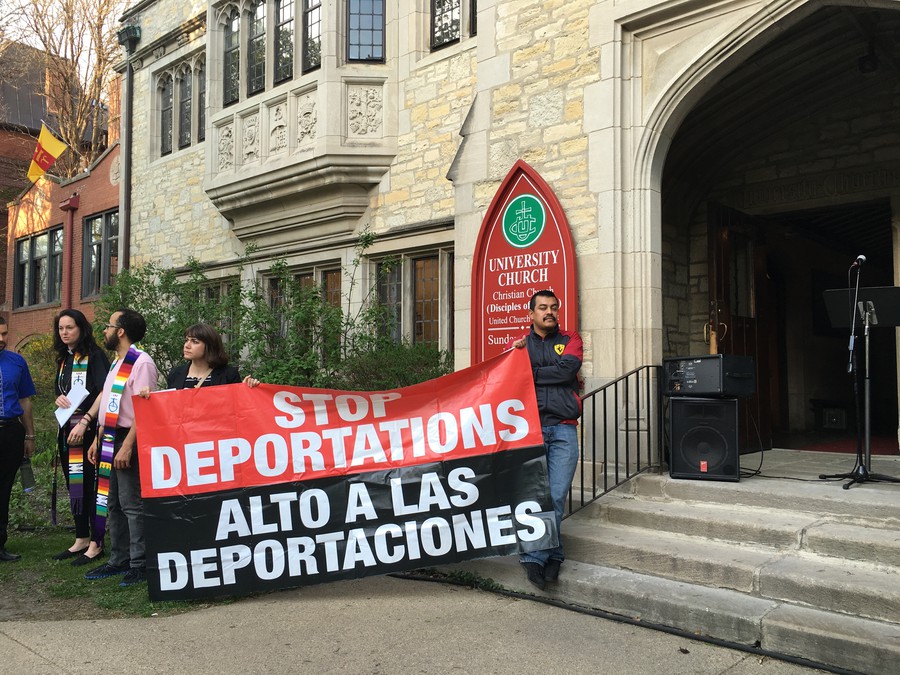 Last Monday, a Bolingbrook man took sanctuary in University Church on 57th Street in an attempt to avoid deportation by Immigration and Customs Enforcement (ICE).

Jose Juan Federico Moreno-Anguino had been ordered to leave the country after an aggravated DUI conviction prompted deportation proceedings in 2009, according to The Chicago Tribune. Since then, Moreno has been fighting the ruling in order to stay in the country with his wife and five children.

The Chicago Religious Leadership Network (CRLN) put University Church in contact with Moreno initially. As a member of CRLN, the Church has designated itself as an “immigrant-welcoming” congregation, meaning they would be willing to harbor people avoiding deportation. When Moreno’s deadline for self-deportation passed, University Church invited him to stay.

“We don’t see him as a felon, we see him as a child of God,” University Church Reverend Julian DeShazier said.

ICE policy states that officers may not arrest people in churches, schools, or hospitals unless there is an immediate threat to their safety or the safety of those around them, or ICE’s Washington office gives special permission. According to DeShazier, Moreno’s sanctuary is a tactic to force ICE to reconsider what his deportation would mean for his family.

“We’re hoping that ICE will exercise some humanity and not just make him another number on a sheet, but to really look at him as a person and to look at this situation as such an important situation not only for his family, but for the Latino community,” DeShazier said.

This is not the first time the church has offered a safe space to immigrants. According to DeShazier, they also housed families being deported to Guatemala during the Guatemalan Civil War in the mid ’80s.

University Church has been overwhelmed by mixed responses to Moreno’s situation, and both phone and e-mail lines have been compromised due to the strain. DeShazier said that, as a whole, the church community has been enthusiastic and welcoming.

On Monday evening, the Church held a vigil in support of Moreno and his family. Leaders from both CRLN and University Church attended along with a number of community activists. After a short ceremony of prayer and song, University Church leaders advertised a meeting at 7 p.m. this Wednesday at the Church for any local groups that want to get involved in the effort to help Moreno.

“We should try to do everything we can,” DeShazier said. “If we’ll do everything to keep our family together, how can we watch the government tear another family apart and do nothing?”