The Benefits of a Well-structured Vacation

With only one week between winter and spring quarters, a balance has to be struck between fun and recovery. 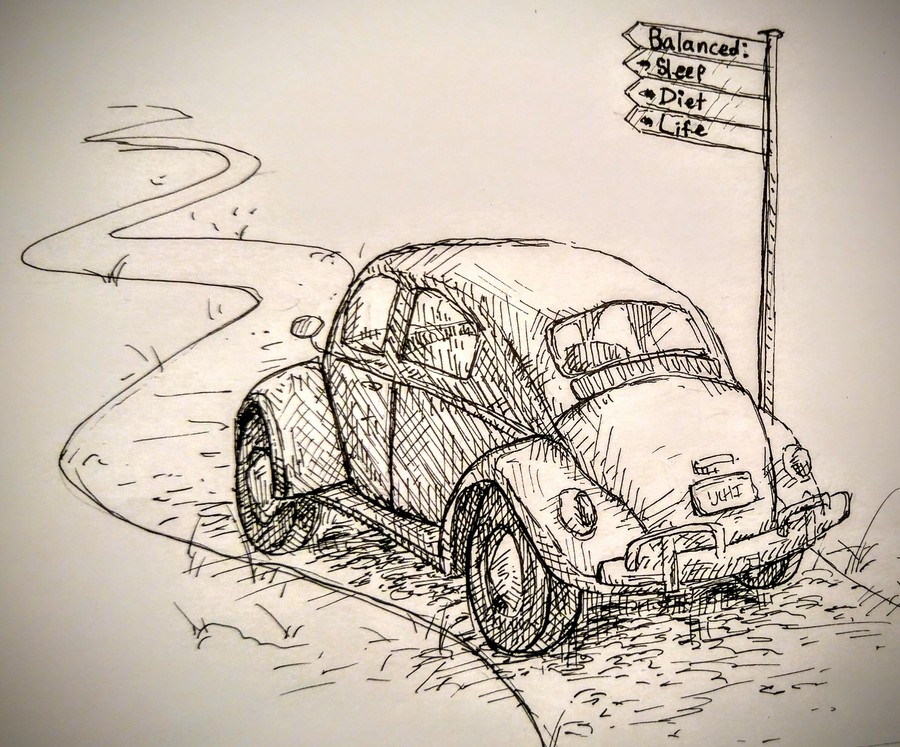 The Friday night before spring break, I couldn’t help but wriggle with excitement while packing for the first road trip I would ever go on with friends. The anticipation was what had sustained me through finals, the thought that no failed exam could keep me from the freedom of driving through the Appalachians. But as I folded shirts and selected which skirts would go with them, I could feel myself sporadically nodding off.

Leaning against my bedroom door to rest for a second, I realized that I would be back at UChicago in only a week. Spring break is, after all, our shortest time off between quarters. Even though I had been so excited before, I suddenly began to wonder if I would be able to truly recharge during the endless travel and sightseeing before returning to the grind, especially since I was already sleep- and nutrition-deprived from finals week.

But the regret over agreeing to this trip was fleeting. I mean, when does a college student ever prioritize rest over fun? I climbed into the car the next day happily resigned to both impending enjoyment and exhaustion. After some idiotic initial mishaps on the highway with toll booths and one rather disgruntled police officer, we were on our way east, with light streaming through the sunroof and throwback Jay Chou ballads reverberating through the car.

There were four of us on that trip. Two of them I’d known for years, but it was the other—a friend of a friend—who taught me some unexpectedly lasting lessons. On the first night, when we stopped at our Airbnb, she set the tone of how early we should go to sleep and wake up that week. I was thoroughly confused, having expected the same gleeful atmosphere of staying up during a childhood slumber party after your parents have given up trying to force all of you to be quiet. But no, we were all to rest for at least eight hours, waking up—as another trip member put it—at an “unreasonably early time.”

I’ve always been a pretty entrenched night owl, no matter how hard I try not to be. After a long day, I like to recharge alone for a long time, which often goes late into the night. Even when I don’t have work to do—like when I’m on break—I still stay up for no reason other than a fear of missing out on time to think, of letting go of the world until the next sun arrives. But throughout the week of spring break, I began to realize how much more rested I felt compared to not only during the quarter, but also to other breaks when I had an irregular sleep schedule.

In fact, my usual habit of sleeping late was what was truly causing me to miss out. To be fully awake when experiencing the mountains surrounding Pittsburgh, the cherry blossoms of D.C., and the forests and gardens of Cranbrook was something I wouldn’t have been able to do if it had not been for that friend’s discipline. There were no instances of any of us oversleeping and wasting a precious day of sightseeing opportunities, no exhaustion from sleep deprivation.

This friend was also a genius about indulging in moderation. As a quintessential foodie whose finger perpetually rested on the Yelp app of her phone, she was the one who directed us to the trendy places where we ate. It seems that for most people, we compartmentalize the way we eat food, for example, going all out at a burger place and then trying to eat something extremely healthy but bland later to make up for it. I was semi-terrified about how much unhealthy food I would consume on the trip, because of the “if I’m going to have fun, why not go all the way?” vacation-time mentality that people generally have.

But I ended up not doing so from watching my friend. She lived so consistently—she tried all the decadent foods on the trip, but also made sure to have tons of vegetable and water. I learned from her that it wasn’t necessary to always be in one extreme or another. In fact, instead of returning from break desperate for a detox, I felt recalibrated from finals—when I had blindly eaten bits of random food while working instead of consuming the surprisingly balanced meals I had on vacation.

Instead of returning to UChicago exhausted and unhealthy, I not only felt way better physically, but I also felt great having learned how I could live a more disciplined and moderate life after meeting one of the most responsible people I’d ever known. Throughout the trip, the four of us made fun of our sensible habits, deeming ourselves “nerdy grandparents” who talked about statistics and slept long hours. But I’m glad that this was no Spring Breakers vacation. I’d take my friend and her sound judgment over James Franco any day.

Sophia Chen is a second-year majoring in economics.