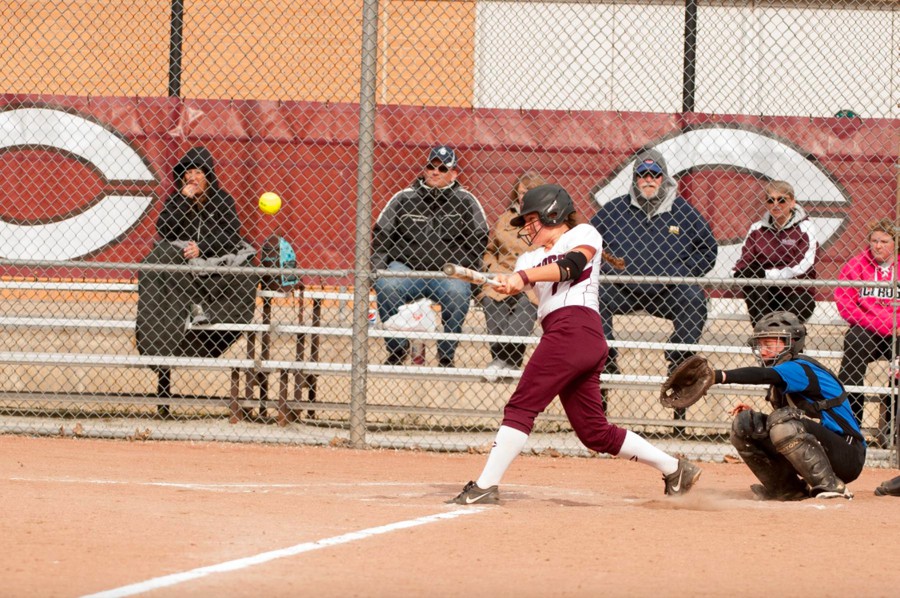 The nationally lauded No. 25 Maroons finished off their incredibly successful season this past Saturday. The team started out the NCAA postseason with a 7–1 loss to Wheaton College on Thursday morning, and fell to 25–9 on the season. This game served as the opening game of the four-team regional, held at Trine University. Making its 10th all-time appearance in the NCAA Division III Softball Championships, Chicago faced a well-known opponent in Wheaton.

The Thunder started off their scoring in the first inning. Following a leadoff single, their runner moved to third base within the next two outs. A subsequent walk and a couple of singles handed Wheaton a quick 2–0 lead. Wheaton managed to add more runs to its lead, scoring two runs in the fourth inning and three in the fifth to sprint ahead 7–0. UChicago put a run on the board in the bottom of the fifth inning, when fourth-year outfielder Devan Parkison reached first on a bunt single with two outs left. Parkison was brought back to home after a wild pitch flew over the catcher’s head. However, this late run wasn’t able to fuel a comeback as Chicago accumulated four hits but also committed two errors on the day.

In multiple games that came down to the moment, the Maroons came in clutch, allowing them to continue their run in the NCAA Regionals on Friday. The South Siders collected 12 hits and committed one error over the course of the game against Greenville. Fourth-year first baseman Kathleen Kohm, first-year outfielder Maeve Garvey and first-year second baseman Colleen Bennett each completed the game with two hits. Fourth-year pitcher Jordan Poole got the start and improved to a 9–5 record over five innings of work. She allowed only three runs on six hits, with one walk and five strikeouts.

Second-year pitcher Molly Moran took over in game two, and the Maroons used her stellar outing to defeat Wheaton College 1–0. The Maroons managed to score only once, but that proved to be enough for Moran and the rest of the team. Fourth-year Kristin Lopez accounted for the team’s one run as she hammered a solo home run into left field. She was also responsible for two of the team’s six hits over the duration of the game.

The squad rallied to make it to the NCAA Regional final on Saturday before closing off the season with a 15–3 loss to Trine University. Offensively, the Maroons had eight hits with Lopez leading the team with a three-hit performance. The No. 25–ranked Maroons ended the season with an impressive 27–10 record, the second-most wins in team history. As the busy weekend came to an end, UChicago had three players named to the All-Tournament Team: Moran, shortstop Lopez, and Poole.

Looking back, first-year Carly Schulz said, “This past weekend was dynamic to say the least. We had a rough start against Wheaton, but we did what we needed to do to rebound from that by coming through with two clutch wins against Greensville and Wheaton. Overall, we played every game like it could’ve been our last, from playing really hard to stay alive on Friday to having fun and cutting our losses against Trine for our final game.”

Now that the season has come to an end, Schulz said, “Being done with the season feels really strange. We haven’t had a legitimate offseason yet this year so life without softball will bring a lot of extra time that I’m definitely not used to.”

The squad will pick up again in the fall with their Fall Ball season, although they will be missing four key fourth-years.