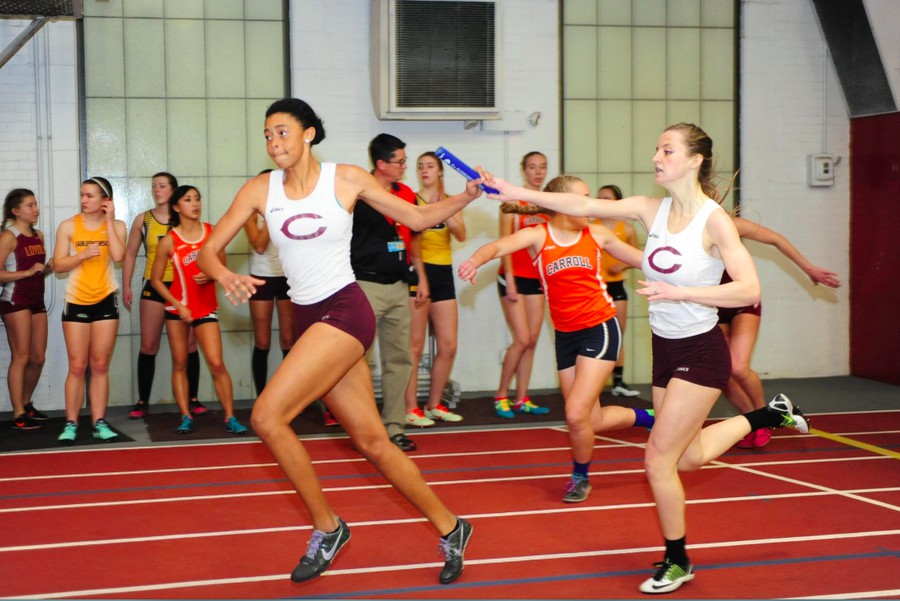 This week, the squad hopped on a bus to Naperville, IL, for the North Central College Gregory Invite, or the “Last Chance Meet.” The Maroons were looking to lower their times and raise marks to qualify for the NCAA DIII Outdoor Nationals that are taking place in one week. If the meet this past weekend at North Central is any indication, the team is certainly hitting its stride heading into the end of the season.

Although no team scores were posted for the meet this past weekend, many individuals shone, including six relays and single-man finishes that placed top six in the meet. The women’s track and field team accomplished four out of the six finishes that were snagged this weekend.

Highlighting the team’s top finishes, out in the field second-year Ade Ayoola held her own as she leapt high and placed fifth in high jump at a height of 1.60m. On the track, the women’s team showed up and showed out. First-year Nicole VacaGuzmán came in sixth in the 400-meter dash with a time of 57.67 seconds. Third-year Michelle Dobbs in an individual race got an 800-meter time of 2:11:24 that nabbed her third place.

Second-year Megan Verner-Crist came one second away from taking first place in the 1,500-meter run with a time of 4:34:80. And together on the 4x4 relay, VacaGuzmán and fellow first-year Emma Koether, along with Dobbs and fourth-year Mikaela Hammel, brought in a victory with a time of 3:53:54.

The other two top finishes came at the hands of the men’s side of the squad. Fourth-year Ryan Manzuk took fourth in the 400-meter hurdles, while fellow classmate Michael Bennett snuck into sixth in the pole vault.

At last year’s Gregory Invite, Ayoola finished second in high jump and fourth-year MVP Brianna Hickey finished second in the 1,500-meter as well. The men’s best finish came when the 4x100 relay squad of second-year Obinaya Wamuo, third-year Temisan Osowa, and fourth-years Jacob Romeo and Ben Clark took sixth. “This meet is a big deal for our team because we have a lot of fourth-years like Alisha Ho running in their last collegiate races,” third-year Minnie Horvath said.

On Wednesday, Ayoola improved on her second-place finish from last year to win the high jump by two inches. The second-year showed her dominance, as the fifth-place finisher was only able to come within half a foot.

Another top finisher on the day for the women included second-year Angel Fluet, who took 11th in the pole vault. Second-year Olivia Cattau was also able to claw her way to 11th place in the heptathlon. Fluet, Ayoola, and Cattau all lead the team in their respective events, and the fact that they are all second-years bodes well for the future of the squad.

Verner-Crist was able to take her revenge from last weekend, leading the pack and taking first in the 1,500-meter run on Wednesday. VacaGuzmán also broke into the top five in the 400-meter dash, while Dobbs also finished fifth in the 800-meter.

“Megan Verner-Crist had a fantastic race today and ran a great time, so we’re crossing our fingers that it will get her in,” Horvath said of her teammate. “There are people like Michelle Dobbs in the 800 as well as her and the other members of the 4x400 who are just looking for a final-tune up before nationals.”

On the men’s side, Wednesday saw a third- and a seventh-place finish from Bennett and second-year Nathan Downey in the pole vault, respectively. The next day, second-year Cristen Bublitz took sixth in the javelin, while first-year Thomas Rhines stole eighth in the long jump and seventh in the triple jump. As for the track events, second-year Jacob Amiri rushed to ninth in the 800-meter run and Manzuk finished ninth in the 400-meter hurdles. As with the women, that four of the six men who finished in the top ten of their respective events are underclassmen means that there are big things to come from the Maroons in the years to come.

As Horvath stated, this meet provided a valuable opportunity for several Maroons to both qualify for nationals and fine-tune their running. The Outdoor Championship begins Thursday in Waverly, IA.