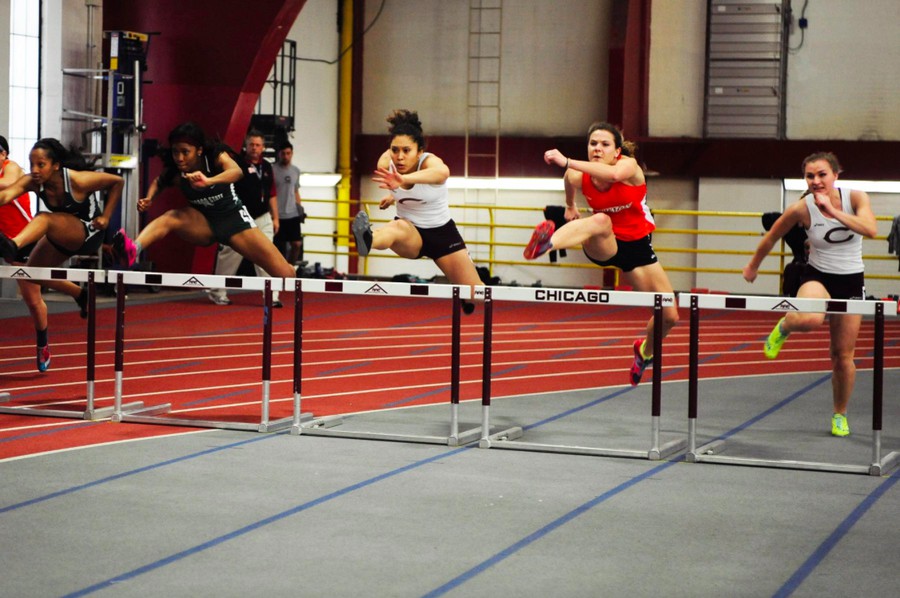 The Maroons’ grueling season with many highs and lows came to a close for many athletes this past week. In the final meet preceding the NCAA DIII National Championships, the Maroons posted even more top finishes as they competed at the two-day North Central College Gregory Invite on Wednesday, May 18, and Thursday, May 19.

The UChicago team was looking to improve times and up marks in order to qualify for the highly anticipated NCAA Outdoor Nationals that are approaching ever so quickly. With the team ending the invite on an immensely strong note, things are looking up for the talented Maroon team.

UChicago's women finished with two statement victories, with the first victory coming from second-year Ade Ayoola's impressive top high jump height of 1.65m. The second winner was second-year Megan Verner-Crist, who beat out the competition for the 1,500-meter with an astounding season-best time of 4:32.98. The Maroons also raced to the finish line with multiple fifth-place finishes as third-year Michelle Dobbs ran the 800-meter in 2:10.72 and first-year Nicole VacaGuzman finished the 400-meter in 57.35. Not far behind, second-year Vivian Barclay finished in seventh place in the long jump as well.

This meet also served as the final one for many fourth-years as they complete their collegiate track-and-field careers. Although an incredibly bittersweet invite, this meet served as a meaningful one to many athletes on the squad.

When looking back at this memorable season, fourth-year Alisha Ho claimed, “Overall, this has been an incredible season for both the men's and women's teams. We had a lot of people showing significant improvement and outstanding performances. I really can't point to only one person since there have been so many consistent and inspirational people.”

Rushing to track practice, Ho stated with enthusiasm, “The national qualifiers are incredible though.”

Up next, the women’s team looks forward to the ever so anticipated NCAA DIII Outdoor National Championships, which will take place in Waverly, Iowa from May 26 up until May 28. The Maroon women look to finish the season with a bang with hard work, extreme talent, and irreplaceable teamwork.