At night, the museum was lit up with string lights—a quiet tribute to the stories contained within it. 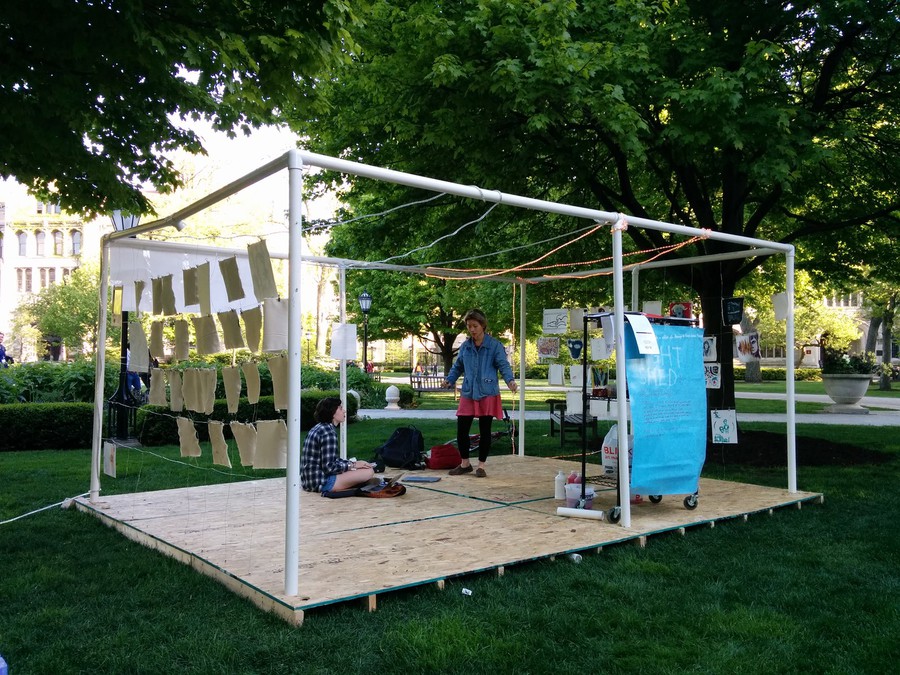 “The purpose was to provide an outlet for self-expression and a space of solidarity for people who have been affected by sexual assault,” said second-year Kelsey Schmitt, RSVP peer educator.

The installation featured an open-air shed. Wires connected to the supporting beams, each bearing multiple pieces of canvas—each canvas held one person’s story. Third-year Angela Lin, a member of Kitchen Sink, explained that attendees at Kitchen Sink’s weekly painting sessions had been painting self-portraits over the past three weeks. Some canvases contained simply words, some drawings, and others a combination of the two.

A representative manned the museum during the day to answer questions and ensure that the space remained safe, welcoming passersby to create their own expressions. At night, the museum was lit up with string lights—a quiet tribute to the stories contained within it. The collection had a haunting quality. 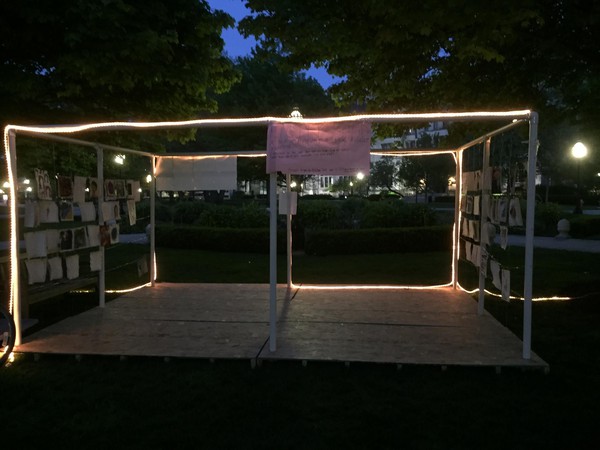 First-year Karley Rojas, who helped set up the structure, reflected on the museum: “[I] think that this project was a way to perfectly capture the dialogue and [create] a safe space, open to the public, where they can share their experiences with the world.”

As the days progressed, the installation slowly filled with more artwork. Kitchen Sink, which provides free art supplies to students at weekly painting sessions, also provided materials to Light Shed for anyone to use while visiting the exhibition. By the installation’s last day, the exhibition’s walls resembled a quilt of personal experiences.

“I had seen Kitchen Sink’s Pop-Up Museum with the theme of mental illness, and I thought a similar concept could be implemented for Sexual Assault Awareness Month,” Schmitt said. “During the planning, the idea expanded—more than I had anticipated—into a really beautiful museum.”

Continuing the theme of artistic expression on the topic of sexual violence, the Clothesline Project is showcasing its installation this week in Hutchinson Courtyard. The project is a similar exhibition of personal stories: not on small swaths of canvas, but on T-shirts.