Third-year Michelle Dobbs is wrapping up a historic year, highlighted by her first-place finish at the NCAA Indoor Championships in March to make her a national champion in the 800-meter run. Before the race, Dobbs had already earned six All-American honors, but the best race of her life not only broke her own school record, but finally earned her the national crown. Dobbs stood at the top of the podium as the ninth national title–holder in the history of Maroon track-and-field. From there, she went on to compete in the outdoor season, where she has continued to dominate. She will compete in the Outdoor NCAA Championships this weekend in the 800-meter, and as part of the 4x400-meter relay.

Female Rookie of the Year: Anna Girlich, Swim and Dive 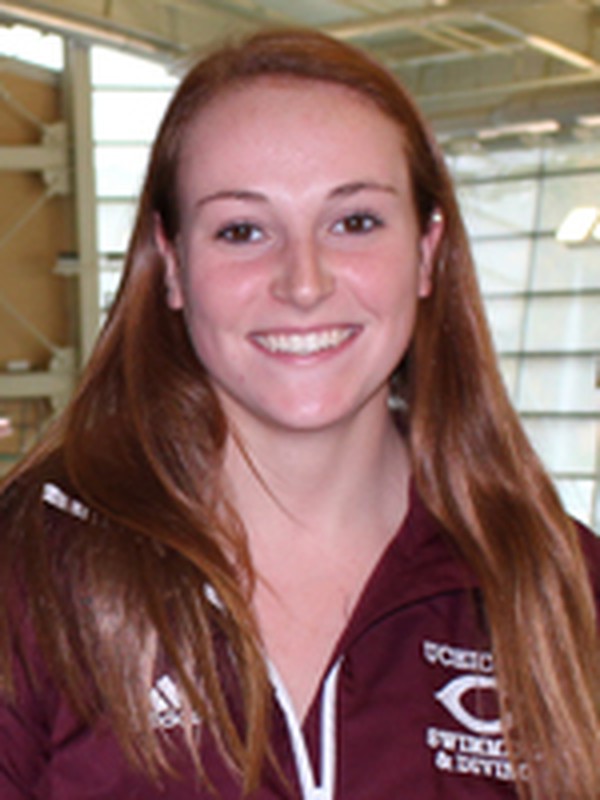 To be named UAA Diver of the Year is an incredible honor for anyone, let alone for a first-year. Anna Girlich certainly made waves in her collegiate debut, kicking things off with first-place performances in both the one-meter and the three-meter in a dual-meet against Wash U in early November. Her strong start earned her the honor of UAA Women’s Diver of the Week. She finished an incredible rookie campaign off at the top of the podium at the UAA Championships, and subsequently placed 13th at NCAA Regionals. It will be exciting to see what else is in store for Girlich over the next three years. 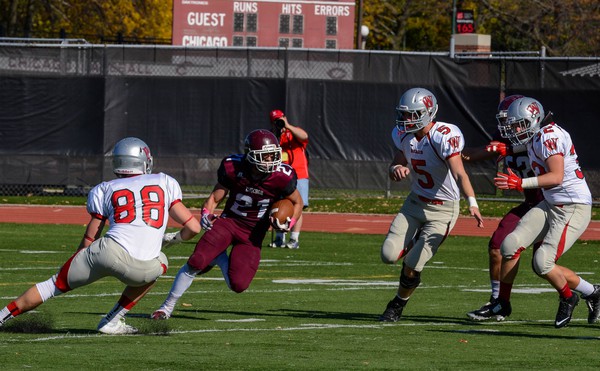 This one was an easy choice, as fourth-year cornerback Vinnie Beltrano finished up his collegiate career at the top of the record books in three separate categories: interceptions, passes defended, and punt returns. Serving as a captain in his final campaign, Beltrano led the Maroons to a 6–4 overall record, as well as the program’s first top-25 rank. His performance in his last year earned him first team All-American honors by D3football.com, in addition to 2015 Allstate AFCA Good Works Team status, awarding him a trip to the Sugar Bowl. Beltrano is also only the fifth Chicago football player to be named Academic All-American, and the first since 1993. Beltrano’s dedication on and off the field has made him one of the best student-athletes Chicago has seen, making him our Athlete of the Year. 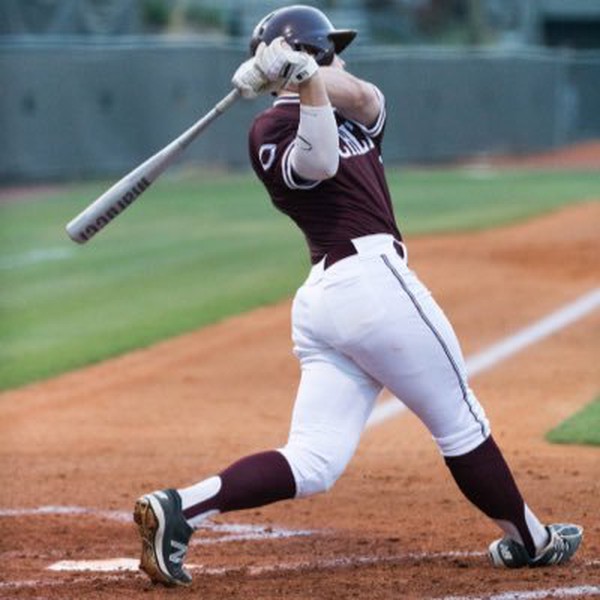 The first-year did not disappoint in his rookie campaign, becoming one of only two players from the baseball team to earn All-UAA honors, as Second Team All-UAA. The rookie out of Holt, MI started in 36 games and led the South Siders with a .351 batting average, 46 hits, and 12 stolen bases. With the support of a talented group of other first-years, it will certainly be interesting to see where Parks can lead the program in the future.

Coach of the Year: Mike Babst 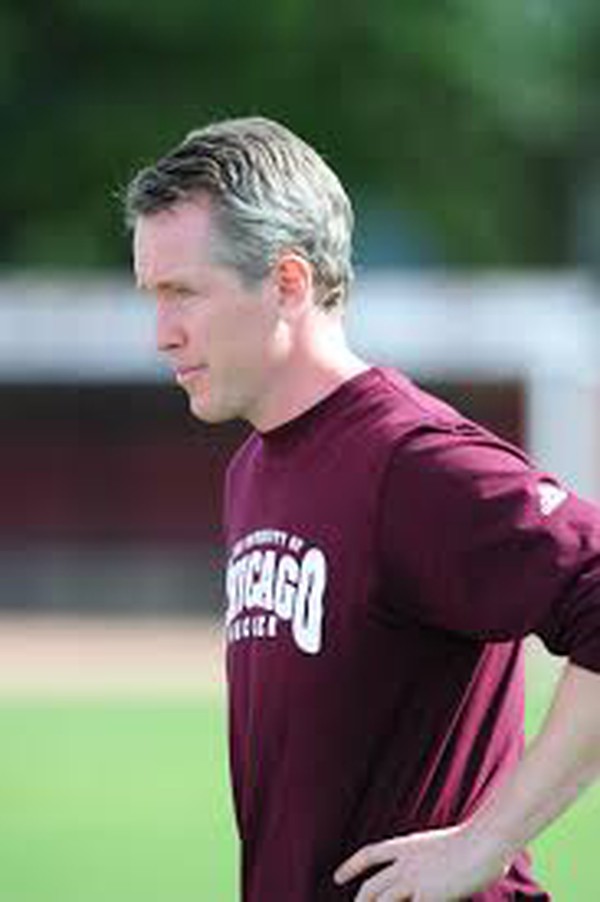 Coach Babst returned to Chicago after a stellar 2015, and the third-year men’s soccer coach managed to exceed expectations yet again. Babst steered his team to a 12–5–3 record along with a second consecutive postseason berth and second round appearance. His team played with composure and poise on both sides of the ball, outshooting and outscoring its opponents handily while receiving large contributions from both upperclassmen and first-years alike. With Babst coming back for a fourth year in 2016, the soccer team’s future looks to be as bright as ever.

Team of the Year: Men’s Tennis

Although a recent loss to Middlebury College brought its season to a disappointing conclusion, it is impossible to overlook the success that the men’s tennis squad experienced this year. At No. 8, the Maroons reached the Final Four of the NCAA DIII Tournament for the second straight year after defeating the defending national champions, Claremont-Mudd-Scripps in the quarterfinals. This was the second straight year that the South Siders qualified for the NCAA DIII Tournament, but only the fourth in the program’s history. This string of recent successes demonstrates the talent of this particular group; and with standouts Nicholas Chua, David Liu, Sven Kranz, Charlie Pei, Luke Tsai, and Max Hawkins all returning next year, the 2016–17 looks promising, to say the least.