Memoirs of a Viewpoints Columnist

A graduating columnist and editor reflects on her experience. 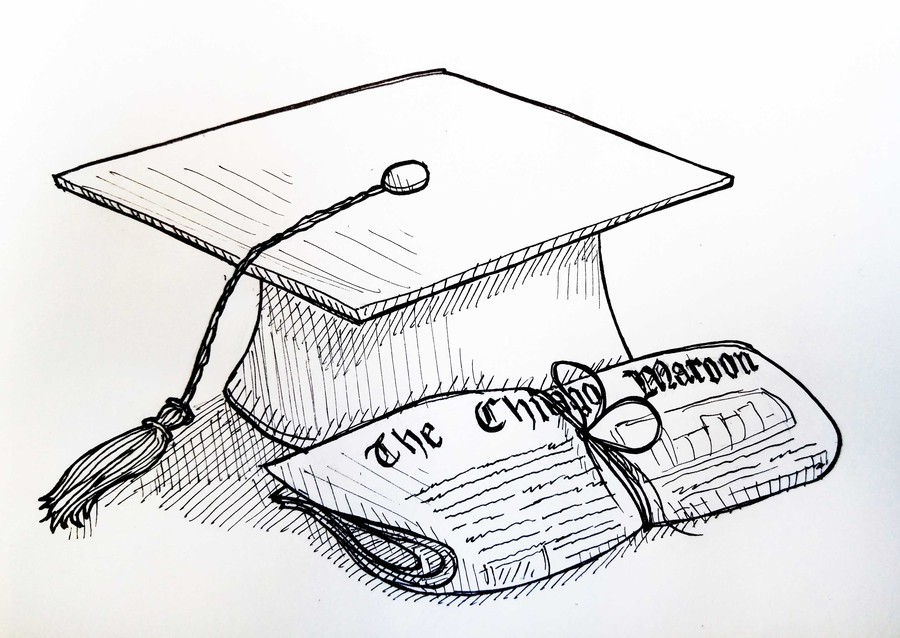 When I first came to college, I was not concerned about my extracurricular activities. I was not worried about building a résumé, or snagging leadership positions, or being in any way impressive. I was ready to be a really small fish in a really big pond, to swim comfortably along and just do my best to avoid being eaten.

As someone who genuinely panics when people sing “Happy Birthday” to me (what am I supposed to be doing? Is gently crying an option?), I should have stayed far, far away from The Maroon. Instead, I applied to be a Viewpoints columnist during my second year, and became a writer for the now-defunct Viewpoints blog. By the time I was a third-year, the blog was dead and I’d inadvertently graduated to writing in print. The blog was small-time stuff, and I never worried about anyone actually reading what I’d written. Naïvely, the same feeling of security followed me as I agreed to write for print editions of the paper. No one I knew read Viewpoints, so what was the risk? I just wanted to write, to be a part of something.

I had either not heard or not paid attention to any criticism The Maroon received prior to a day which, for me, will live in infamy: October 28, 2014. I had written an article—okay, fine, a listicle—for The Maroon and sent it over with a note: “You don’t have to print this.” It detailed some of the more unforgivable trespasses of guests at a party I had hosted in my apartment. Viewpoints was embroiled in a small controversy for having turned down a piece by an outspoken activist on campus, and I knew a listicle was perhaps not the hard-hitting editorial the student body was looking for. Still, I was supposed to turn something in, and while I am largely fueled by rage, it’s not always of the social justice variety. Sometimes I’m pissed because someone spilled (threw?) an unholy mixture of fruit punch and Svedka on my living room walls.

The reaction (mostly on Overheard) was not kind. It was personal; these people weren’t just mad at the paper or the editors for their decision, they were mad at me—laughing at me—and my audacity to write perhaps an only moderately funny list of party fouls. I was crushed (I’m easily crushed), but then again, maybe this reaction—or some fraction of it—was warranted.

Since this debacle, I’ve moved up to be a head editor of the Viewpoints section (through what can only be described as a need to prove to myself and the world that I can do better) and I’m firmly, staunchly, stubbornly opposed to running listicles in the section—though I have been swayed a couple of times (see: this issue). The lesson was reinforced earlier this year after yet another listicle led to yet another online fiasco—apologies to everyone who can no longer steal from Bartlett as effectively. Writing and editing for Viewpoints has proven to be dangerous.

When I sift through submissions and columns from writers, I question myself. I wonder. What is valuable to the Viewpoints section? What isn’t? Do we reject pieces with clumsy prose but luminous ideas? Do we stomp on anyone’s attempt to inject humor into an often dark campus culture? Do we let the unpopular-opinion holders speak out, or do we cherry-pick the most moderate ones, toeing the line and hoping to avoid another moment of humiliation?

I work hard. I work really hard on the Viewpoints section. I have something to prove. Viewpoints gets more criticism than any other section of the paper, and that’s fair. Opinions are not holy. They should be criticized. I publish things I would never agree with, but I don’t do it because the section is sparse or because my friend wrote it. When I look back on my time with Viewpoints, I will be proud—no matter what people have said—because I wrote what I felt, I published what I thought needed to be put out there, and I helped writers find their voices in a tangle of experience and emotion. There’s nothing like my phone buzzing on my nightstand, aglow with the notification that someone stayed up until 3 a.m. putting an opinion to words that couldn’t wait until the morning. Viewpoints is not perfect, and the opinions it holds are even less so, but we’re just college students. I’m thankful to have had the chance to be a very tiny part of the lives of people who are writing, discovering, and learning about themselves and everyone else.

And I still think my listicle was at least a little funny.

Kayleigh Voss is a fourth-year in the College majoring in English. She is a head editor of the Viewpoints section.