The Vice President of Civic Engagement for the Barack Obama Foundation discusses plans for the Presidential Library. 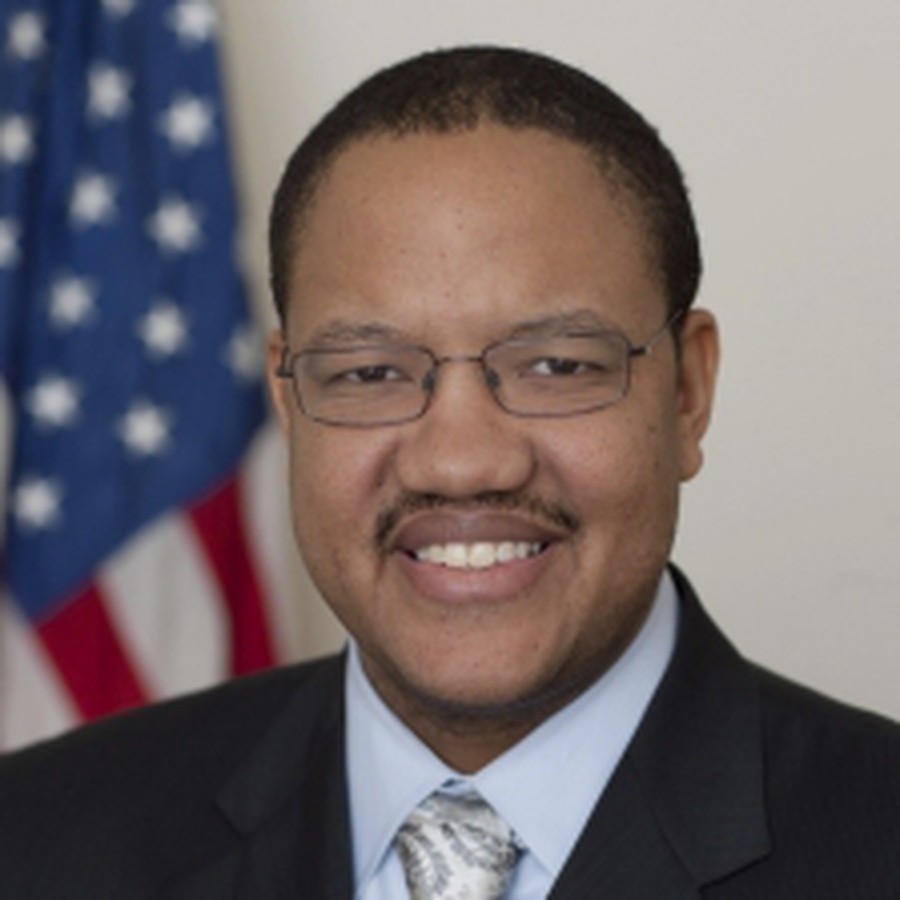 Courtesy of The White House

Last Sunday, the President and First Lady reviewed design proposals for the Obama Presidential Center, which the Obama Foundation decided to place in Chicago last year. The Center is set for completion by 2020 or 2021. The Foundation is now deciding whether to build it in Jackson Park (just east of the University) or Washington Park (just west of the University). Michael Strautmanis is a Chicago native and Vice President of Civic Engagement for the Barack Obama Foundation. He worked for President Obama when he was a Senator and served as an aide to the president during his first term.

Chicago Maroon (CM): What role do you see the library playing in its neighborhood specifically and on the South Side more generally?

Michael Strautmanis (MS): The Obama Foundation really isn’t just about building a presidential center. It’s about inspiring and empowering our community to come together and take on big challenges together. So we hope and expect in our planning to really hit the ground running in our community by listening to citizens, listening to our neighbors, learning about the challenges that they want to take on and finding ways that the President and his foundation will be able to inspire them to take on these challenges. We’re just getting started and our first few steps is to do what I’ve been a part of, doing with and for the Obamas for several decades through their early days in Chicago and then in the White House, and now back in Chicago again and that’s to listen through the community and share. That does several things; that helps people understand that this is going to be consistent with the President and First Lady’s lifelong approach to change and to working in communities. It will also have us really build authentic relationships, that’s always the first step to creating a bottom-up approach, so rather than come in and decide what needs to happen, we are going to listen and we’re going to try to make sure that as many voices as possible are around the table.

CM: Some have speculated that Washington Park is ahead of Jackson Park in the running for the library site. Can you confirm this? Do you have any thoughts on what the location should be?

MS: We’ve had people who have offered the foundation advice based upon different areas of expertise that we’ve had and we’ve talked to a lot of people and we’re going to continue to talk some more. We want University of Chicago students and faculty to collaborate and work with us on programming and other areas. The foundation does not have any comment on either site except that that they’re vibrant sites in vibrant neighborhoods and have played a big role in the work of the President and First Lady and will be integral to future of their work. We look forward to being here and whichever site is chosen, it’s going to be just as great as the choice to build this center in Chicago and to build it on the South Side. Another point that is important is that whether we’re in Jackson Park or Washington Park, the other side will only be a few miles away and we know that it will be impacted by the work of the foundation and the creation of a presidential center so we know that both neighborhoods and the communities, both on the South Side and throughout Chicago, will be a part of this work no matter where it’s located.

CM: What is the foundation’s official relationship with the University and, specifically, how does the University fit into its plans for the Presidential Center?

MS: The University of Chicago is a very important partner. They put together a fantastic bid, a successful bid. There are other critical partners both throughout the South Side of Chicago and throughout the city including other universities. We anticipate that there will be opportunities for students and faculty to work with us to collaborate so if there are students who have ideas about the kinds of things they’d like to see in and around the Presidential center, we encourage them to submit those so we are going to continue to partner with them and coordinate with the University of Chicago well into the future.

I would just want to be clear that the University is a partner; they’ve provided space for us and we’re working with and getting ideas from members of the faculty. They’ve been a really terrific partner and we’re really grateful for their support, but you know these are early days; we’re just getting started. We moved into our office here in Hyde Park just a few weeks ago so I think the relationship with the University and other partners will continue to evolve, to grow, to develop in the future, though I can’t say specifically how right now.

CM: Critics of the library say that it will bring gentrification to the neighborhood. Do you agree and, if so, do you think it is necessarily a negative effect?

MS: You know the President and the First Lady and so many members of their current team who have consulted them and worked with him in the past are of the South Side and come out of Hyde Park and the University of Chicago, and so much of what the President and the First Lady have accomplished really began just not far from where the Presidential Center is going to be located. So we embrace that past, and we look to build on it for the future and it creates for us a tremendous sense of excitement and opportunity. The other thing that we know is that the community that we are working in and our neighbors here on the South Side of Chicago have both a tremendous set of assets but also a daunting set of issues that have been a part of what the President and First Lady have been working on during their time in the White House. We expect to continue that work and we hope to not only continue that work through the Presidential Center itself but to also be a catalyst to bring others in government, outside of government, in the community, in the social impact center, around the table to make real progress on the issues that our community will tell us and has told us they want to focus on.

This center will be built very close to where the First Lady was born and grew up and so close to where the President began his public service. And I know that they are very interested in making sure that young Michelle Obamas and young Barack Obamas, who are just like they were with big dreams and big ambition and lots of talent, but not necessarily any connection to power or influence or big money, have a chance to interact with the Presidential Center and to have the center have an impact on their possibilities or their abilities in their communities. That’s what civic engagement is all about: The President has said that when he leaves office he’s gonna step into the most important office of our democracy—and that’s the office of citizen—so we believe this is going to be more than just a Presidential Center. Their intention is to inspire people to come together to solve problems, solve challenges, and how that happens is a process. That has to be a community driven, bottom-up process, so that is all to be determined in the future—the Presidential Center isn’t going to be opened at the earliest until 2021, so we’ll have time to work with the community to have a world class Presidential Center with an innovative forward looking foundation.

CM: Has the President himself given any specific input to the role he would like the foundation to play or the process of building the center?

MS: The President is very interested in the work of the foundation, as is the First Lady, so we have direction from him on our mission, and on the work ahead. He is full-time involved in the work of the presidency today; I think that’s obvious considering everything that he’s doing, so as he’s focused on that. It’s our role to do what I’ve always been a part of doing ever since I started working with them. You know, he wants us to be involved with the community, listening to the community, and he wants us to have an approach that prizes different voices and brings different voices into the conversation because that’s how you innovate, that’s how you come up with great ideas, and that’s how you make sure you have a community-based bottom up approach to the decisions that we’re making. So as he does his work in DC, it’s very important for us to do our work out in the streets, out in the community, in small meetings, in big meetings, and in one-on-one meetings, listening to folks about their ideas and what they would want to see both in the Presidential Center itself but also in the programming we’d be doing in the neighborhood.