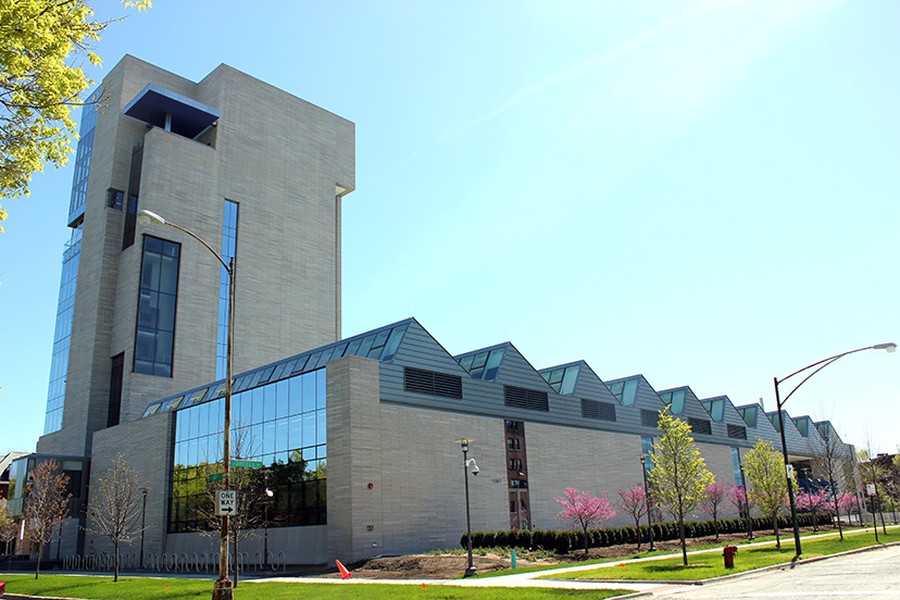 Courtesy of Achitecture Chicago Plus

The New York–based firm TWBTA designed the Reva and David Logan Center for the Arts. It also designed the Folk Art Museum in New York and the Asia Society Hong Kong Center in Hong Kong.

On May 12, 2015 the Barack Obama Foundation, which will build and operate the library, announced that it had selected the University of Chicago’s proposal to build the library in either Jackson Park or Washington Park. The final site was not announced this afternoon. A timeline of milestones on the Barack Obama Foundation’s website shows that the site selection was to be announced after the selection of an architect. The architect will help the Foundation select the site.

“We are deeply moved by the mission of the Obama Foundation and the role the Center can play in empowering that mission. It is a joy, an honor, and a responsibility to create a place that reflects the optimism and integrity of the President and the First Lady,” Tod Williams and Billie Tsien, the husband-and-wife team behind the architectural firm, said about the project in a statement posted to the Obama Foundation’s website.

IDEA has also worked on projects associated with the University, including a survey of the school’s architectural heritage.

In December, the Obama Foundation named seven architectural firms as finalists for the library bid. Tod Williams Billie Tsien Architects beat out Diller Scofidio + Renfro, SHoP Architects, Snøhetta, Adjaye Associate,  and the Renzo Piano Building Workshop, as well as John Ronan Architects, the only Chicago-based firm that made the cut.