Local 73 Union members will vote on a new contract tomorrow. If the contract is rejected, the strike will resume Wednesday. 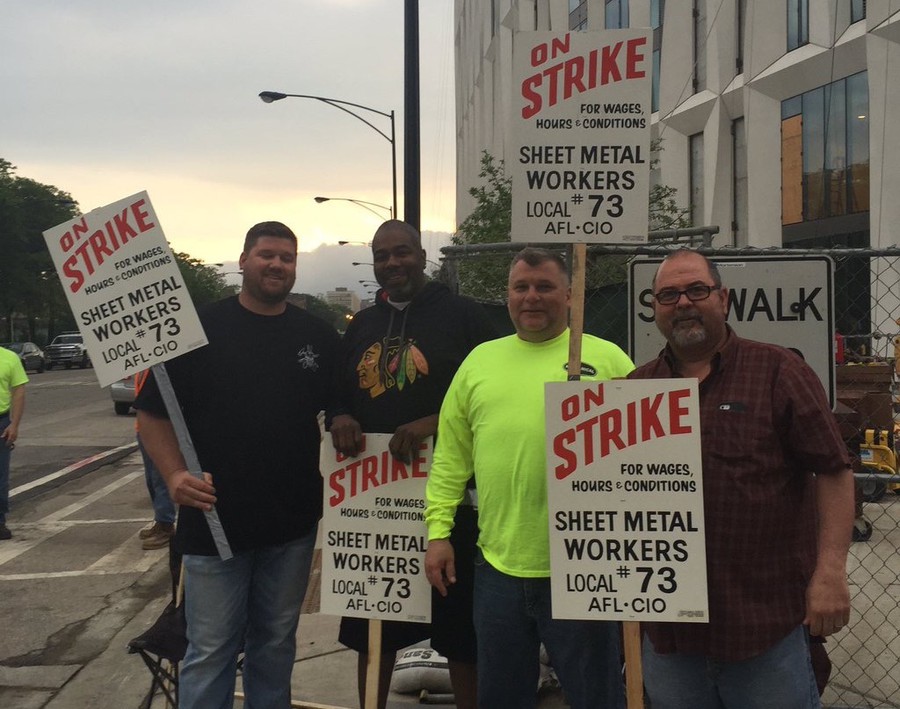 Sheet Metal Workers on strike in front of Campus North.

On May 31, Local 73 members voted down a contract offered by SMACNA. The next day, workers set up a picket outside the Campus North construction site.

The strike continued as Local 73 and SMACNA entered negotiations Friday. Negotiations resulted in a new contract, which union leadership endorsed. Union membership will vote on the contract tomorrow, and have suspended the strike in the meantime. If the contract is rejected, the strike will resume Wednesday.

According to University spokesperson Jeremy Manier, the impact of the strike on Campus North construction was mostly limited to one day and is not expected to delay the completion of the dorm.