The Jackson Park Advisory Council convened at Jackson Park Field House to discuss the plans for the construction of a golf course in southern Jackson Park and around the South Shore Cultural Center. 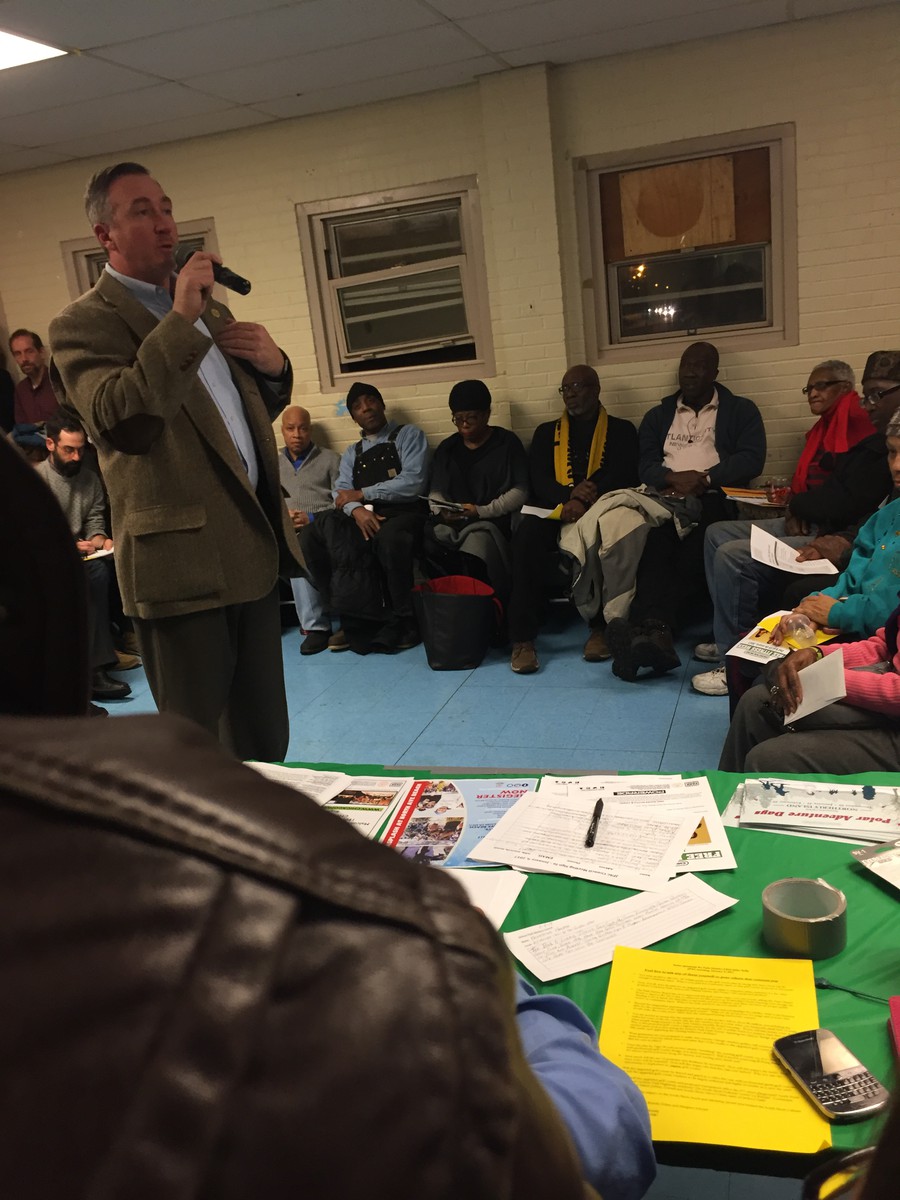 A visit from the chief of the Chicago Park District yesterday gave area residents a chance to respond to last month’s announcement that Tiger Woods’s course design company will create an elite golf course in Jackson Park and South Shore.

The Jackson Park Advisory Council convened at Jackson Park Field House to discuss the plans for the construction of a PGA-caliber golf course on land currently largely occupied by two smaller golf courses in southern Jackson Park and around the South Shore Cultural Center. At the meeting, Park District CEO Mike Kelly answered questions from community members concerned about the golf course’s potential impact on the area, which is already anticipating the arrival of the Obama presidential library.

In an e-mail exchange between Kelly and Mayor Rahm Emanuel, the Kelly expressed concern about public reaction to the project. “We must be very cautious, as this community typically weighs in loudly on any capital project that makes change.”

Many at the meeting expressed apprehension about the new golf course’s potential to gentrify Jackson Park and South Shore. The land set to be occupied by the course is currently the site of a gymnasium, fitness center, and multi-purpose facilities with after-school programs and youth activities. The installation of a championship-level golf course, which is anticipated to draw players to the area and possibly host a PGA Tour event, may make the park less accessible to community residents.

“I am just concerned about the community involvement, whether the community will have a say-so. I just want to be sure that we have a voice, that our concerns and cultural needs are met,” community member Natasha Dunn said.

Dunn voiced the concerns of many residents of the Jackson Park area, who made clear at the meeting that retaining the park’s cultural significance is of paramount importance. Jackson Park served as one of the sights of the 1893 World’s Fair and was laid out by famed landscape architect Frederick Law Olmsted, who is best known for designing New York City’s Central Park.

Residents at the meeting also articulated misgivings about how the new golf course may affect the community’s youth. While proponents of the course, including Kelly, claim that the golf course will educate children about golf and create job opportunities, opponents claim that the money going toward the course would be better spent on a sports complex that could include platforms for several different sports and would be more accessible to children from low-income families.

One of the people voicing this concern was Ernest Radcliffe, a football coach who started Southside Wolfpack Football, an independent football team for children without access to other football programs.

“Are they really going to allow the community, the young people, the older people, to use the facility without being overcharged?” Radcliffe asked. “It is a beautiful idea…but the main question is, when they tear those fields up, where will they replace those fields? We would like to have a multi-complex that can house everyone.”

People at the meeting also voiced concerns about potentially rising fees and costs for using the golf course. Kelly insisted that fees for local residents would stay at or below $50, while fees for non-residents would be substantially more.

One of the attendees expressed skepticism about the ability of the new golf course to make a positive impact on the low-income neighborhood surrounding Jackson Park, which, she said, does not even have a “viable grocery store.”

The golf course is expected to cost over $30 million, six million of which will come from taxpayers. The hefty price tag has prompted community leaders to ask why the money is not being put toward other projects.

“Why is this proposed golf course a higher priority for the use of public funds for Jackson Park than urgently needed items such as renovating the Jackson Park Field House, repairing the Darrow Bridge and the foot and bike paths, and upgrading the existing bathroom facilities?” asked Jackson Park Watch coordinator Brenda Nelms.