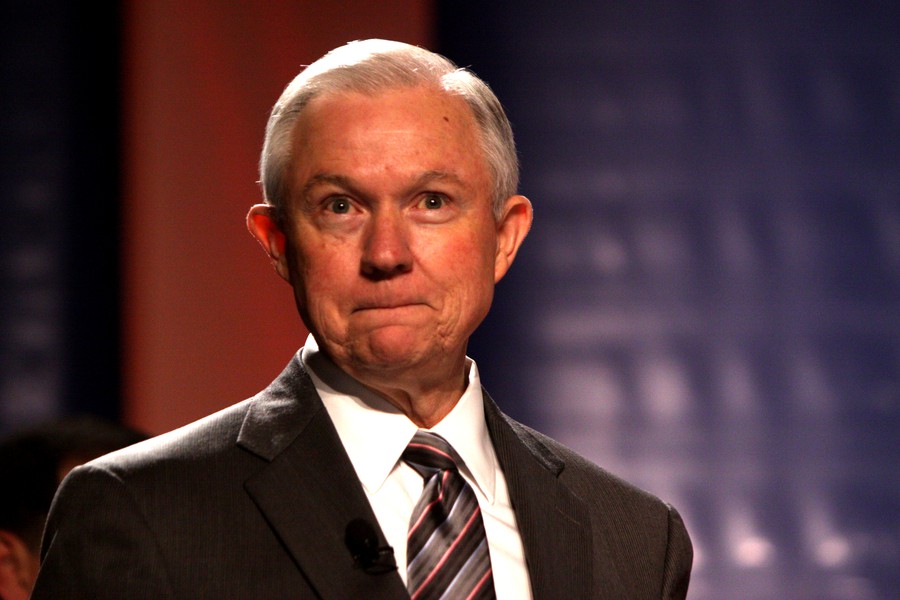 Sessions speaking at the Values Voter Summit in Washington, DC.

A total of 1,424 law school professors from universities in 49 states (Alaska does not have a law school) have signed the letter.

The statement begins by referencing Sessions’s nomination to a federal judgeship in 1986, which was rejected on the basis of perceived prejudice against African Americans, including his prosecution of black civil rights activists for voter fraud in 1985, and goes on to list numerous concerns about his suitability to head the Justice Department.

University of Chicago Law School Professor Alison Siegler was one of the seven professors who organized the letter. She pointed to Sessions’s support of longer sentences for immigration and nonviolent drug offenses as principal concerns.

“The kinds of policies he promotes are going to take this country’s criminal justice system in the wrong direction. They’re going to increase mass incarceration and impose high economic costs and brutal human costs. This is somebody who has called himself a lieutenant in the drug war. And many people agree, from both sides of the aisle, that that has been a massive and very expensive failure…this is going to reverse a lot of reform” Siegler said.

UChicago law professor and constitutional scholar Aziz Huq cited voting rights as a primary objection to Sessions’s nomination. He said the Justice Department’s responsibility is “to mitigate the still considerable barriers that racial minorities and the poor have to voting.”

“I am deeply concerned that an attorney general who is personally antipathetic to the legitimate interests and constitutional rights of all citizens to participate in our democracy will deploy the Voting Rights Act and related statutes in ways that throw up impediments rather than on-ramps to robust democratic participation,” Huq told The Maroon.

Siegler stressed that a Republican-led Congress rejected Sessions’s appointment to a federal judgeship, and said that Sessions’s record on civil rights issues should alarm legislators on both sides of the political aisle.

Despite emphasizing the possibility for bipartisan agreement on the senator’s problematic history, Siegler is unsure whether the letter will succeed at preventing Sessions’s confirmation.

“We knew that this would be a really hard battle to win, given the way that the wind’s blowing, but we still felt that it was an important statement to make,” Siegler said.

Siegler also helped raise funds to take out full-page advertisements in local newspapers in states including Maine and South Carolina in the hopes of swaying senators who will be voting on Sessions’s nomination this week.

Sessions’s office did not respond to a request for comment.