Maroons Gear Up for Phoenix Invitational 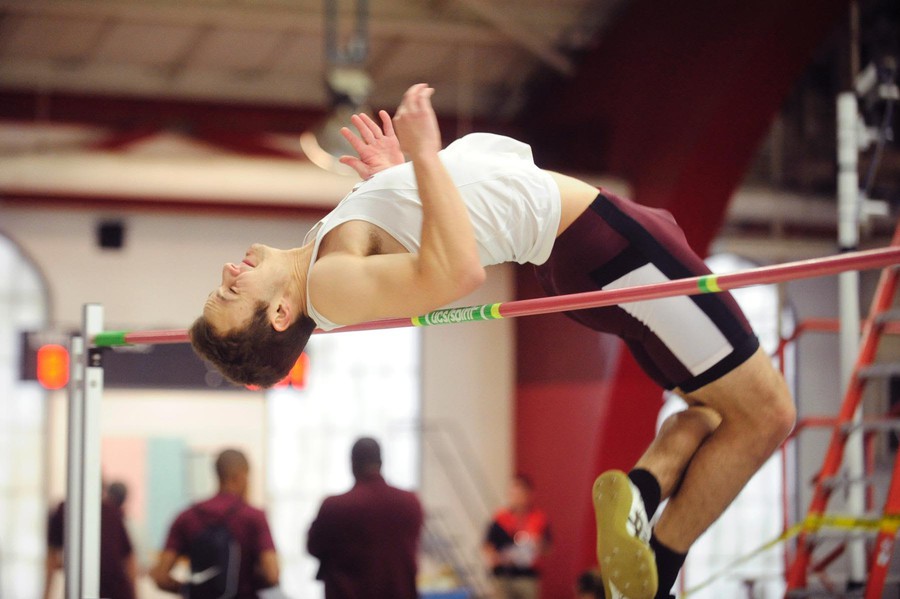 Third-year Will Ackerman vaults over the bar.

The University of Chicago Men’s and Women’s Indoor Track teams kick off their seasons this weekend in the Phoenix Invitational, a track meet hosted by UChicago at the Henry Crown Field House. The meet starts Saturday at 11:30 a.m. for both teams.

A year ago at the Phoenix Invitational, the Maroons racked up an eye-popping 20 victories between the men (9) and women (11). They are hoping to repeat their impressive performance this year.

Fourth-year thrower Andrew Maneval commented on the importance of setting the tone for the season with this first meet. “The team wants to set ourselves up for success in the rest of the season by shaking off the rust and competing with good technique in this meet,” Maneval said. “It's a long season, so we have to try to stay calm in the opener despite being anxious to compete.”

Amongst other things, it is also important for the first-years to get acclimated to the collegiate level of play, but expectations are still high, even in their first-ever meet.

“The first meet will be a great chance to showcase our new freshmen,” said second-year sprinter Emma Koether, who was an All-American in the indoor distance medley relay last season. “We’ve brought in a lot of talent this year, so it’ll be exciting to see them race. I think this meet will be a comfortable one for both men’s and women’s teams—we have a lot of talent across event groups, more so than the other teams coming to compete this Saturday.”

Koether, who was part of the 4x400 indoor meter relay team that broke the University of Chicago record with a time of 3:53.97 last season, is the only returning member of that team.

“Our women 4x400 will definitely be different this year,” Koether said. “We lost three of the four runners—I’m the only one left—so the rest of the team is in the running to fill those spots. Senior Eleanor Kang, who was an alternate 4x400 girl, and I are excited to see what everyone runs this weekend. A lot of women have the ability, so it’ll be interesting to watch and see how the times play out in the beginning stages of the season as we prepare for the postseason and nationals.”

When asked what the season goals were for the team, Maneval did not mince his words, saying, “The season goal would be to win a UAA title on the men's and women's side.”

Maneval was All-UAA in the indoor weight throw last year and has thrown the fourth longest indoor shot put and sixth longest indoor weight throw in school history. The three-sport athlete, who was named UAA Outdoor Men’s Most Outstanding Field Performer and First Team All-SAA, Second Team All-UAA in football, has high expectations for himself: “As for my own goals this year, I have had a lot of success competing at the conference level, so this year, I want to improve my personal bests and try to take my success to the next level by qualifying for the NCAA meet.”