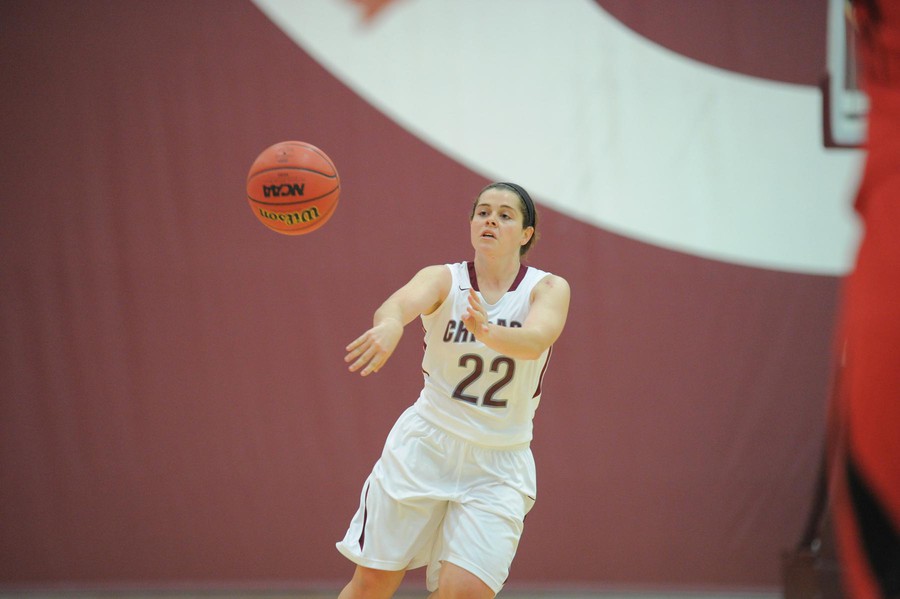 The Maroons get a chance to step away from the cold weather this weekend, as they head to Rochester, NY, and Atlanta, GA, to take on two UAA opponents. The squad is coming off a solid win against No. 5 Wash U, but the level of competition is not going to decrease much this weekend.

Kicking off the first away UAA weekend of the year, the South Siders are facing off against No. 22 Rochester. The Yellowjackets are also cruising into this game; they defeated their travel partner, Emory, this past weekend by 11. Furthermore, the Rochester squad is on a four-game win streak where no team has gotten within 10 points.

“Rochester is a really solid team,” fourth-year Stephanie Anderson said. “It is especially difficult to go on the road during one of these weekends when we haven’t played them yet. In the second round, it’s usually easier to figure out what the team is going to do, but for now we are just relying on our principles to carry us through.”

The Yellowjackets will be relying primarily on the third-year duo of Alexandra Leslie and Lauren Deming, who are averaging more than 35 points and 18 rebounds per contest, which is almost half of the 75 points per game that Rochester averages. However, the dynamic pair of post players for the Maroons will have something to say about those averages. First-year Taylor Lake, who scored a career-high 23 points against Wash U, and second-year Ola Obi, who was the UAA Rookie of the Year last year, are going to be charged with these important defensive assignments.

“We have been working on our defense a lot this week in practice,” Anderson said. “We’re definitely not going to change our scheme just for two players, especially since the defense has shown to be very effective this year.” She is spot-on; the Maroons have only allowed an average of 60 points per contest.

The squad faces a different sort of test on Sunday, when they head to Atlanta to take on the Eagles of Emory. Not only will the weather be significantly warmer, but the shooting should also heat up as well. The Eagles are averaging almost 40 percent from three-point range and 44 percent from field goal range.

After playing these teams for four years, Anderson has a feel for what each squad will bring to the table. “Emory is really scrappy,” she said. “They will always be in games because they work incredibly hard and always want to win. We just have to be tougher and really fight if we want to get a win on the road against them.”

Also important is the fact that Emory plays Wash U on Friday, and if history is any indication, Wash U is the favorite. Since the Eagles fell to Rochester this past Saturday, they have extra motivation to get a win against the Maroons on Sunday.

The squad first heads north to Rochester to play the Yellowjackets and will then switch with Wash U and take on Emory on Sunday. Friday tip-off is set for 6 p.m. Eastern Time, and the Sunday game will begin at 2 p.m. Eastern.