All the World’s a Stage

Should actors be allowed to talk politics? 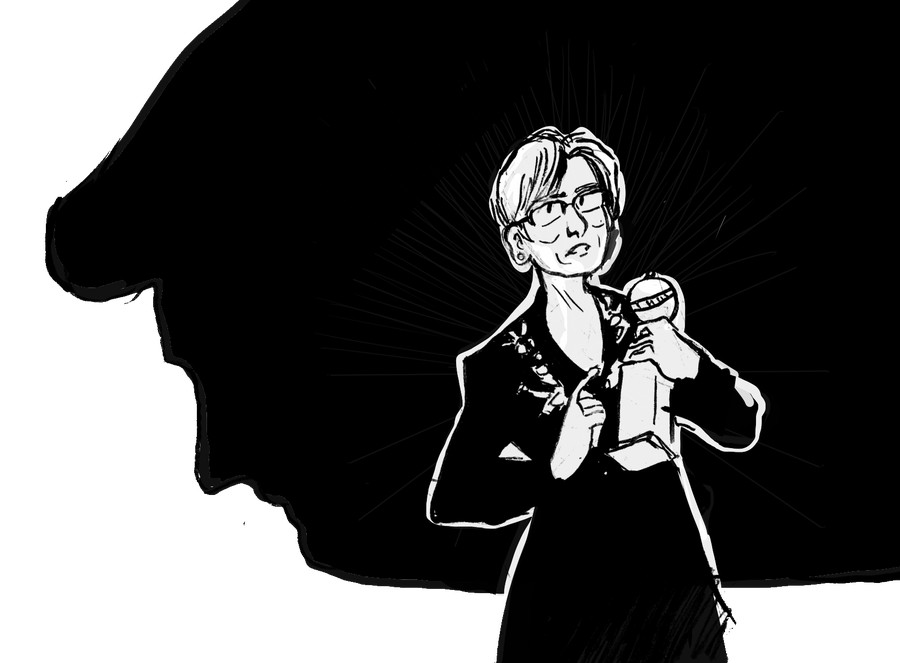 The line between politics and pop culture has become increasingly blurred throughout the 2016 election, with not only politicians using social media and internet platforms to spread a message, but also celebrities, who use their platform of fame to advocate for particular policies or politicians. In particular, Meryl Streep’s stunning acceptance speech for the Cecil B. DeMille Award at the 2017 Golden Globes has made headlines within the last week. Streep took her time on the stage, not only to reaffirm the value of the arts, but also to highlight their connection to politics. In a sense, her speech was a type of art; while some may claim that she was abusing her fame to forward her own agenda, in reality she was doing what actors do best—evoking empathy from an audience to effectively argue a point.

Although never directly naming the President-elect, Streep clearly alluded to Trump through his past mockery of a disabled reporter. She compared the incident to a scene from a movie, as if Trump and the reporter were two actors, entering our lives to offer us a different perspective on life. “There was one performance this year that stunned me,” she said in her speech. “It was that moment when the person asking to sit in the most respected seat in our country imitated a disabled reporter, someone he outranked in privilege, power, and the capacity to fight back. It kind of broke my heart when I saw it, and I still can’t get it out of my head, because it wasn’t in a movie. It was real life.” Streep continued her fierce denouncement of Trump’s character, saying “Disrespect invites disrespect. Violence incites violence. When the powerful use their position to bully others, we all lose.”

Some may argue that celebrities should stick to their field and keep away from politics. However, Streep’s assertions were well founded and principled. The usage of a celebrity’s fame as a platform to raise significant matters, matters of which impact their life and society, is totally valid. Just as any other citizen, freedom of speech is a natural human right. In addition to this, the work of an actor, or any other type of artist, is to bring forth expression and perspective to the public eye. Streep was within her right as a citizen and as an artist to critique Trump.

This phenomenon of liberally inclined Hollywood celebrities, vocalizing their views and utilizing their influence on the masses has raised the concern of some conservatives. As is typical of Trump, he responded to Streep through a series of asinine tweets stating, “Meryl Streep, one of the most over-rated actresses in Hollywood, doesn’t know me but attacked last night at the Golden Globes. She is a…Hillary flunky who lost big.”

But what Trump, conservatives, and even Ben Affleck don’t understand is that Streep isn’t trying to be a leader. She isn’t trying to incite a grassroots campaign to overthrow the President-elect. She recognizes her privilege and her constraints as an actor, saying in her speech that she agreed with Tommy Lee Jones that she is “just an actor.”

But she went on to remind the audience what it truly means to be “just an actor.” The profession at its core, forgetting the frivolous and vapid elements that go along with stardom, is meant to allow performers, as Streep says, “to enter the lives of people who are different from us, and let [the audience] feel what that feels like.”

Now, more than ever, we need to remember the importance of empathy; it is the only way we can even try to understand what it would be like to be oppressed and marginalized, to live under fear that the new government and its supporters will try to hurt you, deport you or invalidate or mock your existence. Without understanding, it is impossible to be an ally to those most vulnerable under a Trump presidency. However, understanding others isn’t only reading well-written think pieces on race relations or watching a news report on the new policies Trump will try to pass. To be clear, these are extremely important components to understanding the complexities of a systemic problem and essential to resisting Trump in the future. But, it is impossible to deny that another key component in becoming or wanting to become a good ally is empathy—trying to truly feel others’ pain and struggles.

That’s where acting can help, even if marginally. Of course, this is not to overly glorify the acting profession or actors in general, but it is to defend celebrities like Streep who can understand the potential of their career, beyond large salaries and fame. Acting, and art more generally, can help bridge the gap between those with different political affiliations through the use of emotion. When you are able to really see, hear, and feel somebody’s experiences, you’re more inclined to understand them better and, quite possibly, more inclined to want to help. If more actors, especially those who are minority and female, are able to express themselves and their stories through their art, it could have the potential to evoke compassion and sympathy from those so resistant to their cause.

Soulet Ali is a first-year in the College.