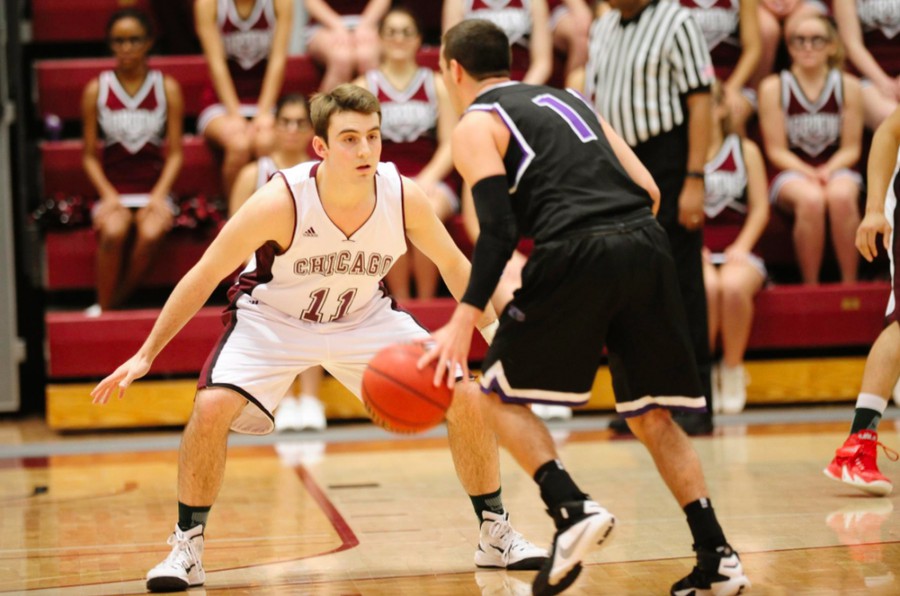 By Siddharth Kapoor   and Rhea Bhojwani

On Sunday, the UChicago men’s basketball team slumped to its fifth straight defeat against Emory University, with the Eagles winning 80–72. The Maroons fell to an 8–6 record and 0–3 in UAA play. The Eagles, on the other hand, bolstered their record to 10–4 and 1–2 in the UAA.

The game was tight from the beginning to the end, but it never seemed like Emory was ever in any trouble. From the get-go, the Eagles established a 10–4 lead and never looked back. Every time Chicago came close, Emory responded with a run of its own. This resulted in the South Siders trailing 38–27 in the first half. The visitors were hurt by their inability to retain the ball, with 11 turnovers in the first half.

This only got worse in the second half: The Eagles stretched their lead to 56–40 midway through the half, which was the biggest lead in the game. The Maroons tried putting together a run toward the end of the game with fourth-year guard Tyler Howard scoring a few key points to bring the deficit back to single digits with 24 seconds to go. However, it was too little, too late as the Eagles were able to hold out on their home court.

As a whole, the Maroon men shot 41 percent from the field, 24 percent from three-point range, and 55.2 percent from free throw line. In comparison, Emory shot 50 percent from the field over the course of the game. UChicago led the rebounding stats with a 39–35 advantage but failed to dominate the turnover category, losing the battle 16–11. Second-year guard Noah Karras set the tone for the team as he scored 16 points and also managed to add five rebounds. Fourth-year forward Waller Perez also made significant contributions as he tallied 11 points and seven rebounds.

The Maroons will be back in action on January 20 at 8 p.m. against Brandeis in Ratner Athletics Center.