The University has an obligation to do everything in its power to resist Trump's discriminatory order. 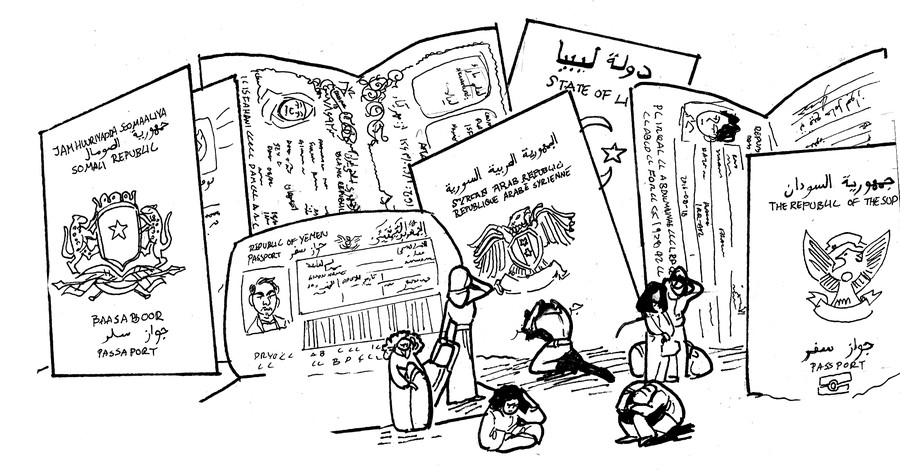 The University of Chicago, its students, and its faculty have a collective moral obligation to publicly condemn President Donald Trump’s “Executive Order on Protecting the Nation from Terrorist Attacks by Foreign Nationals” and to vociferously advocate for exceptions to the ban for members of the UChicago community. While I approve of the positive steps the University administration has taken so far—University President Robert Zimmer and Provost Daniel Diermeier sent an e-mail to the University community on Sunday affirming “the commitment of the University of Chicago to our international students,” and a second e-mail from Executive Vice Provost Sian Beilock and Dean of Students Michele Rasmussen describes the University’s “steps to assist members of our community,” who “are understandably anxious about the ongoing developments”—the administration and the UChicago community as a whole must take even stronger action to protect our community and defend our commitment to freedom and equality enshrined in our nation’s founding documents.

Trump’s executive order (EO) suspends the entire U.S. refugee resettlement program for 120 days; proclaims that “the entry of nationals of Syria as refugees is detrimental to the interests of the United States;” and implements a 90-day ban on visas issued to both immigrants and nonimmigrants from seven Muslim-majority countries: Iran, Iraq, Sudan, Syria, Libya, Somalia, and Yemen. This order is an illegal and immoral assault on the most vulnerable victims of terrorism and on our fundamental American values. It allows xenophobic fear and hysteria to override respect for legal precedent, to warp basic ethical sensibilities, and to cloud our rational thinking about what is needed for our security.

The Cato Institute describes in detail why it is illegal for Trump to use section 212(f) of the 1965 Immigration and Nationality Act (INA) to authorize his EO. Furthermore, one of the major proponents of the original 1965 bill, Ted Kennedy, stated that the law intended to “eliminate the national-origins system, which was conceived in a period of bigotry and reaffirmed in the McCarthy era.” This American “period of bigotry” initially barred my Korean grandparents from entry into the country, and includes the 1882 ban on Chinese laborers, the 1917 ban on natives “on the Continent of Asia,” a 1924 national origins quota system, and finally the Immigration and Nationality Act of 1952. Trump’s interpretation of the INA threatens to revive the bigotry and xenophobia that its architects strove to leave behind to build a stronger and more inclusive country.

Despite decades of court precedent that maintain the illegality of discriminating against immigrants based on national origin, as well as recent federal action calling into question the constitutionality of the EO’s jurisdiction over green card holders, those who support the EO might justify the ban as a necessary means of ensuring American security. Yet Trump also offers an exception to the nationality ban for Christian religious minorities. This preferential religious treatment does not track significant discrepancies in the group’s greater need for protection from terrorism. According to a 2011 report from the National Counterterrorism Center, Muslims suffered between 82 to 97 percent of terrorism-related fatalities. Those familiar with these facts would likely view this religious exception as amounting to an assertion that Muslims from these countries threaten American security while Christians pose none.

However, we must decouple the effects of the EO from the security concerns it purportedly works to address. The EO issues a blanket nationality ban on those coming into the country from Iran, Iraq, Sudan, Syria, Libya, Somalia, and Yemen. According to a report from the Cato Institute, not a single American has been killed by a national on this list from 1975 to 2015. Furthermore, if we even were to entertain the notion of supporting, at best, an ethically-disgraceful and legally-contestable nationality ban for the sake of security, Trump’s list notably excludes Saudi Arabia, and thus this measure would have done nothing to prevent the terrorist attacks of 9/11.

The other misguided components of Trump’s executive order are his 120-day ban on refugee resettlement and his indefinite ban on Syrian refugees. Refugees are already the most heavily-vetted individuals to enter the U.S.; their resettlement process takes 18 to 24 months and already includes extensive background checks, biometric checks, and in-person interviews. Furthermore, the U.N. High Commissioner for Refugees uses a needs-based process to allocate applicants to one of 28 host countries, which refugees ultimately do not choose. The process, as reported by a number of resettled refugees, is grueling. It would not be freely chosen except by those in the most dire circumstances. Trump will also slash the annual number of accepted refugees from 120,000 to 50,000 at a time when 21.3 million refugees are displaced worldwide during the worst refugee crisis in recorded history. We need only look back to the last century’s memory of the Holocaust to understand how the decision to bar immigrants and refugees from entry into our country could mean the difference between life and death for thousands if not millions of people—while offering only the most miniscule of benefits, if any, to U.S. security.

Why does University of Chicago administration itself have a moral obligation to publicly condemn and advocate against this executive action? The 1967 Kalven Report, which describes the University’s role in political affairs, states, “A university, if it is to be true to its faith in intellectual inquiry, must embrace, be hospital to, and encourage the widest diversity of views within its own community.” While the Report cautions that the University “cannot take collective action on the issues of the day without endangering the conditions for its existence and effectiveness,” it also states, “from time to time instances will arise in which society, or segments of it, threaten the very mission of the university and its values of free inquiry. In such a crisis, it becomes the obligation of the university as an institution to oppose such measures and actively to defend its interests and values.”

Trump’s executive order threatens the very mission and intrinsic values of the University by preventing students from the targeted countries from being able to participate as free and equal members of our intellectual community. It will bar these students and faculty members from traveling in and out of the country, and it will prevent them from getting any necessary extensions on their student or work visas. It will also prevent accepted applicants from these countries from being able to attend UChicago.

The president of Columbia University issued a public condemnation on Sunday in keeping with the values upheld by our own University by decrying it as “discriminatory, damaging to America’s leadership in higher education, and contrary to our nation’s core values and founding principles.” The University of Michigan has refused to release the immigration status of its students. UChicago must follow suit with language and action at least as strong, forceful, and effective. Specifically, Zimmer should:

If the University fails to take these minimal actions, it assents to the view that the individuals affected by the order constitute real threats to national security, it condones any limitations they may face in their intellectual pursuits at this institution, and it accepts the discriminatory spirit of decree. The University’s willingness to zealously uphold its “commitment to academic freedom” against “the creation of intellectual ‘safe spaces’” and “so-called trigger warnings”—compared with its reluctance to condemn an executive order banning the entry individuals on the basis of nationality—betrays moral inconsistency at best and cowardice at worst. The University of Chicago has never openly discriminated against applicants on the basis of race or gender. It must continue to defend this proud history by fighting for its right to welcome students from all countries, and by standing up for its mission to foster a flourishing intellectual community that represents the widest diversity of voices and ideas.

This political climate has forced me to ask myself: What does it mean to be an American citizen? For some, “being an American” is something passive; it might just mean that we were born or naturalized within the geographical borders of a nation-state known as the U.S.A. But America’s unique self-understanding has always been grounded, not on a specific ethnic identity, but on shared political ideals—more specifically, on a commitment to freedom and equality. We are united by our belief in our Constitution, and in our support for our Declaration of Independence. Yet “holding” these beliefs by merely admiring them abstractly is not enough to make us American citizens. To be an American is to strive to realize the dream of America—it is to direct our life decisions through its values so we become citizens molded by its ideal image.

The current political situation makes it far easier to adopt a pessimistic outlook and to treat this ideal as a lost cause. Right now, it seems easy to stop identifying with the nation at large when it has elected a man many of us do not support. However, it is our obligation to actively fight against his policies instead of secluding ourselves within comfortable, like-minded communities. Silence is complicity. Inaction is just as consequential a reflection of our characters as protesting forcefully in the streets.

I want to be an American citizen who strives to build a character and country worthy of its ideals. I urge my fellow students and the faculty whom we so deeply admire to join me on this mission.

You can take a look at the action guide compiled by the Student-Led Movement to End Mass Atrocities to find the phone-numbers of U.S. Senators, call-in scripts, and talking points to write op-eds to your local newspapers about this issue. You can also sign the student-created petition calling on the University to directly challenge the legality of Trump's executive order. Now more than ever, it is a necessity that our representatives, both in politics and in the University, take concrete action against this order to defend our American values.

Elisabeth Huh is a fourth-year in the College majoring in Fundamentals: Issues and Texts.

Update from the author: While the letter sent by President Zimmer to the White House Monday morning states that barring immigrants entry to the U.S. will "weaken the nation’s world-leading higher education institutions,” it also notes that University administrators “appreciate the need” to address “a concern for national security” and simply urges that “the methods of doing so be examined and thought through carefully.” The University must leave behind such mild language to explicitly condemn this executive order, and it must take on far more active measures to defend its mission, including but not limited to appealing to section 3(g) of Trump’s executive order to advocate for exceptions to the ban for the members of its community.