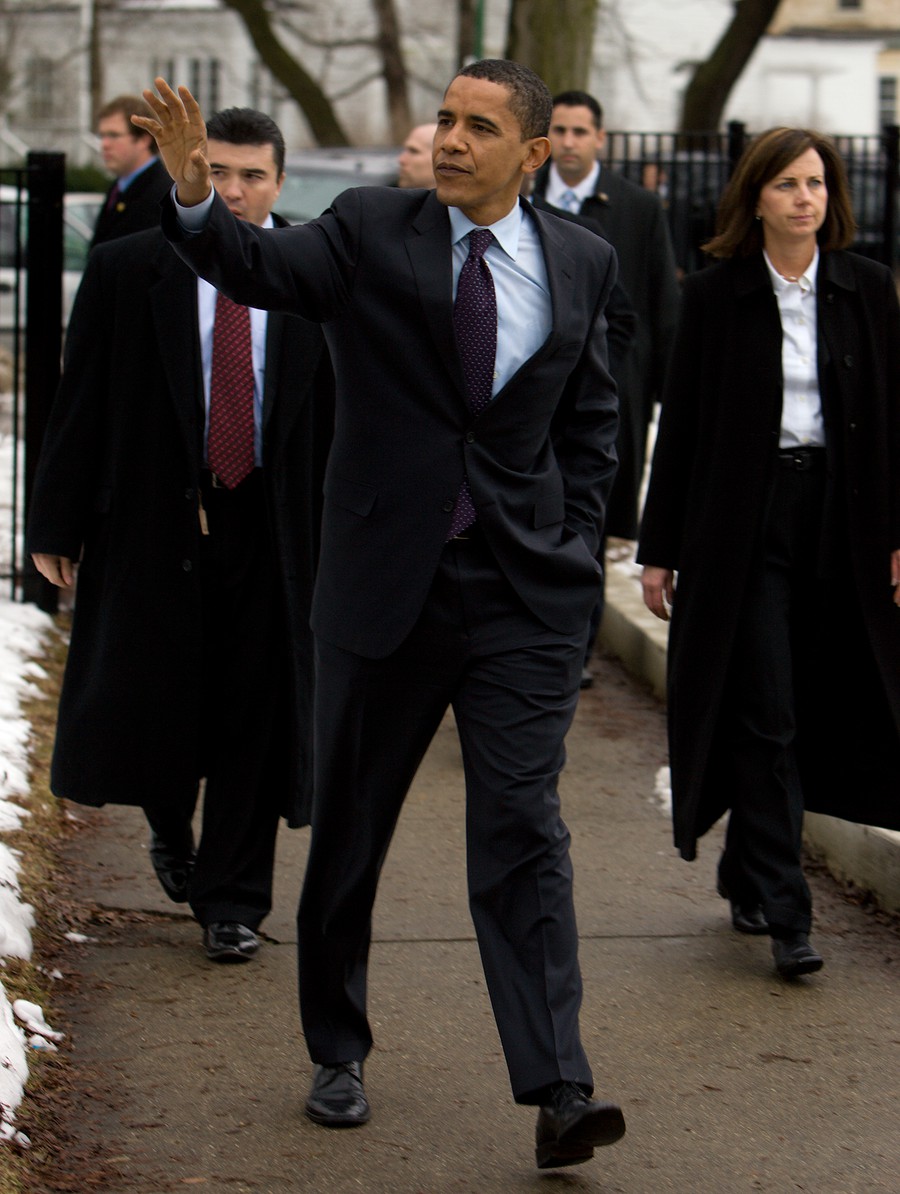 Senator Barack Obama and wife Michelle leave the 23rd precinct polling place at Shoesmith Beulah Elementary School in Kenwood after voting in the Illinois primary on Super Tuesday in 2008.

In a statement early Monday morning, the 44th president endorsed King, his longtime friend, in Obama’s first political statement since leaving office. The Obama family has known King for a long time, since her days of founding the nonprofit Harriet’s Daughters and as a teacher and administrator in Chicago Public Schools, as well as her time with the Obama campaign in 2008.

“Michelle and I have known Sophia many years as a leader dedicated to improving her community. Over the years, Sophia has worked to make neighborhood schools and communities better,” Obama said in his statement. “Sophia is the type of leader Chicago and the 4th Ward need.”

King was appointed by Rahm Emanuel as Fourth Ward alderman after Will Burns stepped down from the position to work as an executive for Airbnb. She has since joined the progressive caucus, which frequently opposes the mayor.

Of the four, Livingston has been the most outspoken so far about the Obama endorsement. He complained that the endorsement was effectively cheating, and spoke out against it on Monday.

“One of the great problems of Chicago is when friendship trumps responsibility to the citizens,” Livingston told DNAinfo.

This endorsement marks the lowest level political race former President Obama has been involved in using the influence of his presidency, the previous being Juliana Stratton in the Illinois Fifth District House race last March.

The Fourth Ward stretches along the shore of Lake Michigan from the northern reaches of Hyde Park to the southernmost part of downtown. The aldermanic candidates will meet Saturday at an aldermanic forum sponsored by the Hyde Park Herald. The election will be on Tuesday, February 28 and a complete list of polling locations can be found here.