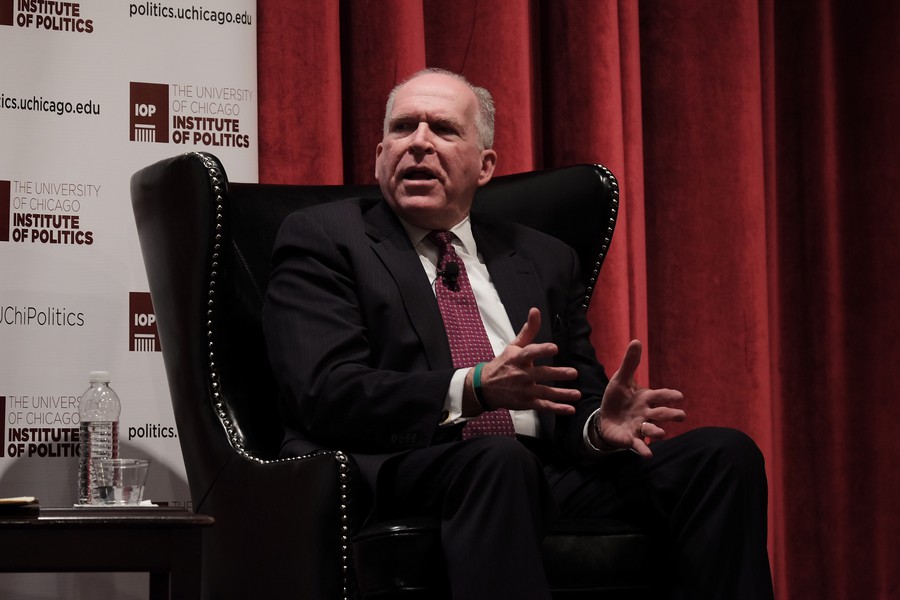 Outgoing CIA director John Brennan discusses the state of US intelligence at International House on January 5.

The director of the CIA was emphatic in his support for the Obama administration’s sanctions against Russia during a talk hosted by the IOP at International House. The sanctions were retaliation for alleged government-sponsored hacking in the 2016 United States presidential election and the physical abuse of U.S. diplomats in Moscow.

John Brennan spoke with a small group of students at the Institute of Politics (IOP) on Thursday afternoon and to a larger audience later in the evening at International House, where he was interviewed by Political Science professor and terrorism expert Robert Pape.

Brennan began his service with the CIA in 1980 as an analyst, later serving as chief counterterrorism advisor to President Obama until his appointment to Director in 2013. 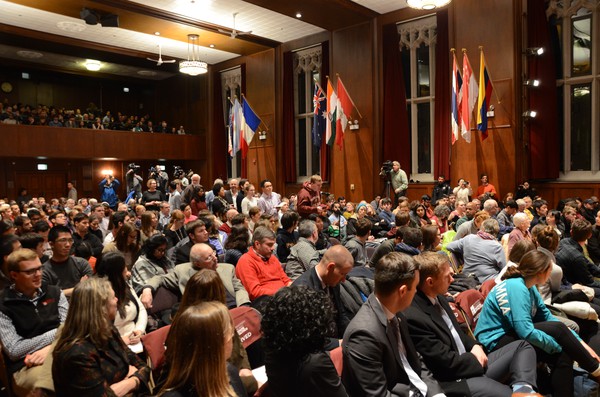 Regarding the recent sanctions against Russia, he stated that the expulsion of thirty-five identified Russian spies from U.S. soil and the closure of facilities in the U.S. owned by the Russian government clearly present a “disruptive impact” on Russian intelligence.

“Some people argue that we needed to do more,” Brennan said in the student session at the IOP, citing an interview given on Wednesday by former Acting CIA Director Michael Morell. “[Morell] talked about the need to have greater sanctions against Russia, for example, prohibiting U.S. banks from doing business with any foreign bank that is going to do banking with Russia. That’s a bit of a nuclear option . . . almost a declaration of economic war against Russia,” Brennan said. He argued that such measures could drastically hurt the global economy and create national security risks. “Frankly, I don’t believe this was the time to do something like that.”

According to Brennan, economic sanctions did, however, serve as an effective impetus for negotiation in the 2015 Iran Nuclear Deal. “The deal that was struck with the Iranians was better than a lot of people, including in the government, thought we’d get,” he said, “and it was because the Iranians were determined to get themselves out of this downward economic spiral. . . . We recognized that there was a motivation on the part of the Iranians to strike a deal, and that was why we aimed high.” 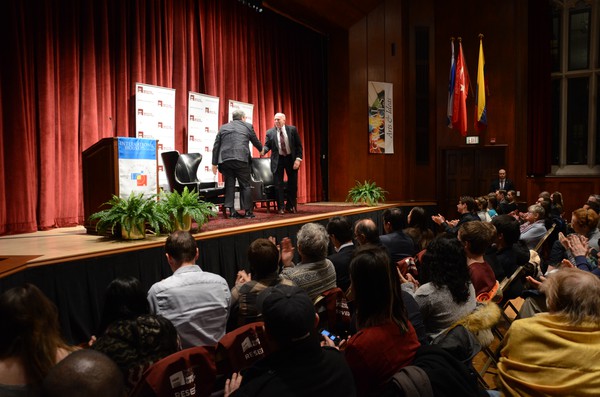 Yao Xen Tan / The Chicago Maroon
Asked about U.S. involvement in combating the rise of the Islamic State, Brennan emphasized the complex factors giving rise to terrorism in Iraq and Syria as well as the U.S.’s military entanglements. “A lot of people think that the United States has abdicated its leadership role in a lot of these places,” he said, “but they don’t recognize that a lot of these trends and developments have their own engines.”

He added that the U.S.’s alliance with Turkey is complicated by the fact that the U.S. also counts the YPG, or People’s Defense Units, as one of its counterterrorism partners. The YPG is a subordinate of the Kurdistan Workers’ Party (KPP), officially labeled a terrorist organization by the U.S. government. “The YPG is really the only available fighting force in northern Syria that is able to push forward to Raqqah and try to push ISIL out,” Brennan said, adding that Turkey has advised the U.S. not to provide weapons to the YPG for fear of aiding the KPP. “It’s a very legitimate argument. . . . It’s a multidimensional chessboard.”

On the subject of a potentially strained relationship between the CIA and President-elect Trump—who has refused daily intelligence briefings and repeatedly expressed skepticism in the CIA’s findings—Brennan remained optimistic. He will meet the President-elect for the first time tomorrow in New York City, to deliver an in-person intelligence briefing. “Once you leave the . . . glaring spotlight of the public, then you really have to roll up your sleeves and say, Okay, what are we going to have to do to keep the country safe?” Brennan said.

“The incoming administration will have a period of learning about what the CIA does. . . . I am hoping that [President-elect Trump] is going to be respectful of the profession, respectful of the agency and of the rest of the intelligence community, and I’m looking forward to a rather robust, if not sporty, discussion on this issue.”

This article incorrectly stated that Brennan began his CIA career in 1988.